Chairing the video meeting at the Chinese embassy in London, Chinese Ambassador to Britain Liu Xiaoming said after a strenuous struggle and tremendous sacrifices, the situation in China has improved and the economic and social order is getting back to normal. But the virus continues to spread around the world and the situation in Britain is worrying.

"At this critical moment, no country is immune. We must stand in solidarity and come to each other's aid," said Liu.

Expressing thanks to the British government for its sincere help and support to China during the COVID-19 outbreak, Wang Hua, vice chairman of the Standing Committee of Shandong Provincial People's Congress and leader of the Chinese medical working group, said the group has brought medical supplies including ventilators, test kits and medical protective equipment to support the British people in fighting the epidemic. 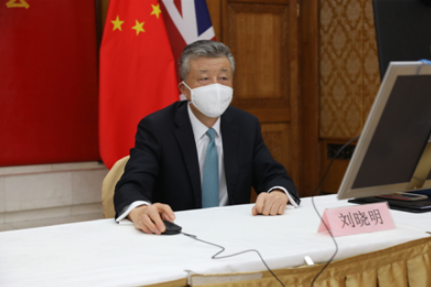 The working group traveled to Britain to visit the Chinese community here and assist in Britain's fight against the epidemic. The group is willing to work with the British colleagues to implement the important consensus reached between leaders of the two countries, Wang said.

For his part, Van-Tam hailed China's effective measures to control the epidemic while paying tribute to the bravery of Chinese medical staff in fighting the epidemic.

Noting that Britain is now at a critical stage in combating the epidemic, the deputy chief medical officer for England thanked China for offering Britain assistance and urgently needed medical supplies such as ventilators and personal protective equipment. 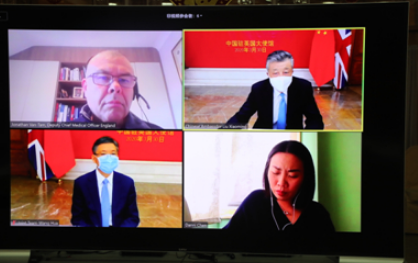 Britain is willing to learn from China's knowledge and experience in epidemic prevention and control and diagnosis and treatment, while continuing to strengthen cooperation between the two countries in fighting the epidemic, he said.

According to Britain's Department of Health and Social Care, the number of confirmed cases of COVID-19 in Britain reached 29,474 as of Wednesday morning, an increase of 4,324 in 24 hours.

As of Tuesday afternoon, of those hospitalized in the country who tested positive for novel coronavirus, 2,352 have died, up 563 over the same time on the previous day, said the department.