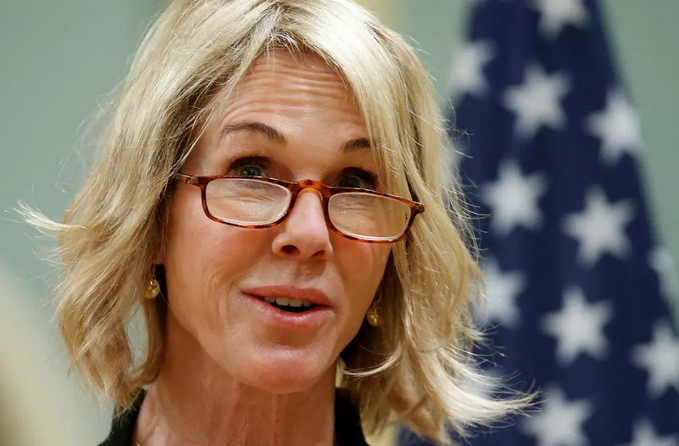 Craft, the U.S.' permanent representative to the United Nations, "spread lies to smear China and intentionally created hostility, all for the purpose of domestic politics. China categorically rejects her remarks," the spokesperson said.

The spokesperson said Craft's claim to differentiate the Chinese people from the Communist Party of China (CPC) was hypocritical. "The United States' gratuitous bullying has harmed the interests of all Chinese people, who are indignant. The attempts of certain American politicians to estrange the CPC and the Chinese people are doomed to failure. The Chinese people will not allow anyone, any force to separate them from the CPC."

In the fight against COVID-19, China has been carrying out international cooperation in an open, transparent and responsible manner, said the spokesperson, adding that Craft's accusation against China and the World Health Organization (WHO) is totally groundless. China's sacrifice and contributions are recognized by the United Nations, the WHO and the international community. Political maneuvering and blame-shifting will not make up for wasted time and will not save lives, the spokesperson noted. The spokesperson asked the U.S. government to focus its time and energy on the protection of American lives and take leadership to overcome the crisis as soon as possible.

China is firmly opposed to U.S. efforts to smear and stifle Chinese companies such as Huawei, said the spokesperson. Craft said her previous position as U.S. ambassador to Canada was focused on the arrest of Huawei executive Meng Wanzhou, suggesting that Meng's case is of a political nature, said the spokesperson.

"Until now, the U.S. claims about Huawei are not substantiated. Facts have proved that U.S. attempts to smear and stifle Chinese companies are out of its evil intention to suppress any challenge to its superiority," said the spokesperson.

In her remarks, Craft indicated that the United States would use every opportunity to attack China within the UN Security Council, said the spokesperson. The United States has violated rules and procedures and abused multilateral platforms for the needs of domestic politics, undermining UN work and damaging the atmosphere of cooperation within the Security Council, the spokesperson noted.

This year marks the 75th anniversary of the founding of the United Nations, with multilateralism becoming international consensus. The deeds of the United States have proved that it has become the biggest saboteur of international order and is pulling the world back to the age of the law of the jungle, the spokesperson added.