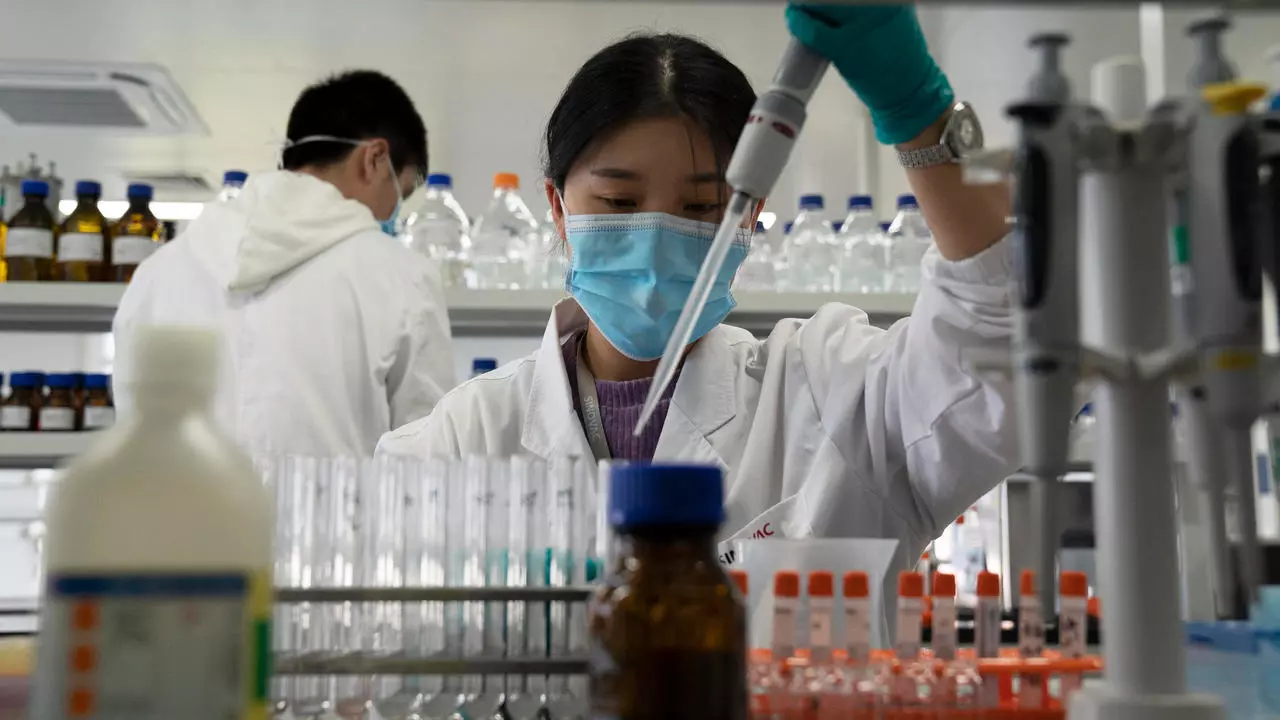 An employee of Sinovac works in a lab at a factory producing its SARS-CoV-2 vaccine for Covid-19 named CoronaVac, in Beijing, China, on September 24, 2020. (File photo: AP)

“Among all the vaccines that are under development and being tested against the COVID-19, the Chinese vaccine, called CoronaVac, is one of the safest,” said Dimas Covas, director of Brazil’s Butantan Institute.

Studies carried out in Brazil with 9,000 health volunteers, aged between 18-59 years old, have been proving the safety results that had already been registered in phases 1 and 2 tests in China. In Brazil, only 35 percent of these 9,000 volunteers had mild adverse reactions after applying the vaccine, such as pain at the application site or a headache. There was no record of serious side effects during the test.

São Paulo State hopes to obtain regulatory approval for CoronaVac by the end of the year to start inoculating its population early in 2021, in what could the first vaccination programs in the Americas.

The São Paulo State government will receive 46 million doses of the vaccine by December, in which 6 million of which will be ready in October, and the remaining 40 million to be produced at Butantan. According to the agreement, Sinovac will also provide technology to Butantan. Some experts in Brazil evaluated that there is only one last mile for CoronaVac before it can be put on the market.

On Tuesday, Brazilian Health Minister Eduardo Pazuello said the federal government had reached a deal with São Paulo State to buy 46 million doses of CoronaVac. However, less than 24 hours later, Bolsonaro rejected all the agreements between the Health Ministry and states.

Political science professor at Getulio Vargas Foundation, Claudio Couto felt the president’s move had little to do with the virus and was more a way to hurt Sao Paulo Governor Joao Doria, who is widely cited as a likely challenger to Bolsonaro’s 2022 reelection bid.

Bolsonaro signed a provisional measure in August that grants a budget credit of R$1.9 billion ($380 million) to ensure the purchase of 100 million doses potential vaccine against COVID-19 developed by the British laboratory AstraZeneca and the University of Oxford.

A study published in the journal Nature reveals that 85.3 percent of Brazilians are willing to be vaccinated against COVID-19 if “a proven safe and effective immunizer is available".

A local resident in Rio de Janeiro told People’s Daily that he has been paying close attention to China-Brazilian cooperation with the COVID-19 vaccine development, and hopes a vaccine can be available as soon as possible. Therefore, some people hold ideological views for vaccine issues. A study of 2,771 Brazilians carried out by University of Brasilia indicated that 16.4 percent of respondents reduce their intention to immunize only because the vaccine is from China.

Some governors, including Flavio Dino in Maranhão State, said they would fight the Bolsonaro administration if it refused authorization for a vaccine that works, no matter where it is from.

João Gabbardo, coordinator of the COVID-19 Emergency Center in São Paulo, said that vaccines should not be politicized, and the origin of vaccines shouldn’t be an immunization problem. "We hope everyone can stop the spread of the virus and return to a normal life," he said.

Medical professor from University of São Paulo, Gustavo Cabral, said when there is a vaccine approved by competent institutions and bodies, be it from China or elsewhere, people will be vaccinated, as the vaccine saves lives. “We cannot allow the conspiracy theories or political conflicts prevent us from controlling this pandemic,” he said.