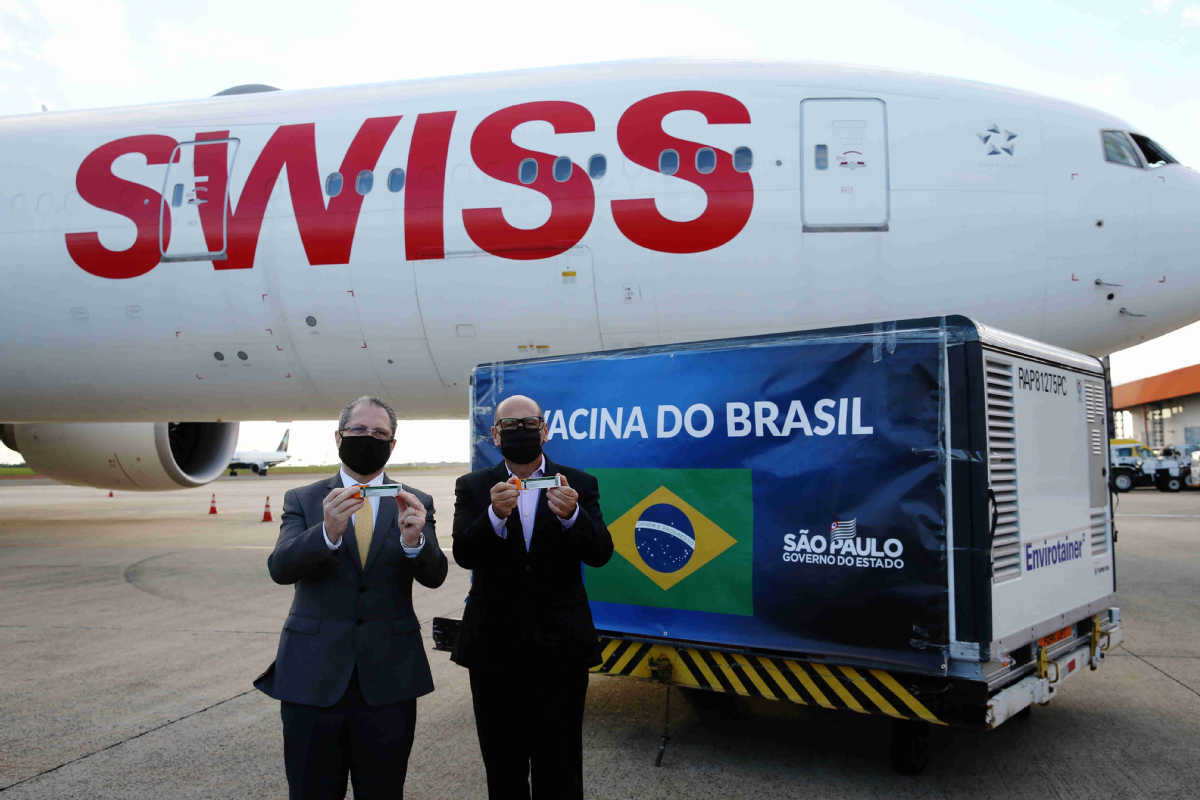 Vaccine developers based in China are poised to become the main source of COVID-19 vaccines for countries across Latin America due to their cost-effectiveness for a region with limited resources.

In Brazil, a shipment containing active ingredients for the production of 1 million doses of Corona-Vac, developed by Beijing-based Sinovac Biotech Ltd, is being processed by the Butantan Institute in Sao Paulo. Actual use awaits approval of authorities.

On Monday, Premier Li Keqiang called for solidarity of all countries to deal with the common challenge of COVID-19. Li made the remark in a phone conversation with Algerian Prime Minister Abdelaziz Djerad.

No country can escape the pandemic, which is still raging across the world, and there is nothing more important than safeguarding people's health and life, Li said, adding that vaccines are the "gold key" to combat the virus.

China stands ready to strengthen cooperation with all countries and jointly make contributions to enhancing the accessibility and affordability of COVID-19 vaccines, he said.

Chinese government has attached great importance to the safety and effectiveness of the COVID-19 vaccines, Foreign Ministry spokesman Zhao Lijian said at a news conference in Beijing on Monday.

Following strict scientific laws and regulatory requirements, Chinese manufacturers promote research and development in accordance with regulations, Zhao said. The companies follow international standards and laws and regulations in working with other parties.

"There have been several Chinese vaccines currently undergoing Phase III clinical trials in many countries, and progress is proceeding smoothly," he said. "China has also approved the emergency use of vaccines in the country," he said about China," and so far there have been no serious adverse reactions."

He also reiterated China's firm stance that the country will make the vaccine "a global public product" and supply it to the world at a fair and reasonable price, making China's own contribution to the realization of the availability and affordability of the vaccine among developing countries.

Other countries across Latin America are also looking to vaccines developed by Sinovac, CanSino Biologics based in Tianjin or Beijing-based Sinopharm Group to bring their immunization campaigns to fruition.

Argentina is also looking at vaccines developed in China. Sinopharm is running large trials for its vaccine in the country. Meanwhile, Mexico is pinning its hopes on vaccines from CanSino and Sinovac.

"We are moving forward with two Chinese vaccines, one from Sinovac and one from CanSino Biologics," said Daniel Dominguez, co-founder of AllBiotech, a Latin American biotechnology network.

"We are aiming first for the Chinese ones rather than the ones from Janssen (from Belgium) and Moderna (from the United States)," Dominguez said. "We need to have all the available options, given the complexity of the cold chains required for some vaccines."

Geographic challenges, high temperatures and weaker coldchain infrastructure across the region make Chinese vaccine candidates more appealing to Latin American countries than some of the others.

By comparison, Sinovac's vaccine can be stored at between minus 2 C and minus 8 C, the temperature of regular commercial freezers. Similar temperatures are required to store and transport the vaccines produced by CanSino and Sinopharm.

"If the countries are not equipped with the required super fridges, it would be really challenging to distribute the vaccines that require ultra-refrigeration processes to be stored and transported," Dominguez said.

"The data corroborates that it is the safest vaccine on the market, and we achieved the superiority in efficacy required by the WHO and Brazil's Health Regulatory Agency," Dimas Covas, director of the institute, said at a news conference." It is a historic day for Brazilian science because of the hope it brings to Brazilians."

Peru, like other countries in the region, is looking to the COVAX initiative for support. COVAX is a global collaboration brought together by the World Health Organization and Gavi, the vaccine alliance, to support the research, development and purchase of COVID-19 vaccines. China is part of COVAX, while the United States is not.

Peru joined COVAX, as did many mid-income countries.

Like Peru and Brazil, other countries looking to COVAX are Argentina, Chile, Colombia, Ecuador, Mexico and Venezuela. So are El Salvador, Honduras and Nicaragua, three countries that qualify as low-or middle-income and are part of a group of 92 such countries around the world that COVAX supports.