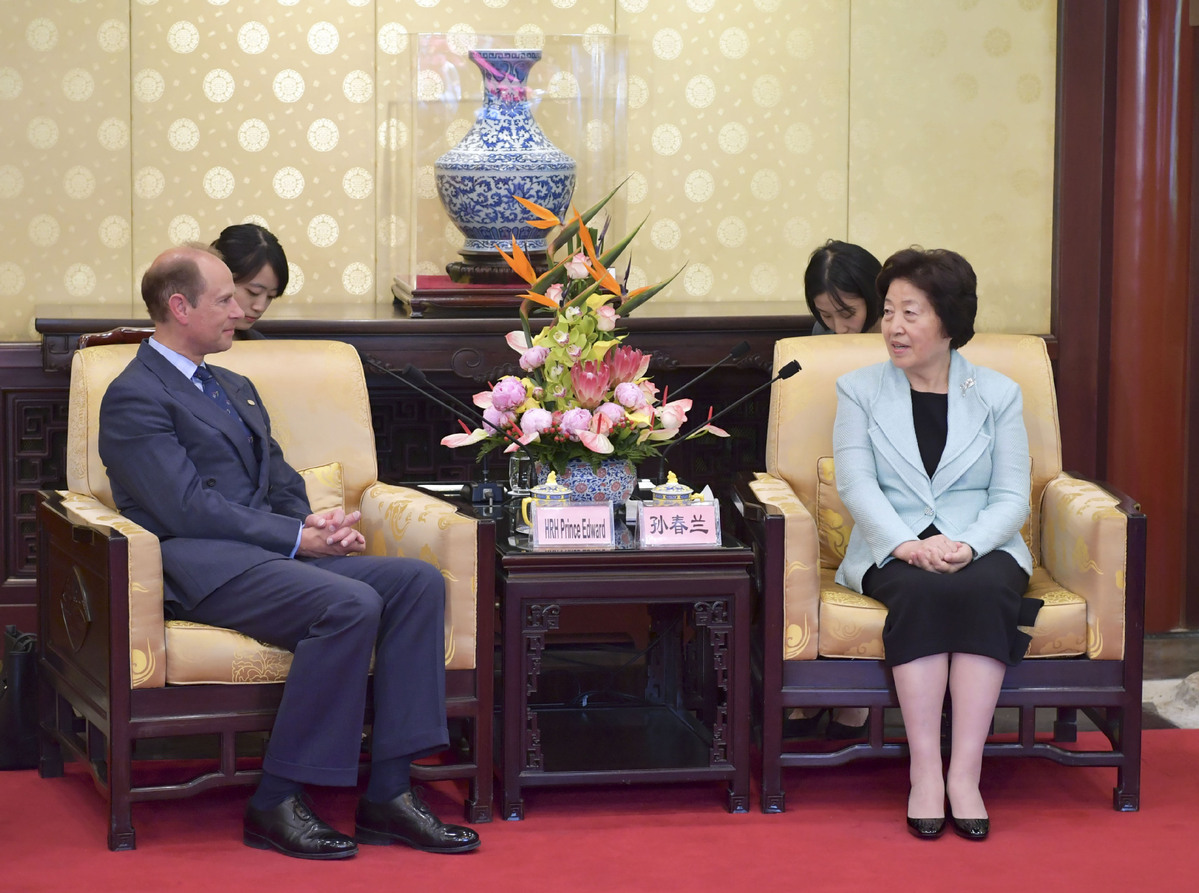 Sun spoke highly of the active role of the British royal family in boosting China-Britain relations and enhancing the friendship between the two peoples.

Sun said China attached great importance to relations with Britain and was ready to work with Britain to consolidate political mutual trust, maintain the momentum of cooperation in various fields, enhance people-to-people exchanges, and inject new content to the "Golden Era" of bilateral ties.

Edward said the British royal family was committed to cooperation in education and on youth with China to promote the "Golden Era" of bilateral relations.