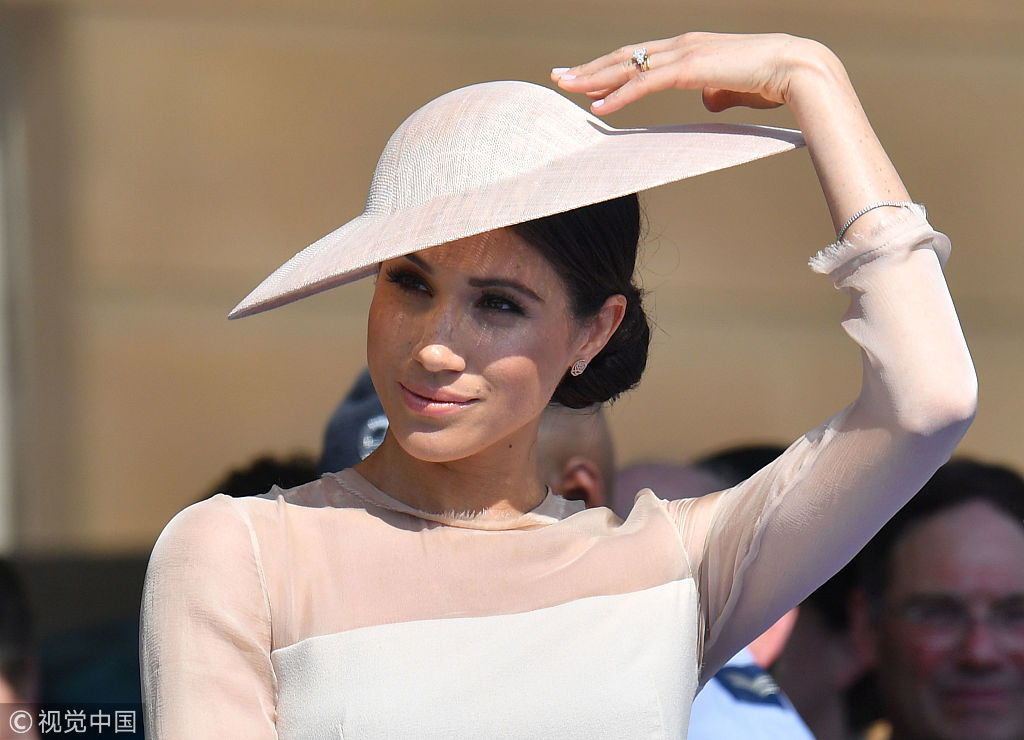 The Duchess of Sussex at a garden party at Buckingham Palace in London which she is attending as her first royal engagement after being married. (Photo: VCG)

Days after the royal wedding of Prince Harry and Meghan Markle, several Chinese we-media are embroiled in controversy over "discriminatory" headlines that questioned Markle's race and marital status.

"How on earth can a 37-year old, divorced, African American, show-biz woman marry His Royal Highness Prince Harry?" was the headline of the WeChat account of the Beijing-based newspaper Writer's Digest, which was severely criticized after being shared on Sina Weibo.

Similar headlines like "Why was Prince Harry so silly to marry a divorced nobody in show business?" "The actress with a dirty history could marry the prince, let's call it a fairy tale in reality" and "Prince Harry married actress Meghan, who should feel ashamed?" are flooding we-media accounts on WeChat, Sina Weibo and other platforms.

Aside from the hundreds of thousands of page views the stories have received, the stories were also criticized as "disgusting" and showing a "pathetic moral attitude."

Labeling a divorced woman as a "shameful slut" is judging them based on appearance and age, wrote Weibo user "A vain lion."

The popularity of the headlines and that many we-media writers have to attract page views with such sensational headlines, reflect the prevalent discrimination based on race, gender, age and social status of women in marriage, Ke Qianting, a researcher on feminism and professor at Sun Yat-sen University, told the Global Times on Wednesday.

The deep-rooted stereotype listed young age and good social status as ideal, which Meghan is "unqualified" in the eyes of many Chinese, said Ke. Such values still perceive woman as a tool, and their values are judged by their "functions," such as whether she could have a baby, she added.

Aside from the sensational headlines, most of the stories praised how love can bring a mixed-race person and a blue blood together, and how an independent woman asserts her rights in modern society.

"I have to praise Prince Harry's taste. The submissive and delicate types are losing out to confident and independent modern women, who are able to conquer a prince regardless of how old she is and her past," wrote "I am Ms Shen."

Meanwhile, we-media writers should have higher standards for stories and more faith in people to avoid the spread of information that is untrue, discriminatory or sensational, Ke noted.