A Christchurch gun shop on Monday acknowledged selling guns online to the 28-year-old white supremacist accused of killing 50 people in mosque shootings that have upturned New Zealand’s reputation as among the world’s most tolerant and safe nations. 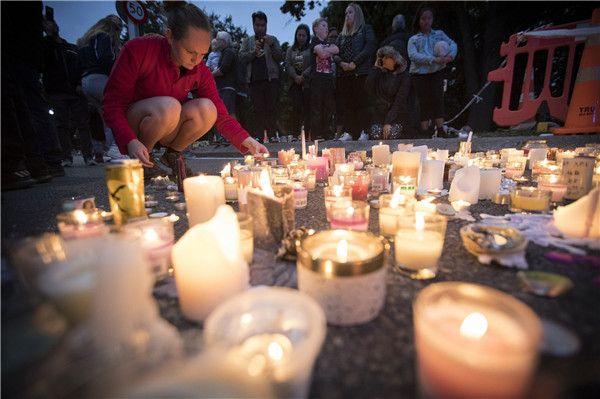 At a news conference, Gun City owner David Tipple said the store sold four guns and ammunition to Brenton Harrison Tarrant through a “police-verified online mail order process.” The store “detected nothing extraordinary,” about the buyer, he said.

Separately, New Zealand’s prime minister Jacinda Ardern said gun law reforms would be announced within 10 days and an inquiry conducted into intelligence and security services who failed to detect the risk from the attacker or his plans. There have been concerns intelligence agencies have been overly focused on the Muslim community in detecting and preventing security risks.

The police commissioner Mike Bush said police are certain Tarrant was the only gunman but aren’t ruling out that he had support.

“I would like to state that we believe absolutely there was only one attacker responsible for this,” he told a news conference. “That doesn’t mean there weren’t possibly other people in support and that continues to form a very, very important part of our investigation.”

None of the guns sold to Tarrant were military-style, semi-automatic weapons, according to Tipple. It was not clear if any of the firearms Tarrant purchased from Gun City were used in Friday’s shootings. 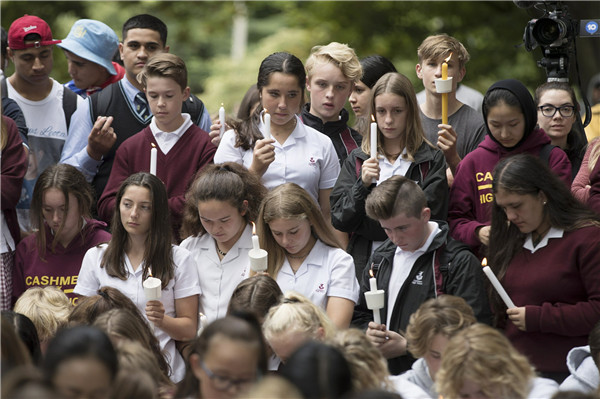 Students hold candles during a moment of silence as they gather for a vigil to commemorate victims of Friday's shooting, outside the Al Noor mosque in Christchurch, New Zealand, Monday, March 18, 2019.

In vowing to tighten gun laws, Ardern has said the attacker used five guns, two of them semi-automatic, which were purchased with an ordinary gun license and modified.

Tipple said he felt no responsibility for the tragedy and refused to say whether he believed gun ownership laws should change in New Zealand, insisting a debate over guns should be held at another time.

“This man wrote in his manifesto that the purpose of using a firearm was to divide us,” Tipple said. “If we allow him to make changes in our ideology, in our behavior, he’s won.”

His store has been criticized for leaving out a roadside advertising billboard that shows a parent helping children with rifle target practice in the wake of the shootings.

Three days after the attack, New Zealand’s deadliest shooting in modern history, relatives were anxiously waiting for word on when they can bury their loved ones. Islamic tradition calls for bodies to be cleansed and buried as soon as possible after death, usually within 24 hours.

Aya Al-Umari, whose older brother Hussien Al-Umari died at the Al Noor mosque, wept as she talked about a kind man, a quintessential big brother who delighted in teasing his little sister. 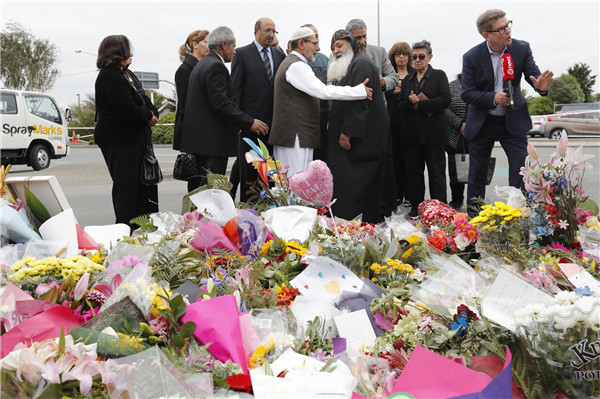 Imam Ibrahim Abdul Halim of the Linwood mosque, center left, is embraced by Father Felimoun El-Baramoussy, center right, from the Coptic Church at the site of Friday's shooting outside the Linwood mosque in Christchurch, New Zealand, Monday, March 18, 2019.

On Monday, the family was still waiting for the release of Hussein’s body. They have tried to be patient, and understand that police have a job to do, but they are growing weary of the lack of information.

“It’s very unsettling not knowing what’s going on, if you just let me know — is he still in the mosque? Is he in a fridge? Where is he?” Aya said. “I understand the police need to do their job because it’s a crime scene, but you need to communicate with the families.”

Members of the Muslim community and police were at a cemetery which has been fenced off and obscured with white netting. Backhoes had stopped digging and police officers said they were setting up a media area inside the cemetery.

Kawthar Abulaban, 54, who survived the shooting at the Al Noor Mosque, came to the burial site to see the preparations. She did not mind the row of photographers and reporters lined up outside the cemetery.

“I will not change my opinion about New Zealand. It’s my country,” she said. “You know I have lots of support, lots of love, lots of kindness from all of the New Zealand people.” 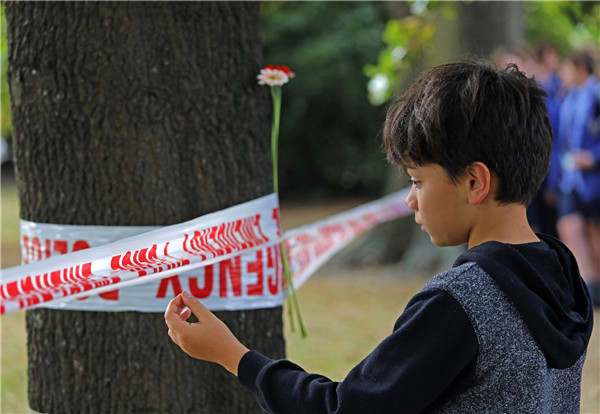 A boy pays his respects at a park outside the Al Noor mosque in Christchurch, New Zealand, Monday, March 18, 2019.

Tarrant, an Australian citizen who lived in New Zealand, appeared in court on Saturday where the judge read one murder charge and said more charges would likely follow. The New Zealand Herald reported Monday that he had dismissed his appointed lawyer and plans to defend himself.

Tarrant had posted a muddled, 74-page anti-immigrant manifesto online before the attacks and apparently used a helmet-mounted camera to broadcast live video of the slaughter.

Facebook said it removed 1.5 million videos of the shootings during the first 24 hours after the massacre. The revelation in a tweet provided a chilling snapshot of how quickly provocative and often disturbing images circulate on the internet.

Thousands of people struggling to make sense of the tragedy have paid tribute to the victims at makeshift memorials in Christchurch, a leafy city of 400,000 people known for its English heritage and the river that meanders through it.

Hundreds of flowers were piled up amid candles, balloons and notes of grief and love outside the Al Noor mosque and the city’s botanic gardens.

Some people sang tributes and others prayed as camera crews from around the world filmed the moving scenes.