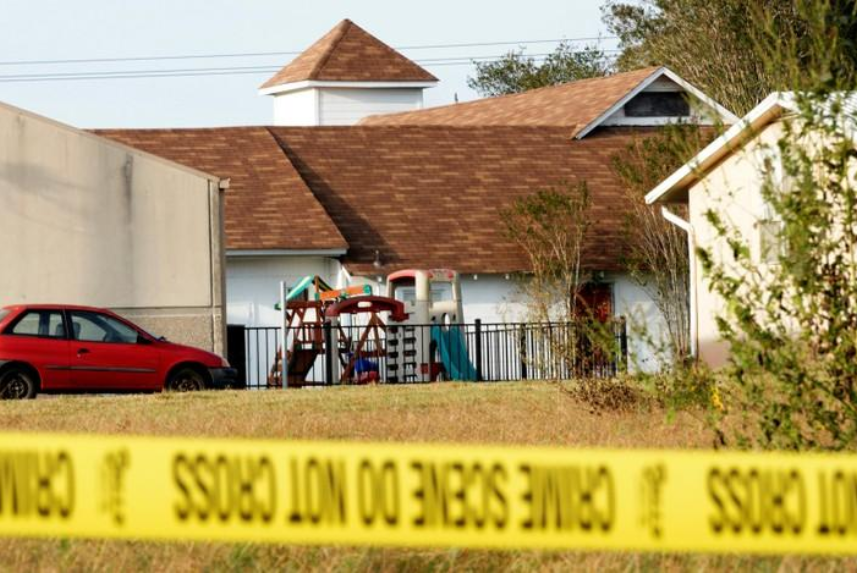 The playground at the site of a shooting at the First Baptist Church of Sutherland Springs, Texas, U.S. November 6, 2017. Photo: REUTERS/Rick Wilking

The gunman who slaughtered 26 parishioners at a church in rural Texas sent threatening text messages to his mother-in-law as a “domestic situation” roiled his extended family, authorities said at a news conference on Monday.

“There was a domestic situation going on within the family and the in-laws,” Freeman Martin, a spokesman for the Texas Department of Public Safety, told reporters. “The mother-in-law attended the church. We know he sent threatening ... that she had received threatening text messages from him.”