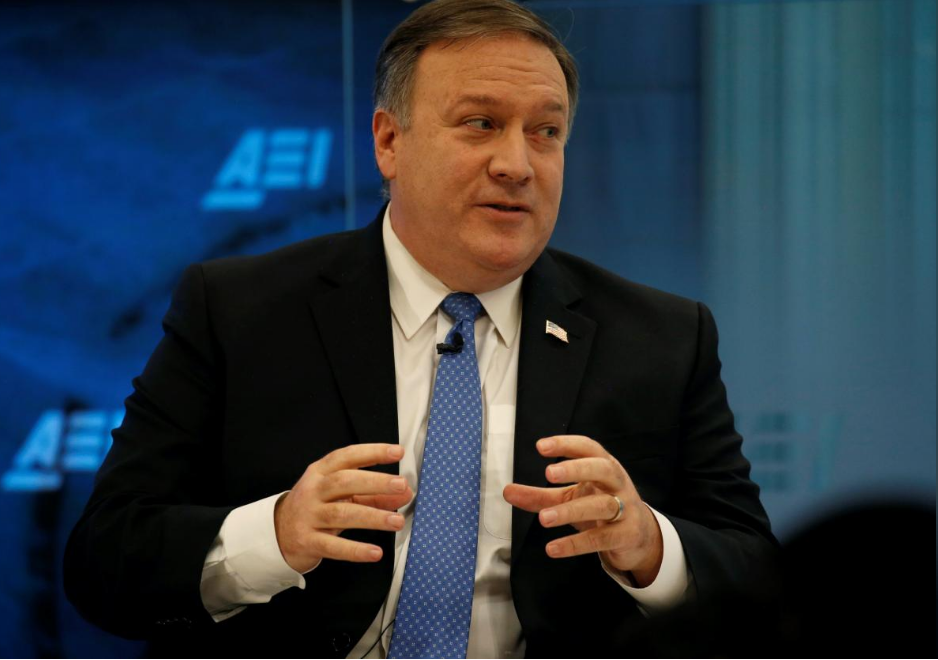 US Central Intelligence Agency Director Mike Pompeo on Thursday defended talks he had at CIA headquarters last week with Russian spy chiefs at a time of strained ties between Washington and Moscow and political squabbling over allegations of Russian meddling in the 2016 US election.

A US intelligence official, speaking on condition of anonymity, accused Moscow of disclosing the visit partly to fuel political discord in Washington over investigations of a Russian interference campaign that is rankling President Donald Trump and some of his fellow Republicans.

The US Senate’s top Democrat Chuck Schumer wrote to Director of National Intelligence Dan Coats on Jan. 31 asking why US intelligence officials met with Sergey Naryshkin, the head of Russia’s foreign intelligence agency, known as the SVR.

“We periodically meet with our Russian intelligence counterparts for the same reason our predecessors did - to keep Americans safe,” Pompeo replied to Schumer in a letter made public on Thursday. There is nothing “untoward” about such meetings, Pompeo said.

“We cover very difficult subjects in which American and Russian interests do not align,” Pompeo said. “We vigorously defend America in these encounters and pull no punches - we never will.”

The Russian Embassy in Washington did not immediately respond on Thursday to requests for comment on the meetings.

The Russian officials’ visit was made public on Tuesday by the state-run ITAR-Tass news agency and the Russian ambassador to Washington Anatoly Antonov tweeted the report.

Pompeo’s reply to Schumer failed to satisfy the senator.

“This letter is responsive to approximately none of the questions that were raised about these visits,” Schumer’s spokesman, Matt House, wrote on Twitter.

Moscow denies the conclusions of US intelligence agencies that it led a hacking campaign of political party networks and spread disinformation to help Trump in his presidential campaign. Congressional panels and a special counsel are investigating. Trump denies any campaign collusion with Russian officials.

Among other questions, Schumer asked how Naryshkin was able to enter the United States because he is under US sanctions barring him from the country. Naryshkin was blacklisted in 2014 as part of the US response to Russia’s seizure of Crimea from Ukraine.

Naryshkin met with DNI Coats at Coats’s suburban Washington headquarters, according to two sources. A third source said that the SVR chief met Pompeo at CIA headquarters in Langley, Virginia.

It appeared to be “a calculated effort” that “not only sowed discord in the United States but also reinforced the notion that they (Russia) are not isolated internationally,” said the intelligence official, who spoke on condition of anonymity.

Washington has been gripped this week by arguments over a Republican memo said to cite allegations of FBI bias against Trump in its Russia probe. The memo is a flashpoint in a wider battle between Republicans and Democrats over Special Counsel Robert Mueller’s criminal investigation into potential collusion.

Pompeo’s letter to Schumer said that meetings between Russian and US intelligence agencies include counter-terrorism cooperation in which the CIA recently helped Russia thwart a “terrorist plot” in St. Petersburg “that could have killed Americans.”