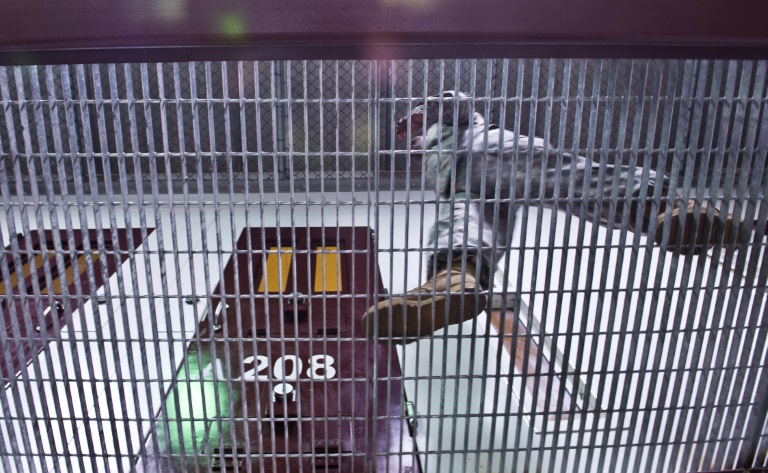 A US Army soldier walking in a detainee facility at the US Navy's Guantanamo Bay base. (Photo: AFP)

A psychologist who helped design the CIA's "war on terror" torture program after the September 11, 2001 attacks defended the program this week before its victims at the US military prison in Guantanamo, Cuba.

James Mitchell was unapologetic Tuesday when he appeared at a hearing to answer questions about the waterboarding, stress position and sleep deprivation techniques applied to 9/11 plot suspects detained in secret prisons following the attacks.

"I'd get up today and do it again," he said before five of those men, whose slow-moving cases at the Guantanamo military tribunals have them facing possible death sentences.

Mitchell was one of the architects of the so-called "enhanced interrogation" operations deployed against suspected Al-Qaeda extremists after the 2001 attacks, which left 2,976 dead.

While the techniques he and another psychologist helped devise have now been banned as illegal torture, Mitchell said it had been his "moral duty," to help protect the country.

"To protect American lives outweighed the feelings of discomfort of terrorists who voluntarily took up arms against us," he told the court, according to The New York Times.

"To me it just seemed like it would be dereliction of my moral responsibilities."

Mitchell personally took part in some of the interrogations, including waterboarding Abu Zubaydah, one of the earliest CIA captives associated with Al-Qaeda founder Osama Bin Laden.

Abu Zubaydah, who remains imprisoned in Guantanamo, was not among those in the courtroom facing Mitchell on Tuesday.

Those present included Khalid Sheikh Mohammed, who was waterboarded 183 times by CIA interrogation teams which included Mitchell; Mohammed's nephew Ammar al-Baluchi; Walid bin Attash; and two others, none of who had seen Mitchell since they were send to Guantanamo in the early-mid 2000s.

Mitchell had been called to testify as some of the prisoners in Guantanamo were challenging the use of evidence in their coming trials that was derived from the government's interrogation programs.

Evidence garnered from the CIA's interrogations already cannot be used in court; the defendants also want to exclude that from parallel FBI interrogations.

All the defendants are still in the preliminary phases of their trials, which have been stalled for years by complex rules, poor administration and legal maneuvers from both sides.

"Mitchell is a big part of the reason why the victims' families still don't have any justice," said Amnesty International's Julia Hall.

"Mitchell has said he is giving this testimony for the victims and families," she said.

"However, it is in large measure because of the torture techniques that he himself created and used on the detainees that there has been delay after delay. Evidence extracted under torture can't be used in these proceedings."