WORLD City of 4,500 in danger of flooding in US state of Arkansas

City of 4,500 in danger of flooding in US state of Arkansas 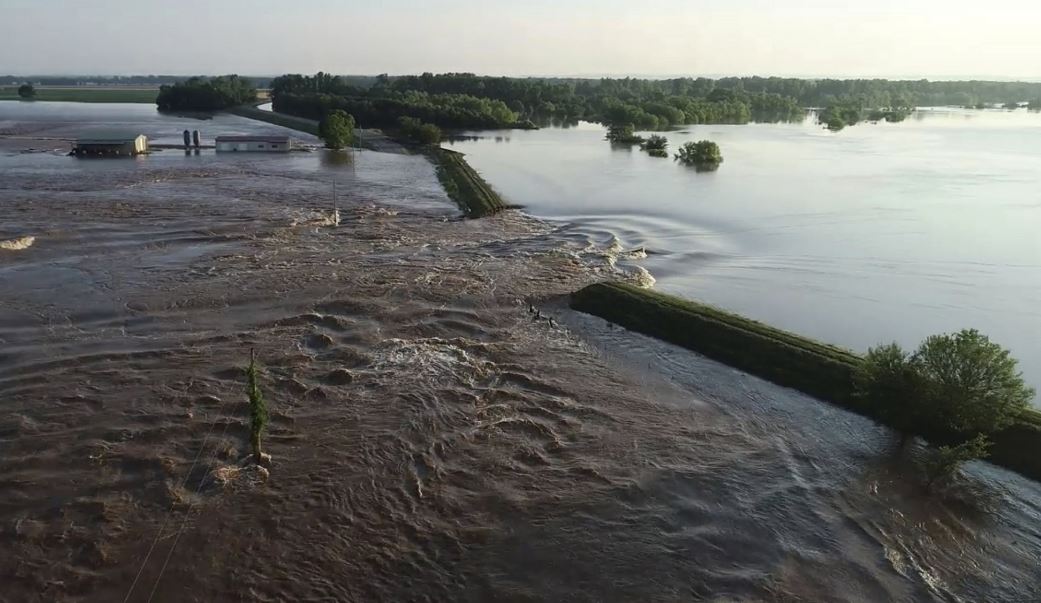 In this aerial image provided by Yell County Sheriff's Department water rushes through the levee along Arkansas River in Dardanelle, Ark., on Friday, May 31, 2019. (Photo: AP)

City officials in Dardanelle, in the US state of Arkansas, are trying a “last ditch effort” to save the south side of the town from encroaching Arkansas River floodwater that is pouring through a breached levee.

Mayor Jimmy Witt said Saturday that he didn’t believe a temporary levee being constructed will stop the water, but that hopes it will buy time for residents of up to 800 homes to make preparations.

Officials say there’s no way of telling how bad the flooding could get, but that some residents are already dealing with it.

The levee at Dardanelle, which has roughly 4,500 residents and is about 100 miles (160 kilometers) upstream from Little Rock, failed Friday when the river tore a 40-foot (12-meter) hole through it. Officials say the breach has expanded a little and the water flow has slowed a bit.

Officials are knocking on doors in a North Little Rock, Arkansas, neighborhood and telling residents they should probably leave for higher ground due to the threat of flooding from the Arkansas River.

Officials say in a Facebook post Saturday that they believe the river will back up storm drainage areas and cause roads to become inaccessible for possibly more than a week.

City spokesman Nathan Hamilton says there are about 150 homes in the neighborhood covered by the evacuation recommendation.

Officials said Friday night that a nearby city levee had been breached and the National Weather Service issued a flash flood warning, but it was canceled when officials later said the levee hadn’t breached and wasn’t in danger of failing. Instead, a containment berm at a riverside petroleum facility had breached.