JERUSALEM, May 10 (Xinhua) -- Israeli police and Palestinian worshipers clashed inside a flashpoint at a Jerusalem holy site on Monday morning, leaving at least dozens of Palestinians injured, according to the Palestinian Red Crescent. 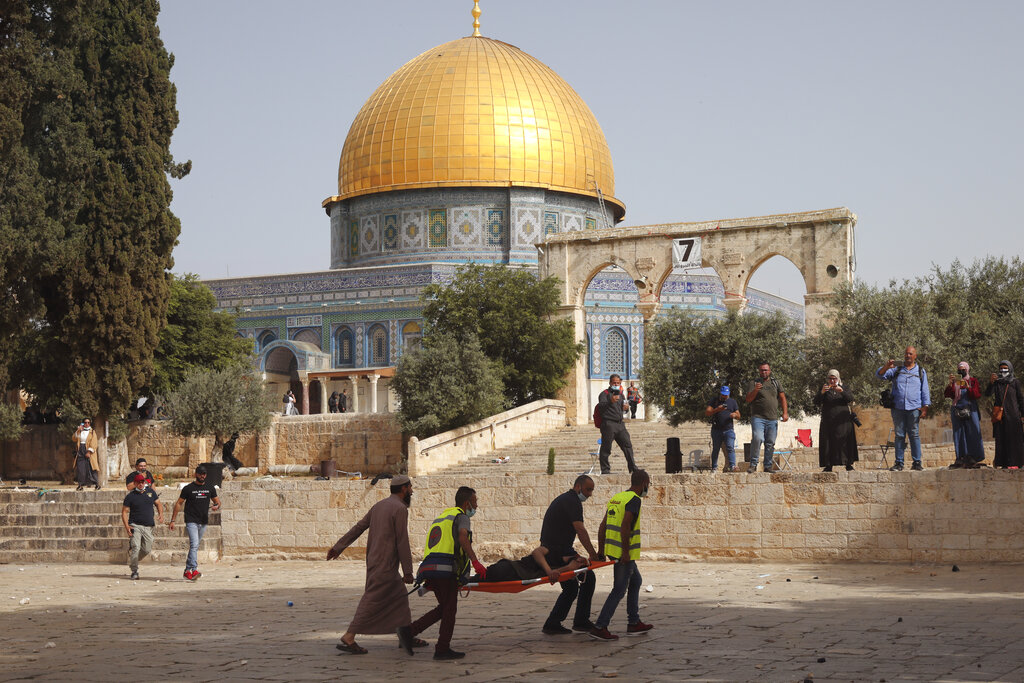 Palestinians evacuate a wounded man during clashes with Israeli security forces in front of the Dome of the Rock Mosque at the Al Aqsa Mosque compound in Jerusalem's Old City Monday, May 10, 2021. (Photo: AP)

Israeli Police said in a statement that "thousands of Palestinians rioted" and hurled stones and other objects from the Al-Aqsa Mosque compound at police officers.

The compound, holy to both Muslims and Jews, is at the epicentre of the spiralling tensions between Israelis and Palestinians over the past days, which were sparked by a planned eviction of Palestinians from their homes in East Jerusalem.

Earlier on Monday morning, Israeli police announced that Jews will not be allowed to visit the compound on Monday. The decision came amid soaring tensions in the wake of Israel's Jerusalem Day, marked by Israeli nationalists with an annual flag parade that passes through East Jerusalem's Old City.

Israel captured the West Bank in the 1967 Middle East war. It annexed East Jerusalem shortly later, in a move not recognised by most of the international community.