WORLD Clashes break out in central London after Conservative victory

Clashes break out in central London after Conservative victory 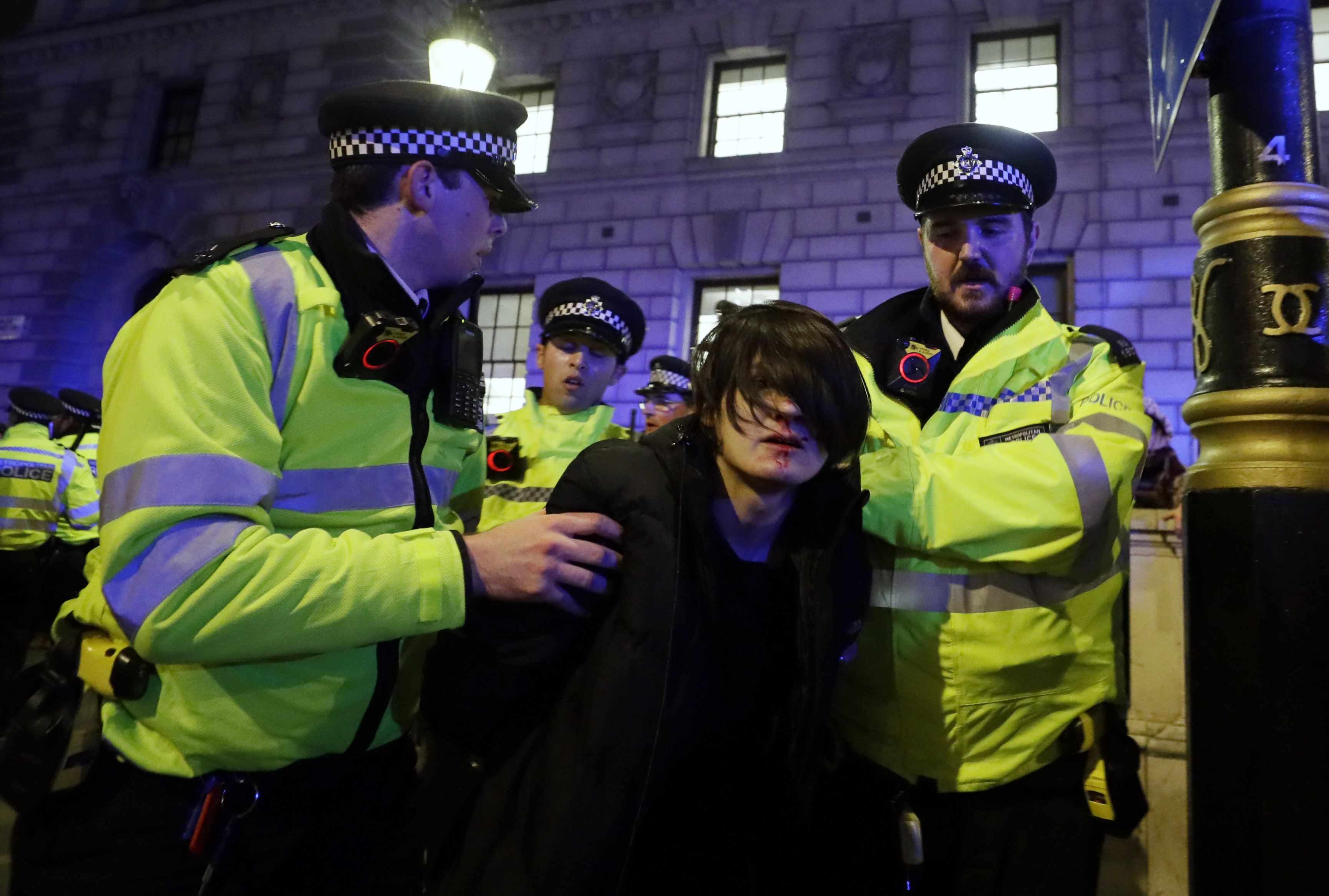 Police take away a protester during an anti-Boris Johnson demonstration, at Trafalgar Square in central London, Friday Dec. 13, 2019.

A heavy police presence was seen close to the Cenotaph in Whitehall, which was cordoned off as clashes broke out.

Videos on social media showed a huge police presence trying to contain the crowds, who could be seen scuffling with officers.

One showed police with batons drawn at the bottom of Parliament Street in central London, striking out at people as they warned "get back or you will get hit."

Another video showed a flare being set off as police reportedly separated anti-Tory protestors from Brexit supporters.

Eyewitnesses at the scene described the protests as "chaotic". At least one demonstrator's face was bloodied during the brief exchange, the Guardian reported.

Demonstrators carried placards with the slogans "No to Boris Johnson", "No to Racism and Defy Tory Rule" and let off red smoke flares during angry protests. They walked at speed from outside Downing Street to Trafalgar Square.

Many others travelled down Whitehall before moving toward Millbank and Horseferry Road, shouting "the people, united, we will never be defeated."

They pounded the window of a double decker bus as it was forced to stop its journey toward Victoria in central London. A handful linked arms briefly to block the exit to the bus.

Frustrated passengers on board were eventually allowed to leave while protesters tried to board and remonstrated with police amid demands to "free the driver."

Crowds have now begun to disperse as rain started but the cordons remain in place.

Johnson, also leader of the Conservative Party, won a comfortable 74 seat majority as voters backed his promise to "Get Brexit Done" and take the country out of the European Union by Jan. 31 next year.