A heavy deployment of security forces brought an uneasy calm on Thursday, a police official said.

The violence on Monday began over a disputed new citizenship law but led to clashes between Muslims and Hindus in which hundreds were injured. Many suffered gunshot wounds, while arson, looting and stone-throwing has also taken place.

Information and Broadcasting Minister Prakash Javadekar said inflammatory speeches at the protests over the new citizenship law in the last few months and the tacit support of some opposition leaders was behind the violence. "The investigation is on," he said. 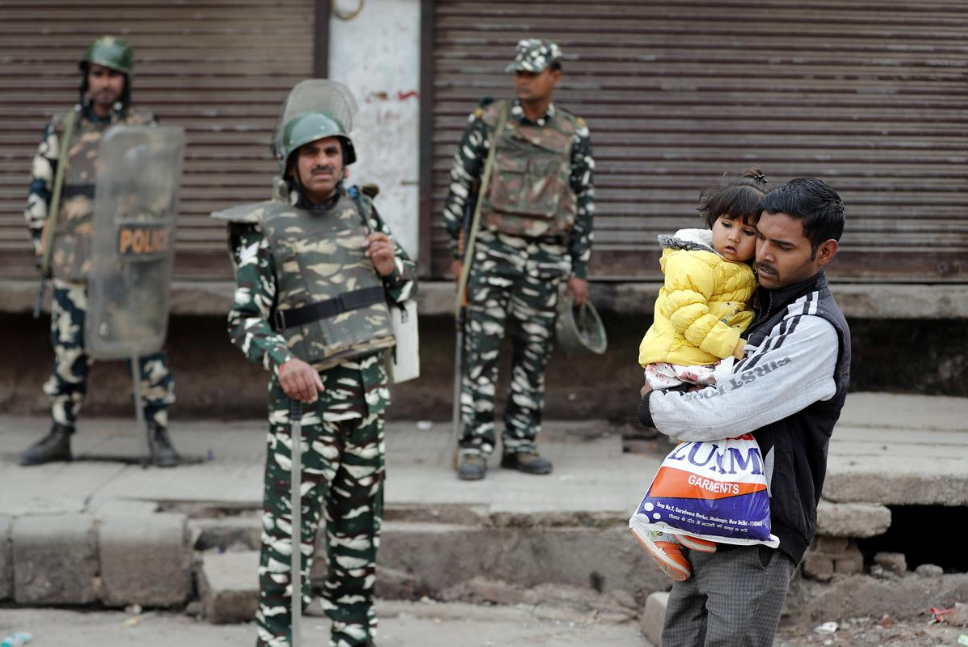 A man carrying a child walks past security forces in a riot-hit area following clashes between people demonstrating for and against a new citizenship law in New Delhi, India, February 27, 2020. (Photo: Agencies)

As the wounded were brought to hospitals on Thursday, the focus shifted on the overnight transfer of Justice S. Muralidhar, the third highest judge of the Delhi High Court who was hearing a petition into the riots and had criticized government and police inaction on Wednesday. He has been transferred to the Punjab and Haryana High Court.

Law minister Ravi Shankar Prasad said the transfer was routine and had been recommended by the Supreme Court collegium earlier this month. 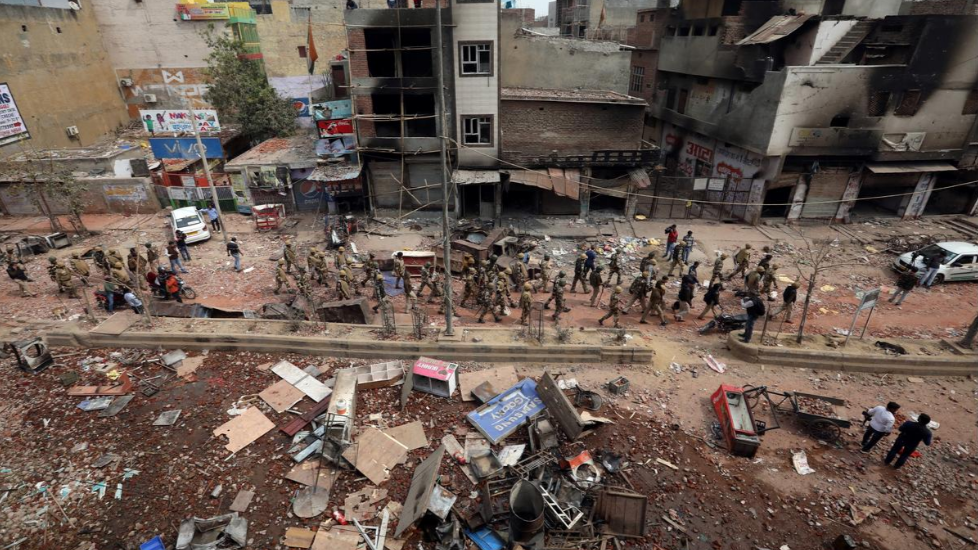 Police officers patrol in a riot-hit area following clashes between people demonstrating for and against a new citizenship law in New Delhi, India, February 27, 2020. (Photo: Agencies)

Opposition Congress party leader Manish Tiwari said every lawyer and judge in India should strongly protest what he called a crude attempt to intimidate the judiciary.

At the heart of the unrest is a citizenship law which makes it easier for non-Muslims from some neighboring Muslim-dominated countries to gain Indian citizenship.

UN human rights chief Michelle Bachelet said the new law adopted last December is of "great concern" and she was worried by reports of police inaction in the face of assaults against Muslims by other groups.

"I appeal to all political leaders to prevent violence," Bachelet said in a speech to the UN Human Rights Council in Geneva.

Critics say the law is biased against Muslims and undermines India's secular constitution.

New Delhi has been the epicenter for protests against the new law, with students and large sections of the Muslim community leading the protests.