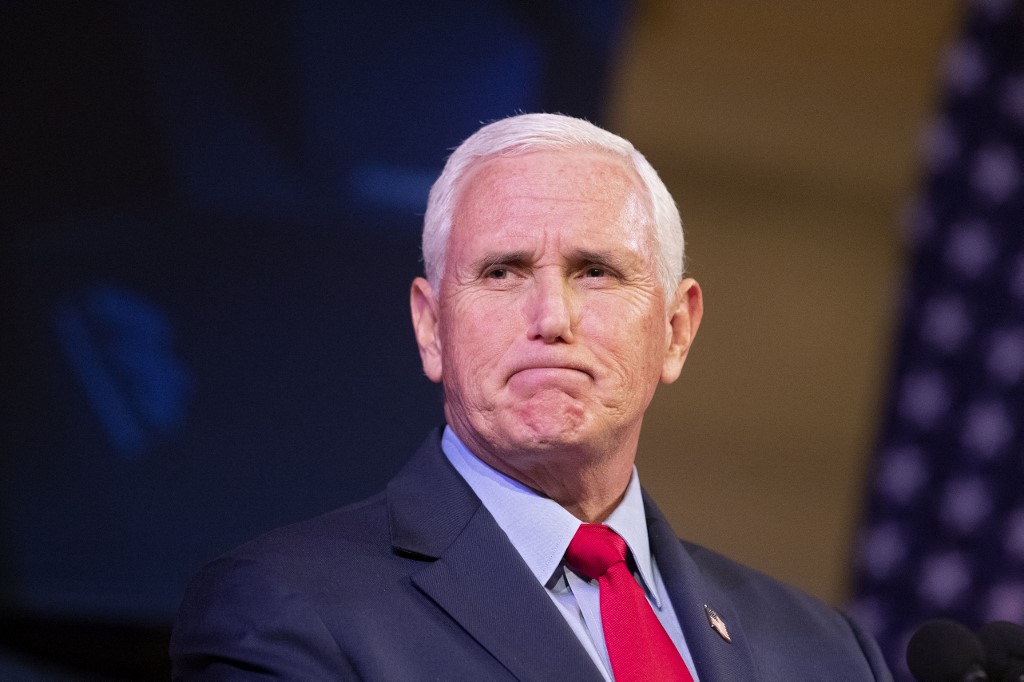 In this file photo taken on April 12, 2022 former US Vice President Mike Pence speaks at a campus lecture hosted by Young Americans for Freedom at the University of Virginia in Charlottesville, Virginia. (File photo: AFP)

House Committee on Oversight and Accountability Chairman James Comer said in a statement that Pence reached out on Tuesday about the misplaced documents.

"He has agreed to fully cooperate with congressional oversight and any questions we have about the matter," Comer said of Pence, who served as U.S. vice president from January 2017 to January 2021 under Donald Trump.

The documents were collected by federal agents at Pence's home in Carmel, Indiana, on Thursday evening while Pence was in Washington, D.C.

The U.S. Department of Justice (DOJ) and the Federal Bureau of Investigation (FBI) are said to have launched a review of the documents and how they ended up in Pence's Indiana residence.

Trump took hundreds of classified records with him upon ending his presidency and resisted months of requests to return them to the federal government, the DOJ has said, noting that it had to obtain a search warrant to retrieve the documents.

The FBI searched Biden's home in Wilmington, Delaware last week and located additional documents with classified markings, according to his lawyer.

The discovery was the fourth time since November 2022 that classified records or materials have been found at a private address of Biden's.

A new ABC News/Ipsos poll found that large majorities of Americans believe that both Trump and Biden acted inappropriately in handling classified documents.