WORLD Clean up after nights of unrest and looting in Durban, South Africa

Clean up after nights of unrest and looting in Durban, South Africa

Volunteers and shopkeepers in Durban, South Africa cleaned up the streets Thursday after another night of looting following the imprisonment of former South Africa President Jacob Zuma. 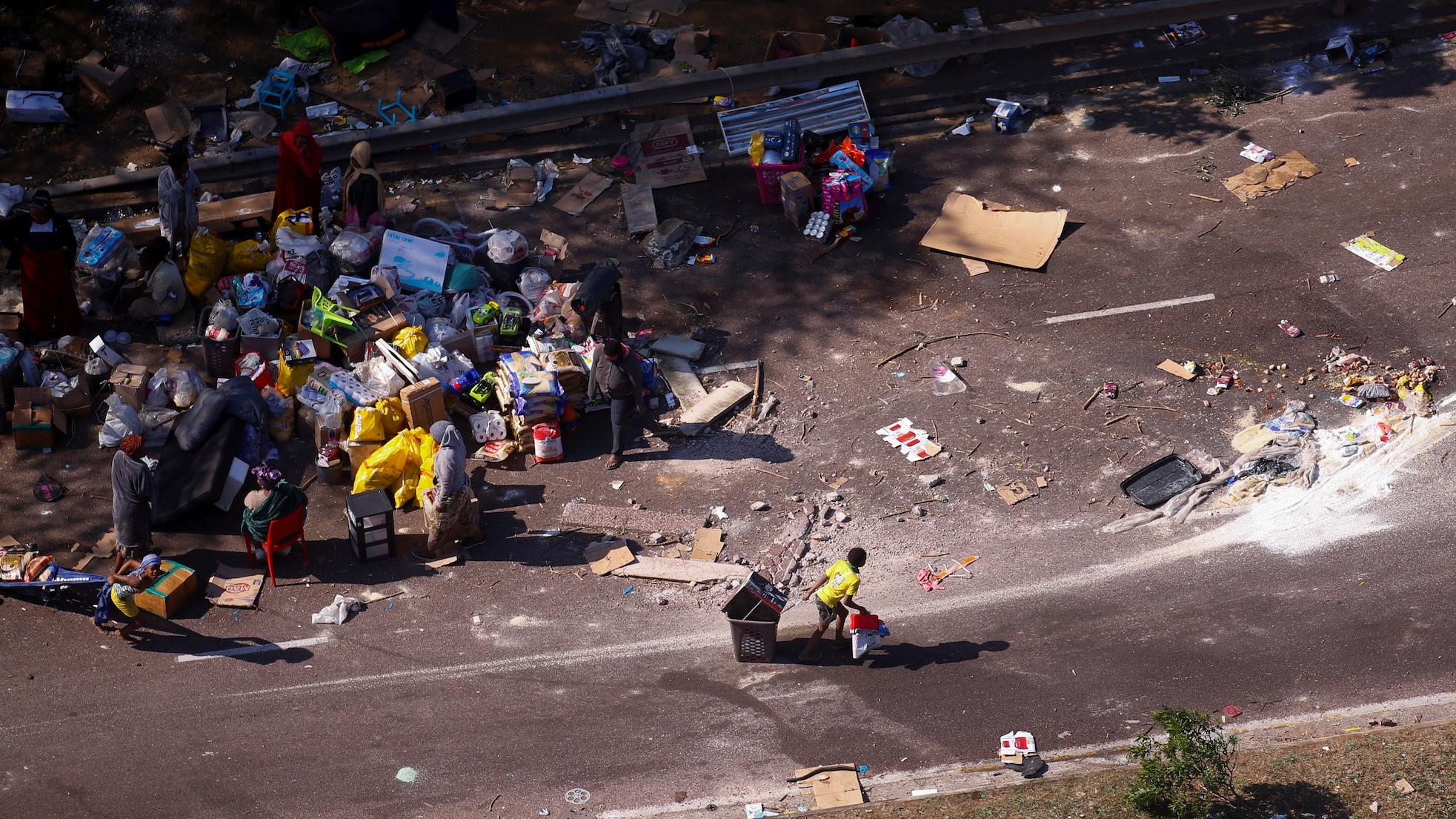 The South African government will deploy 25,000 troops to counter riots - the biggest the country has seen since the end of apartheid. People lined up to buy food outside the only shopping center that has not been looted in Alexandra township Thursday.