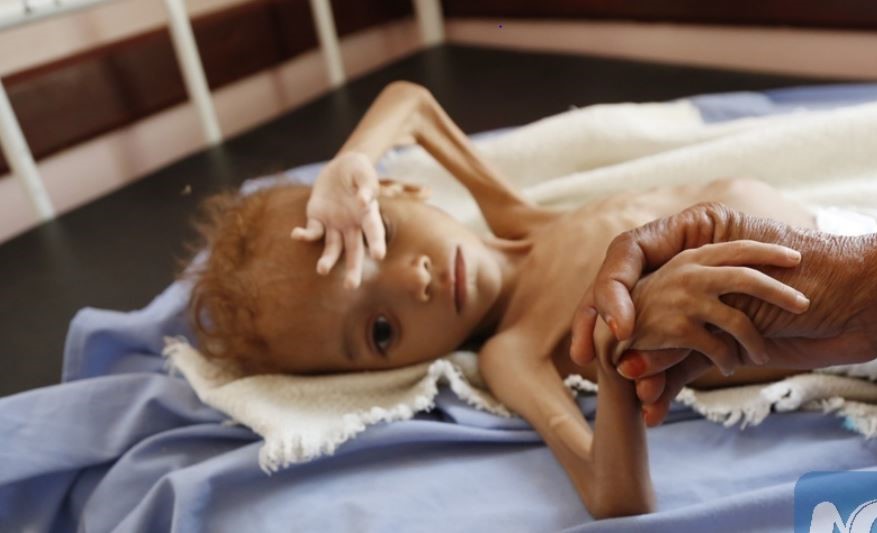 A malnourished child is seen at a hospital in Hajjah province, Yemen, Oct. 1, 2018. (Photo: Xinhua)

UNITED NATIONS, Oct. 23 (Xinhua) -- The top UN humanitarian official on Tuesday warned of "a clear and present danger" of an imminent famine in war-torn Yemen.

"So, just to be clear, my assessment, my advice to you, is that there is now a clear and present danger of an imminent and great big famine engulfing Yemen -- much bigger than anything any professional in this field has encountered during their working lives," UN Undersecretary-General for Humanitarian Affairs Mark Lowcock told the Security Council.

Revised assessment put the total number of people facing pre-famine conditions -- those who are entirely reliant on external aid for survival -- at 14 million, or half the total population of the country, said Lowcock.

"In my update for you last month I said that an additional 3.5 million people are likely to become severely food insecure in the months ahead, added to the 8 million we are already reaching each month through the UN coordinated response effort. A total of 11 million. That's what I said on Sept. 21. We now think that estimate was wrong," said Lowcock, who is also the world body's emergency relief coordinator.

The dire situation is mainly due to fierce fighting in Hudaydah and the collapse of the domestic economy, he said.