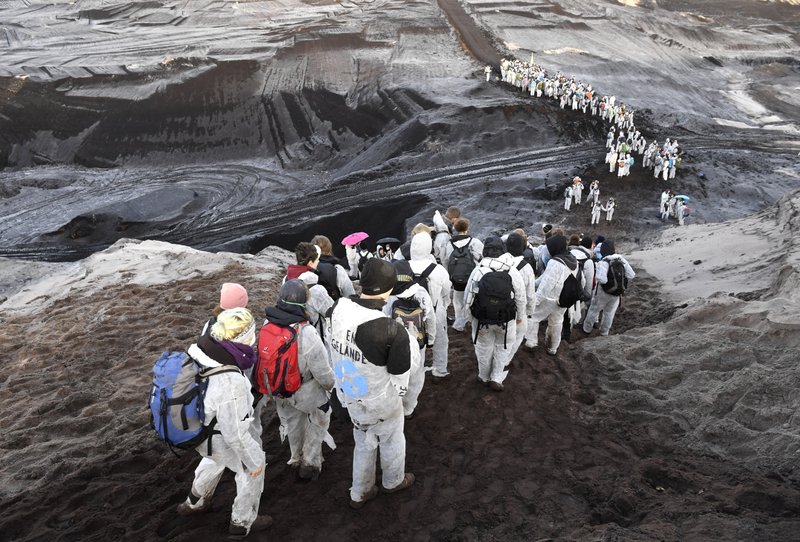 Climate activists protested at open-pit coal mines in eastern Germany, pouring onto the premises to urge the government to immediately halt the use of coal to produce electricity.

The news agency dpa reported that police estimated more than 2,000 people took part Saturday at sites near Cottbus and Leipzig and that some of the demonstrators scuffled with police. Three officers were reported slightly injured at the Janschwaelde mine near Cottbus. The mine operators, Leag und Mibrag, filed police reports asking for an investigation and possible charges.

Burning coal releases carbon dioxide, the main greenhouse gas blamed by scientists for global warming. The German government plans to end the use of coal by 2038 and spend 40 billion euros ($44 billion) on assistance for the affected mining regions.