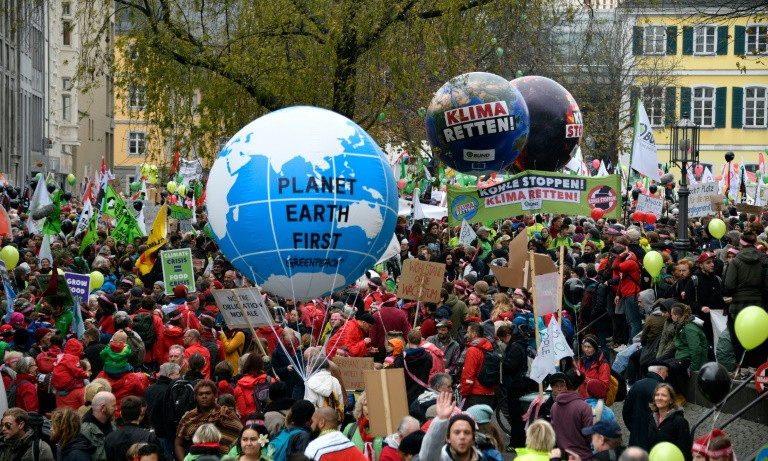 Protesters chanted and beat drums as they marched through the former West Germany capital toward the UN centre that will host the talks. Photo: AFP

Decked out in red to signify their "Stop Coal" campaign, the protesters chanted and beat drums as they snaked through the former West Germany capital toward the UN centre that will host the 12-day, 196-nation talks, tasked with implementing the landmark Paris Agreement.

Inked outside the French capital in 2015, the world's only climate treaty calls for capping global warming at "well under" two degrees Celsius (3.6 degrees Fahrenheit), and 1.5 C (2.7 F) if possible.

Earth has already warmed by 1 C compared to pre-industrial levels.

"The lives and livelihoods of millions of people are under threat, entire island states are in danger of disappearing from rising sea-levels," a coalition of more than 100 civil society groups said in a statement ahead of the march.

"Tackling climate change means a rapid phaseout of fossil fuels, including the burning of coal."

Coal accounts for roughly a third of global energy consumption, and powers 40 percent of all electricity -- twice as much as the next energy source, natural gas. 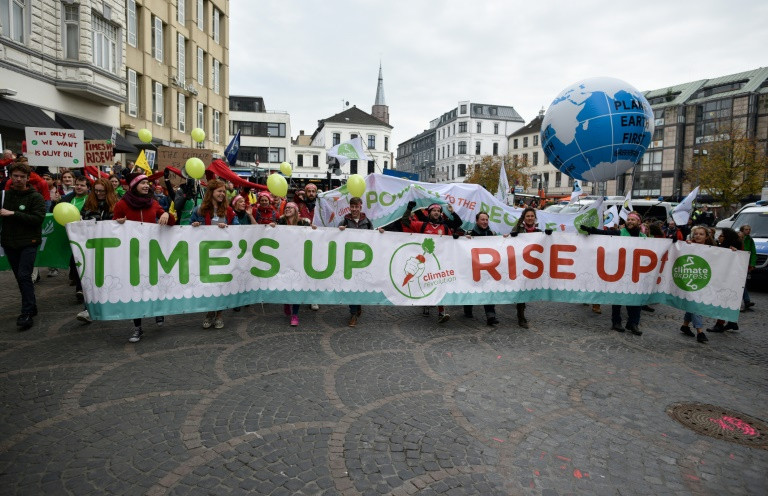 The protesters were decked out in red to signify their "Stop Coal" campaign. Photo: AFP

Compared to gas and oil, coal produces more carbon pollution per unit of energy, making it the "dirtiest" of the fossil fuels.

Coal demand has slowed, especially in the United States where the natural gas fracking boom has undercut its market share.

But globally, demand is projected to expand until at least 2030, according to the International Energy Agency (IEA).

If the world's nearly 7,000 coal-fired power plants -- with a combined capacity of nearly 2,000 Gigawatts -- operate to the end of their lifetimes, it will add the equivalent of five years' of global CO2 emissions to the atmosphere, the UN's environment agency noted in a report last week.

Another 850 GW of coal capacity is either under construction or in the pipeline, mostly in India, China, Turkey, Indonesia, Vietnam and other Asian countries.

Solar and wind energy -- while growing rapidly -- still only account for a tiny sliver of global energy production.

According to a study published last week in Environmental Research Letters, holding sea level rise to 50 centimetres (20 inches) by 2100 would become nearly impossible if coal-fired energy is not phased out by mid-century.

"If emissions continue unchecked, oceans could rise by around 130 cm in 2100" -- nearly double the maximum forecast in the UN climate science panel's benchmark report, co-author Carl-Friedrich Schleussner, a scientist at the Potsdam Institute for Climate Impact Research in Germany, told AFP. 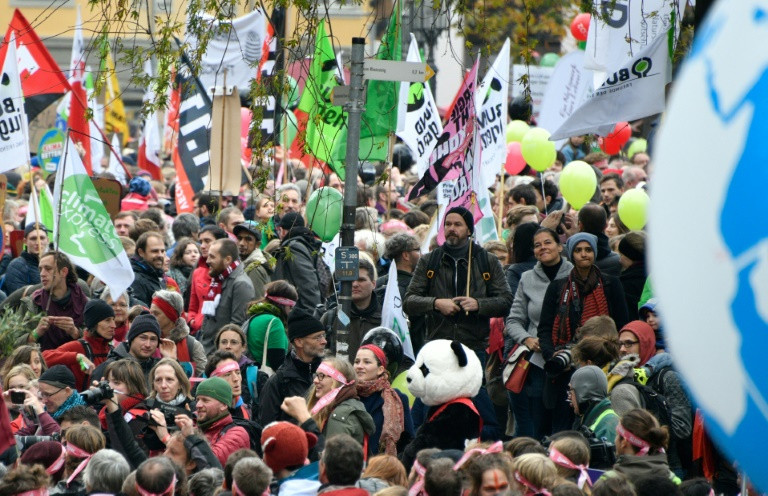 For small island nations, and those with densely populated low-lying deltas such as Bangladesh, sea level rise on that scale would be catastrophic, experts say.

That is the hard-to-ignore message that Fiji, presiding this year over the annual climate summit, intends to drive home at every opportunity.

"We can count on Fiji to apply pressure on the major emitting countries in a way they will feel it," Laurence Tubiana, director of the European Climate Foundation and one of the main architects of the Paris Agreement as France's Climate Ambassador, told AFP.

"It is the only thing we can do," said Sabine from nearby Cologne, when asked why she and her two daughters, 16 and 8, had joined the protest.

"I don't know if it will change anything, but we have to try."