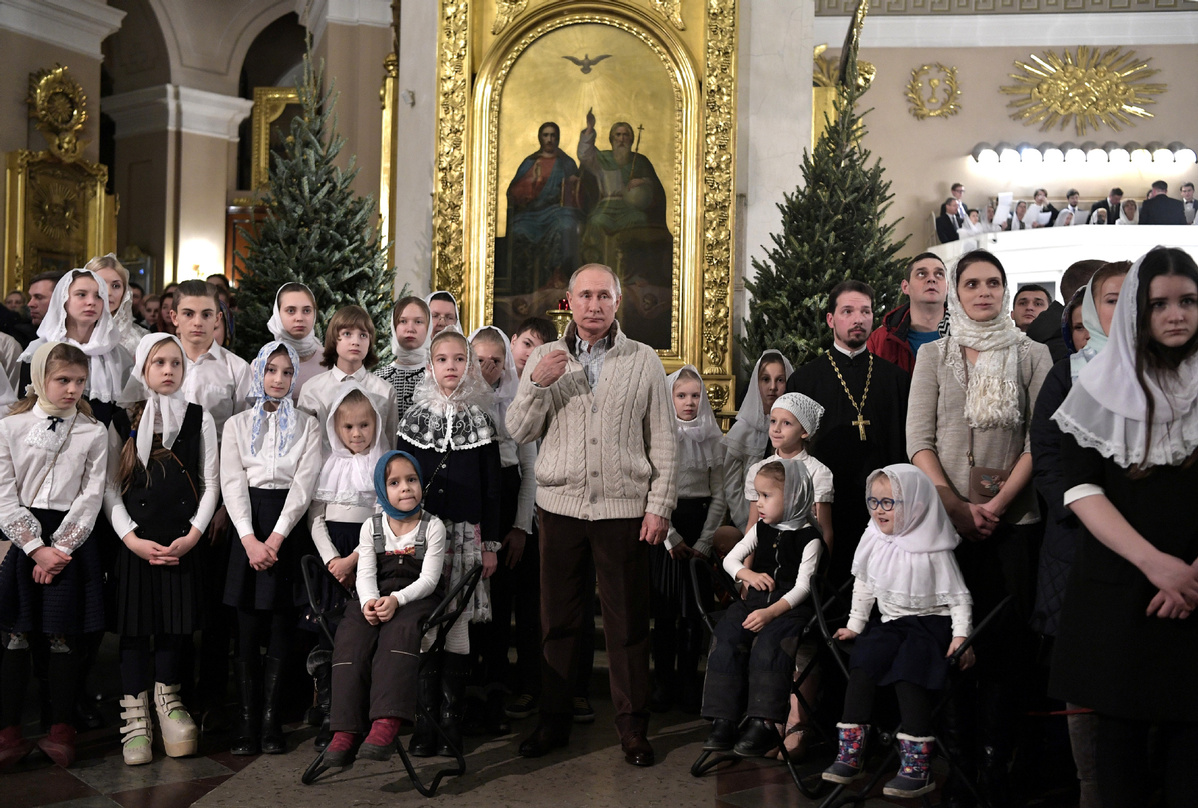 Russians will celebrate the Orthodox Christmas on Tuesday, but the unseasonably mild weather has left many double checking their calendars and wondering whether the festival is losing something of its traditional winter appeal.

But there's more at stake. Russia's meteorological service predicts temperatures will be up to 16 C higher than normal for Tuesday and Wednesday. The warmer weather, with a forecast minimum of-2 C in Moscow, is seen as the latest indicator of global warming in the country.

In a bid to tackle the potential effects of climate change in the next two years, the government on Sunday published a plan to adapt its economy and population to higher temperatures. And while the authorities aim to mitigate the damage of these effects, they also want to "use the advantages".

The document, published on the Kremlin's website, notes the increased opportunities for navigation and trade as ice melts in the Arctic, an area where Russia has also boosted its military presence in recent years.

It outlines a plan of action and acknowledges changes to the climate are having a "prominent and increasing effect" on socioeconomic development, people's lives and health.

The Kremlin listed 30 points in which it aims to make full use of the climate change effects in the next two years, in what it calls a "first stage" plan.

The plan suggests that the hotter temperatures may open up to Russia more areas for farming, and it lists measures such as the building of more dams or encouraging a switch to more drought-resistant crops. It also covers crisis preparations, including emergency vaccination programs or evacuation plans in the event of natural disasters.

In terms of other advantages, the plan looks to decreased spending on heating over the winter.

But the paper also focuses on the risks of climate change and the dangers it poses to public health, the animal environment and the Russian permafrost.

"The consequences of climate change are having a significant and increasing impact on the economic and social development of the country, its conditions for life and people's health," according to the document signed by Russian Prime Minister Dmitry Medvedev.

Among the plan's measures, the government will calculate the risk of Russian products becoming uncompetitive and failing to meet new climate-related standards. Additionally, it will prepare educational materials to teach about climate change.

Russia is warming on average 2.5 times quicker than the rest of the planet, the report said, adding that the country's industry, transport and agriculture would have to adapt to these changes.

"Some of our cities were built north of the Arctic Circle, on the permafrost. If it begins to thaw, you can imagine what consequences it would have. It would be a disaster," Putin said.