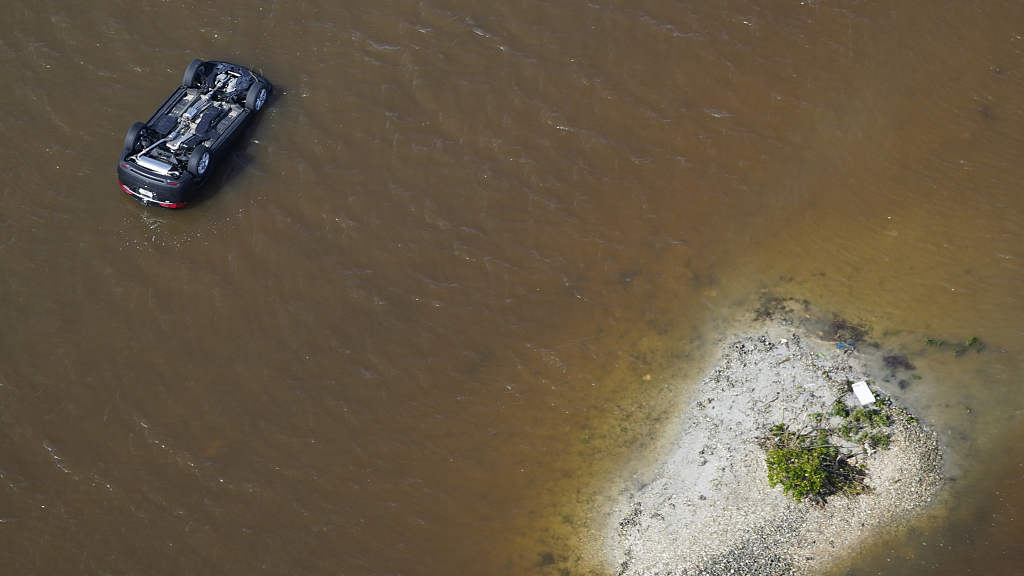 Climate change added at least 10 percent more rain to Hurricane Ian, according to a research study conducted after the storm.

The research compared peak rainfall rates of the real storm to about 20 different computer scenarios of a model with Hurricane Ian's characteristics without human-induced climate change.

"The real storm was 10 percent wetter than the storm that might have been," said study co-author Michael Wehner, a climate scientist at the Lawrence Berkeley National Lab.

Forecasters predicted Ian would accumulate 2 feet (61 centimeters) of rain in parts of Florida by the time it stopped. 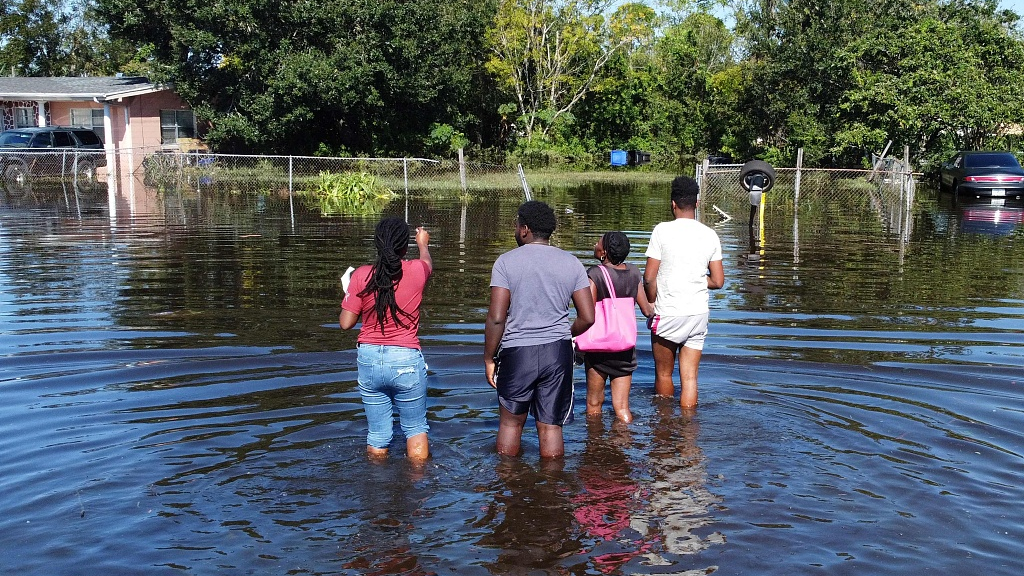 Residents wade through water to get to their house in a flooded neighborhood following Hurricane Ian in Orlando, Florida, October 1, 2022. (Photo: CFP)

For every extra degree of warmth Celsius (1.8 degrees Fahrenheit), the air in the atmosphere can hold 7 percent more water.

Given the enormous size and heat capacity of the global oceans, it takes a tremendous amount of heat energy to raise the average surface temperature on Earth, even a small amount.

Since rising temperatures will intensify the Earth's water cycle and increase evaporation, more frequent and severe storms will pound certain countries and regions.