Wildfires are raging across the northern hemisphere, all associated with the extreme weather events brought by climate change such as heatwaves and droughts. 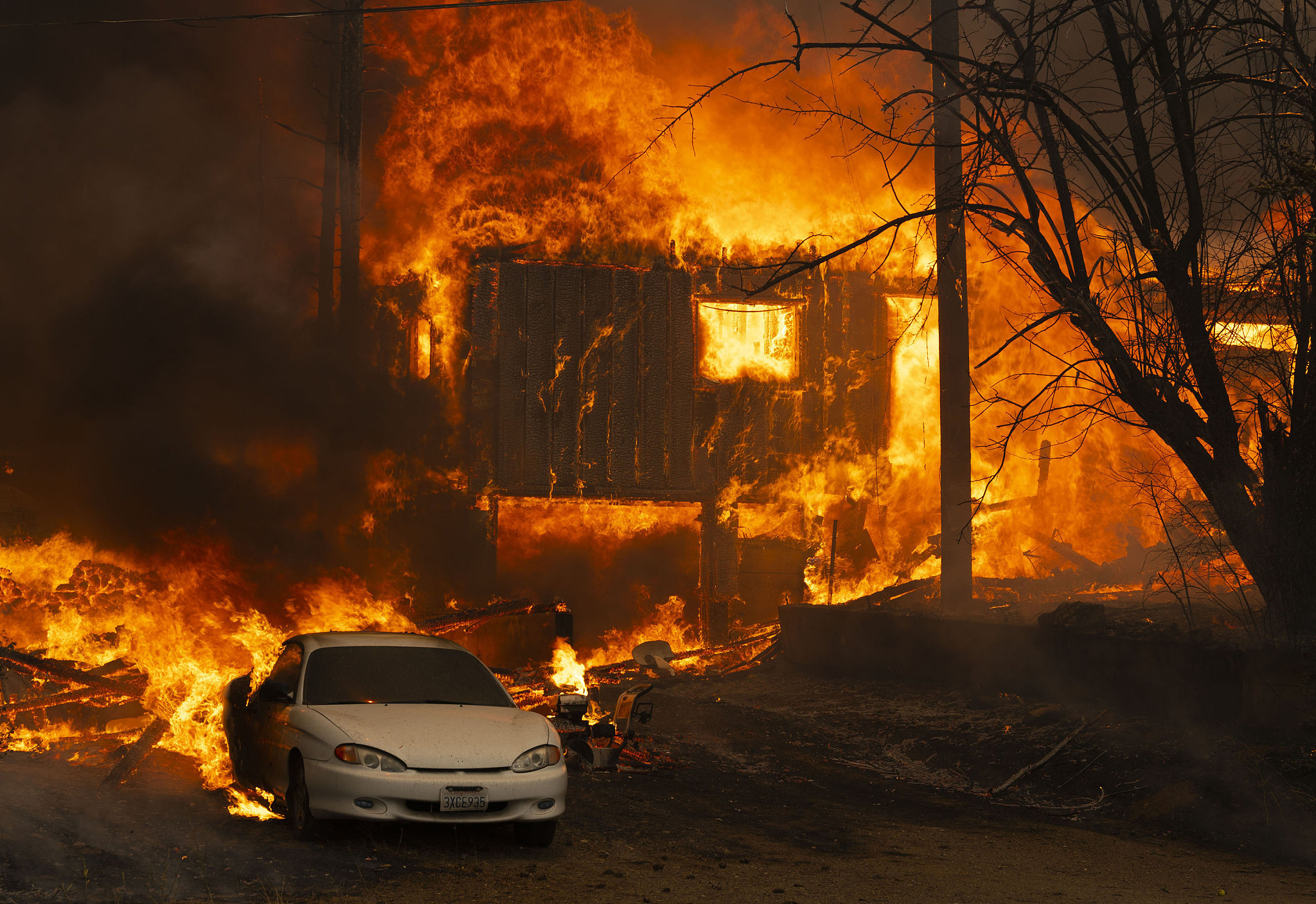 A home burns on Highway 89 south of Greenville in California of USA on August 5, 2021. (Photos: VCG)

In the United States, a wildfire named after the road where it started Dixie has scorched an area more than twice the size of New York City, prompting the governor of California to declare a state of emergency in three counties hardest-hit by wildfires. Thousands of local residents have been put under evacuation orders and the blaze which has been burning for about a month since July 13 has taken down over 900 structures. 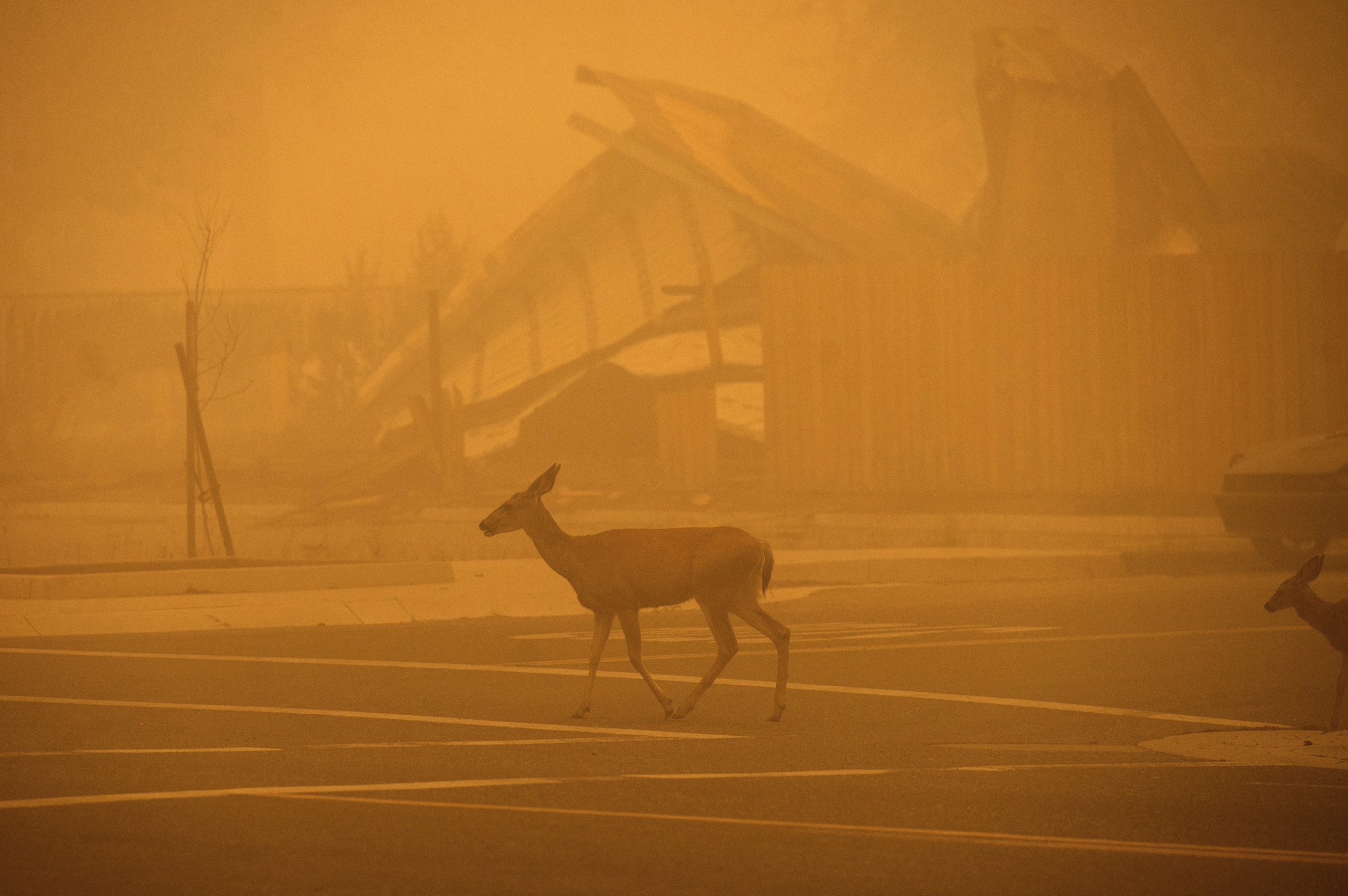 A deer passes a Greenville building destroyed by the Dixie Fire in Plumas County in California of USA on Aug. 7, 2021.

In west Canada, the province of British Columbia has seen nearly 5,800 sq km of its forest burned since the spring, with months still left in the fire season.

The heat has also reached Russia's Siberia. Yakutia, one of the coldest places on earth covered by boreal, snow, and forest, has been experiencing record high temperatures recently. For the first time in history, the smoke from wildfires in the Siberia reached the North Pole, according to NASA satellite data. Firefighters working to put out a forest fire in the village of Kuel in Yakutia, Russia on Aug. 8, 2021. Volunteers pause while working to put out a forest fire near Kyuyorelyakh village in west Yakutsk, Russia on Aug. 7, 2021. Wildfires in Russia's vast Siberia region endangered a dozen villages and prompted authorities to evacuate residents.

Southern European countries including Italy and Greece have also been hit hard by wildfires. More than 2,000 people have been evacuated on Greek island of Evia. In Italy, firefighters have dealt with 44,442 wildfires since 15 June, compared with 26,158 last summer, with the majority occurring in Sicily, according to the Guardian. 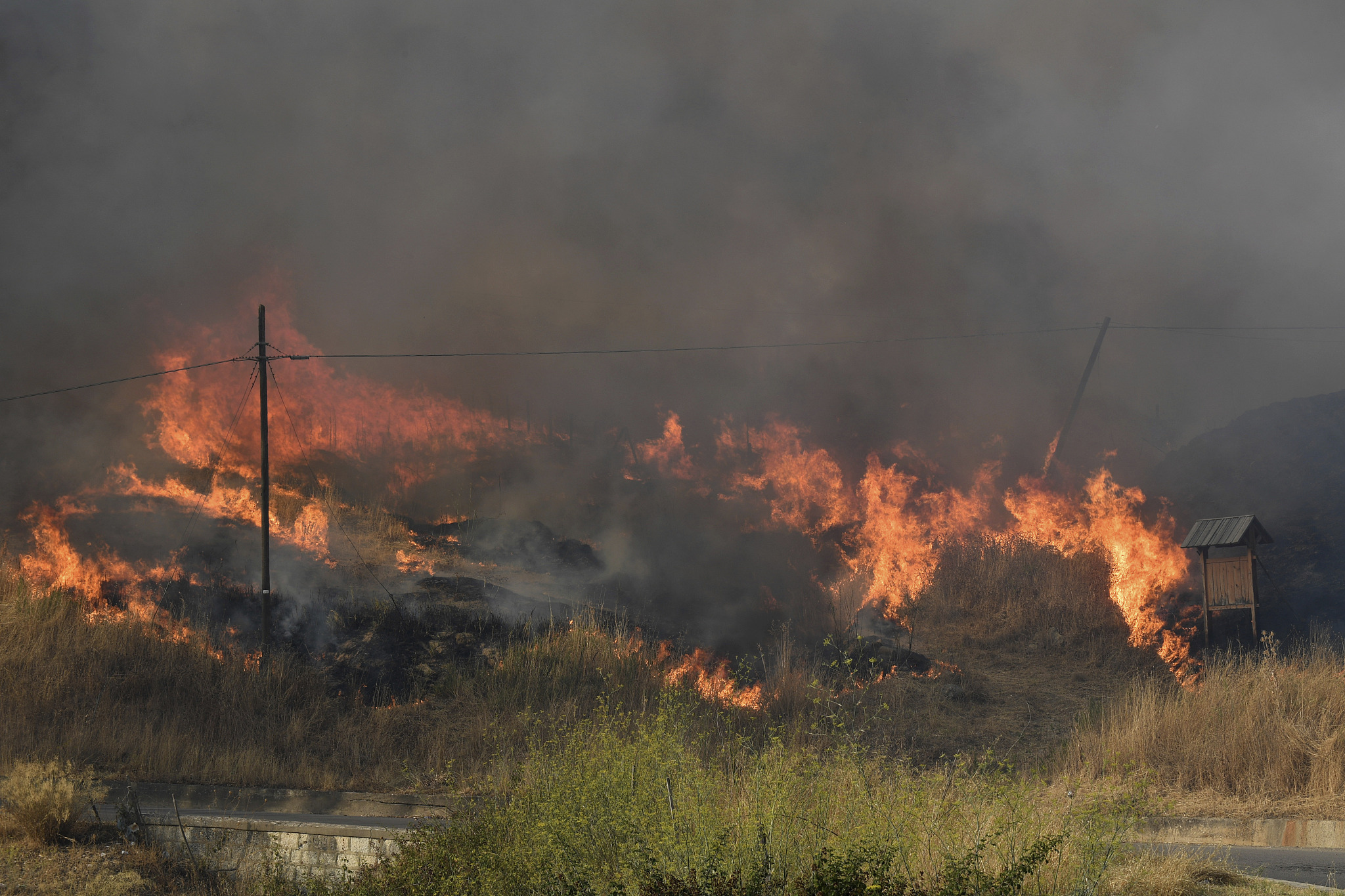 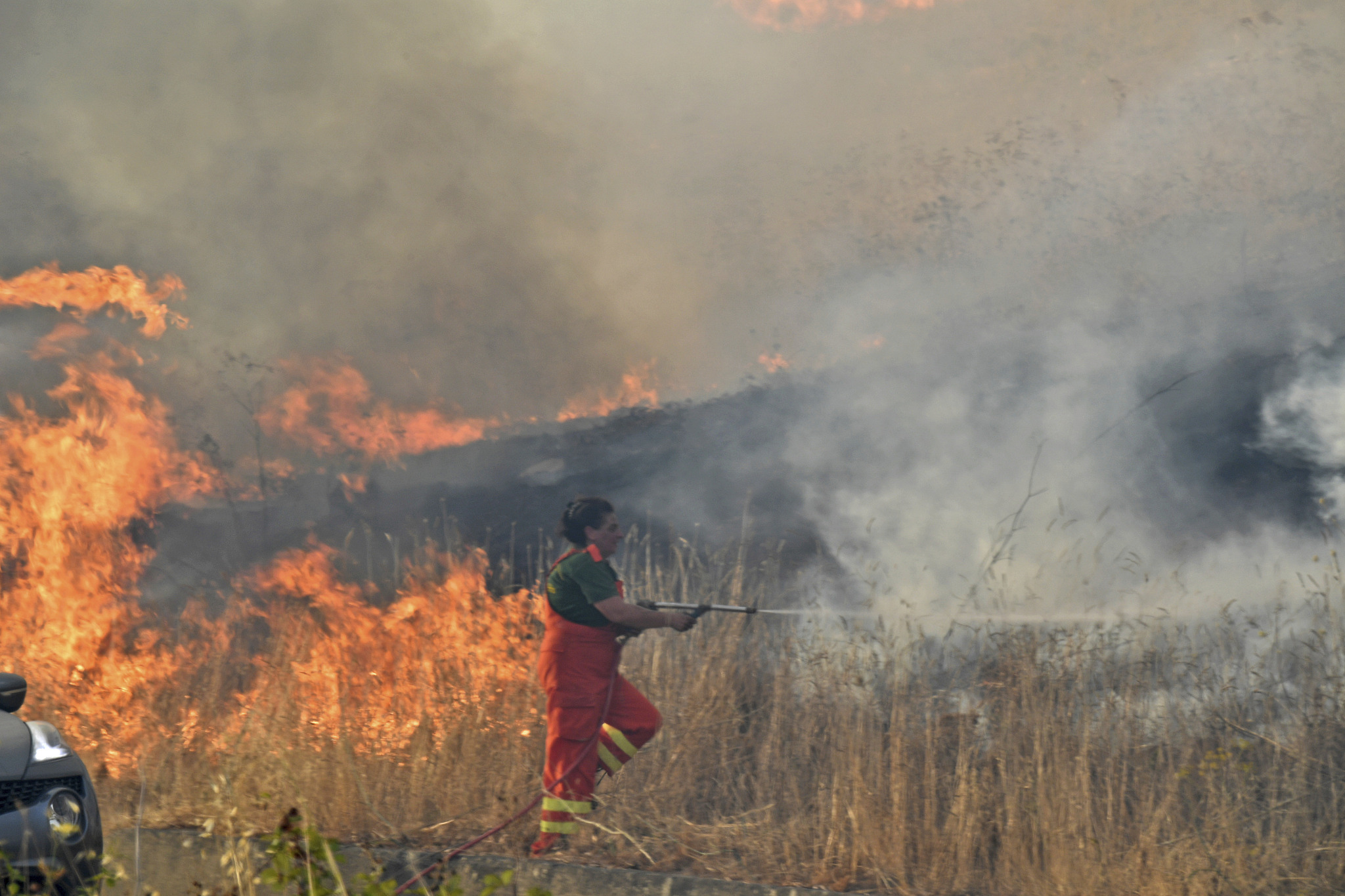 In the northern African country of Algeria, 42 people had been killed by Tuesday in wildfires that erupted east of the country's capital Algiers. 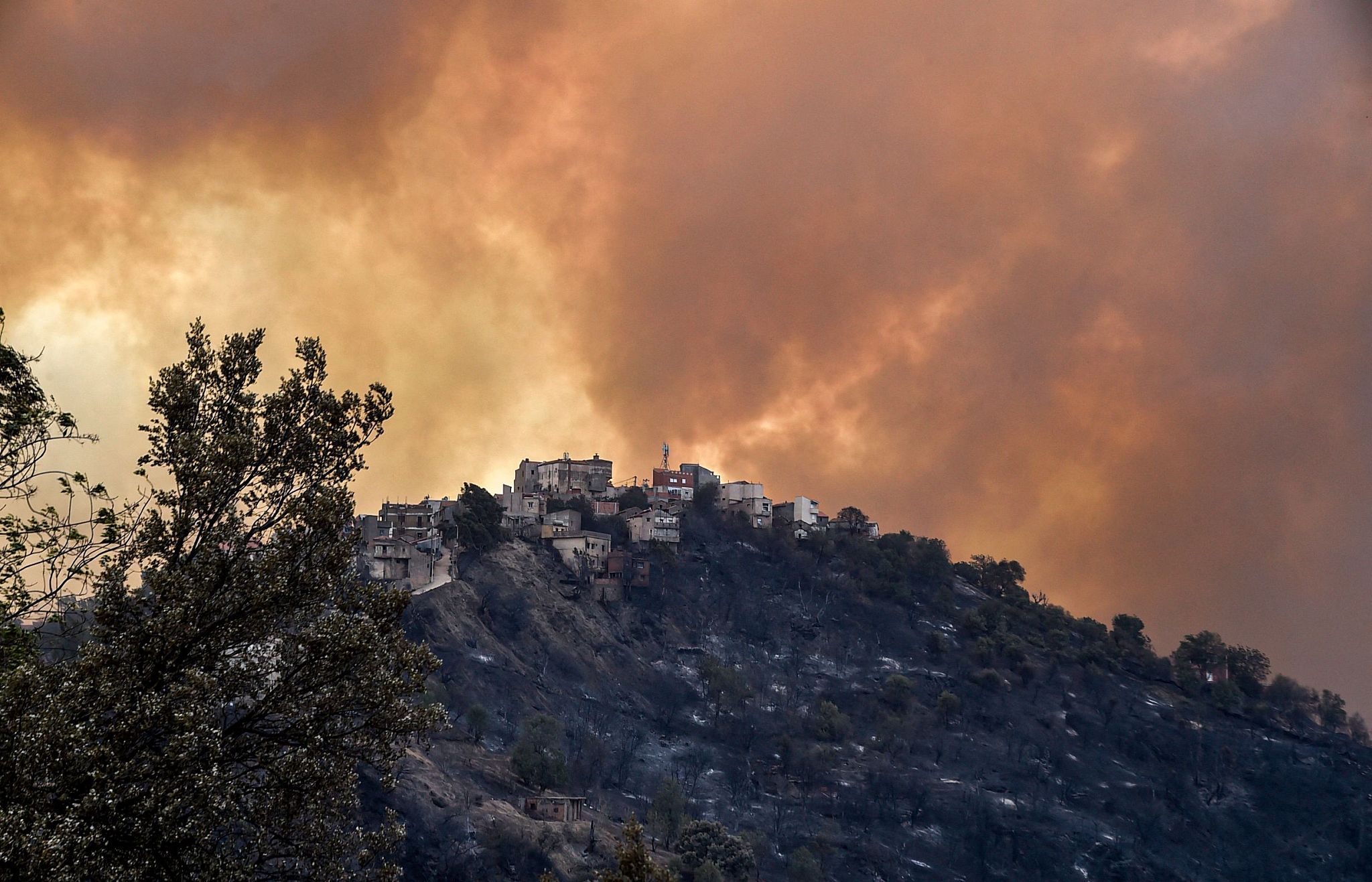 Smoke rises from a wildfire in the forested hills of the Kabylie region, east of the capital Algiers in Algeria, on Aug. 10, 2021. 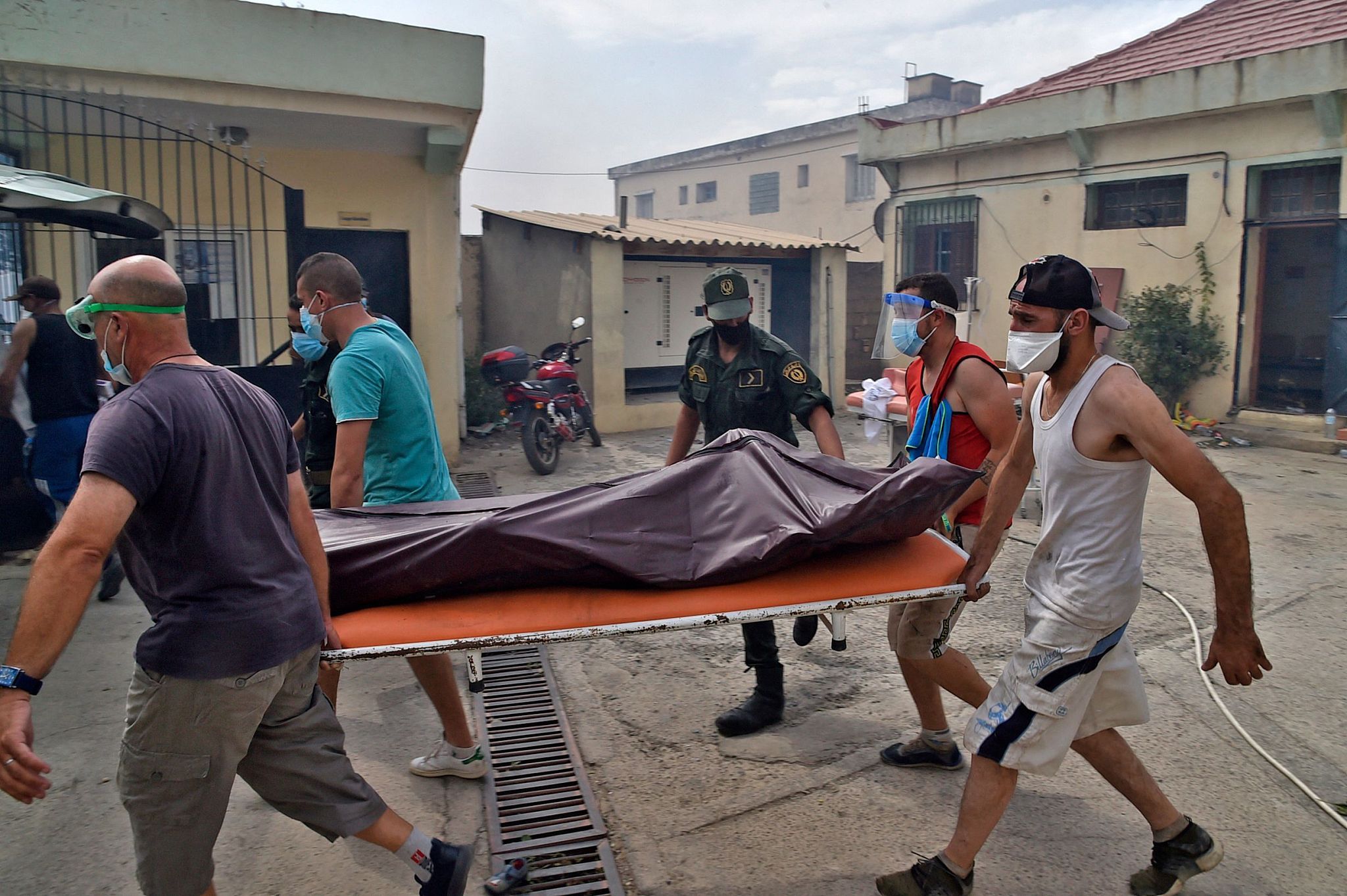 Medics carry away the body of a man killed during a wildfire in Tizi Ouzou, one of the most populous cities in Algeria's Kabylie region, on Aug. 10, 2021.

Scientists say there is little doubt that climate change from the burning of coal, oil and natural gas is driving extreme events, such as heat waves, droughts, wildfires, floods and storms.

In a landmark report released by UN on Monday, a panel of experts warned that the pace of global warming is dangerously close to spiraling out of control. The report again urged countries to cut green gas emissions.