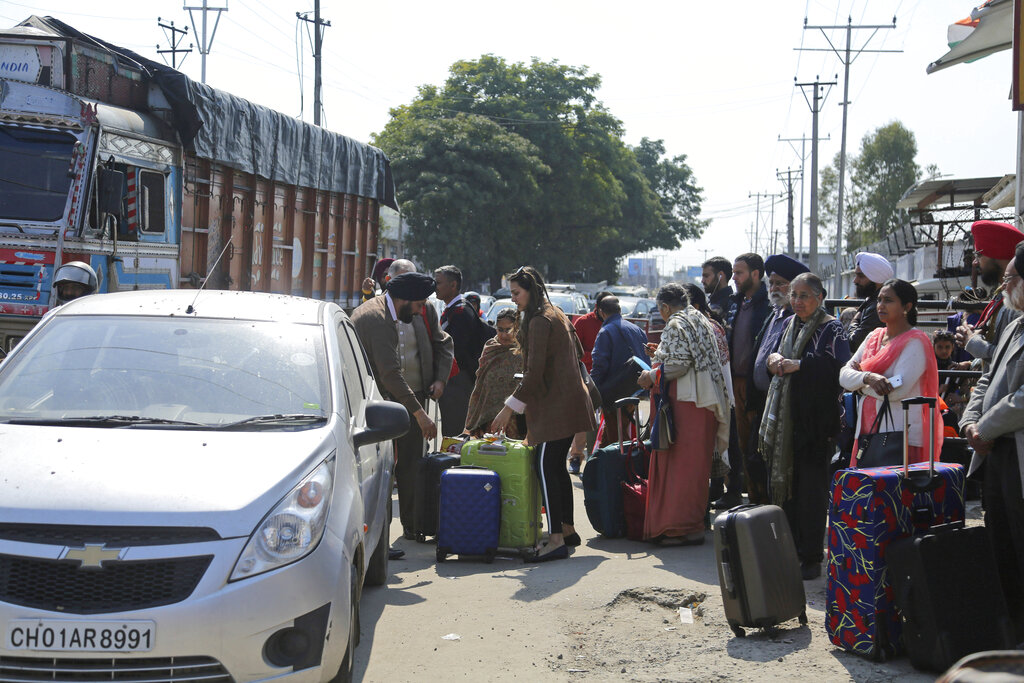 Stranded passengers stand outside an airport after it was closed for civilians operations amid tension along the border with Pakistan in Jammu, India, Wednesday, Feb. 27, 2019. (Photo: AP)

A temporary closure of air space over Pakistan has snarled air traffic, especially between Asia and Europe.

Pakistan aviation authorities say the country's air space would reopen as of midnight Thursday (1900 GMT). The government closed it Wednesday after Pakistan said its military had shot down shot down two Indian warplanes, escalating tensions between the nuclear-armed rivals.

India also suspended flights though some of its northern airports.

Air China canceled its flight Thursday from Beijing to the Pakistani capital, Islamabad. According to an employee of the airline's publicity office in Beijing, the status of other flights would be decided later.

Thai Airways says it had rerouted flights to Europe outside Pakistani air space.