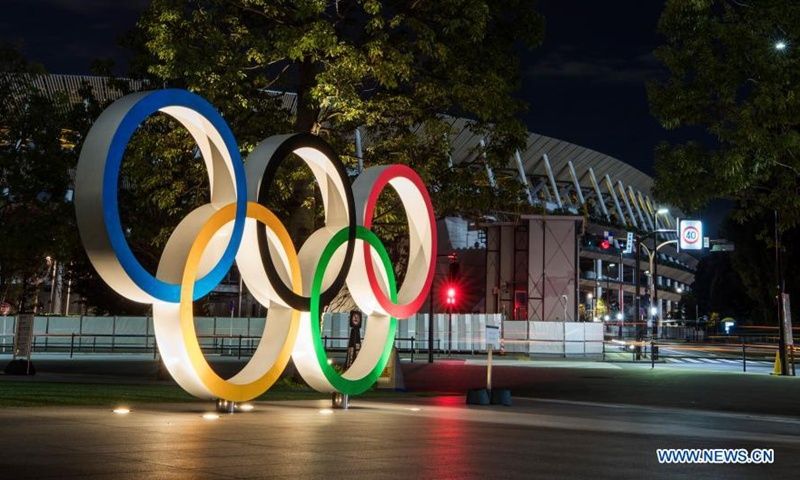 A cluster of COVID-19 infections at a hotel lodging dozens of Brazilian Olympic team members, sounded the alarm for possible additional infections at the Tokyo Olympic Games, as the Japanese capital reported on Wednesday the highest number of daily COVID-19 cases in almost six months.

Chinese medical experts stressed that the most basic criterion for epidemic prevention is to reduce gatherings. They suggested that the organizers of the Games could learn from previous large-scale events held during the epidemic, such as the Chinese Basketball Association (CBA) tournament, by establishing an isolation perimeter to prevent any connection between the personnel of the events and the public.

According to city official, Yoshinobu Sawada, seven staff at the hotel in Hamamatsu city, southwest of Tokyo, tested positive for the coronavirus, Reuters reported on Wednesday.

The cases were detected during a routine screening required before staff started work, said Sawada, noting that the unidentified hotel was now considered a COVID-19 cluster.

Reuters said the 31 members of the Brazilian Olympic delegation have not been infected and are in a "bubble" in the hotel separated from other guests .

The Olympic "bubbles," imposed by Tokyo Olympic officials in an effort to ensure a COVID-19 free Games, were questioned by experts who indicated that they should be "completely tight" in order to work.

Under the shadow of the Delta strain raging around the world, the Japanese Olympic Committee is facing unprecedented challenges in the organization of sports events, medical experts pointed out.

Tokyo reported 1,149 cases on Wednesday, the highest number of new COVID-19 cases in almost six months, with the Olympic Games due to open in the capital in just about a week, Reuters reported.

The most basic criterion for epidemic prevention is to reduce gatherings, Wang Guangfa, a respiratory expert at the Peking University First Hospital, told the Global Times on Thursday. However, because the Games involve multiple team events, it is inevitable that athletes from various countries will gather, Wang warned.

He suggested that the Japanese Olympic Committee should increase the number of nucleic acid tests and deal with positive cases in a timely manner. "Athletes should be recommended to be vaccinated, unless there are special physical conditions and all Olympic staff should be vaccinated," Wang said.

Except for the sport events, the committee should minimize gatherings as much as possible, Wang noted. "For example, at the opening ceremony, athletes can be required to wear masks, increase the distance and carry out safety precautions at the Olympic Village."

Wang also suggested that the organizing committee could learn from the organizers of large-scale events been held during the epidemic, such as the NBA playoffs or the games of the Chinese Basketball Association and the Chinese Super League, to completely isolate the personnel of the events from the public, and use independent venues throughout the events.