CNN has apologized for its "erroneous" reporting after falsely blaming Hong Kong police for the actions of protesters during the illegal protest in Tsuen Wan, Hong Kong on the night of Aug 25. 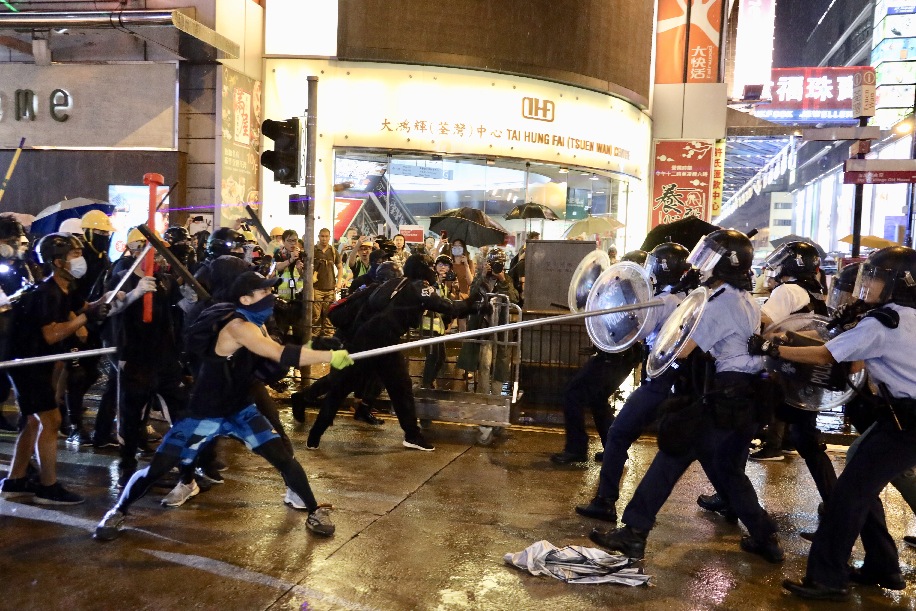 In a letter to the police, CNN Hong Kong's vice-president and bureau chief Roger Clark admitted that a news story headlined "Police use petrol bombs and water cannons against Hong Kong protesters" on the CNN website was "erroneous" and said that it was later "replaced".

The petrol bombs, as revealed later in an original video clip, were hurled by protesters at police officers.

CNN, in its letter, failed to disclose how the mistake was made.

In a daily news conference on Wednesday, Kong Wing-cheung, senior superintendent of the police public relations branch, referred to a widely circulated tampered video suggesting petrol bombs were thrown by police in the direction of protesters.

Kong said attempts to conceal the violence by protestors by lying are doomed to fail.

Fake news about police has circulated in Hong Kong following a spate of violent protests since June 9.

The daily news conference held by police is part of the force's efforts to combat hoaxes, which have damaged police's reputation and the public's trust in them.

In one example, police were accused of rounding up a father and his two young daughters who were accidentally caught between police and protesters during a violent clash in a Sha Tin shopping mall in July.

It was later found that police were in fact escorting the three to leave the scene safely.