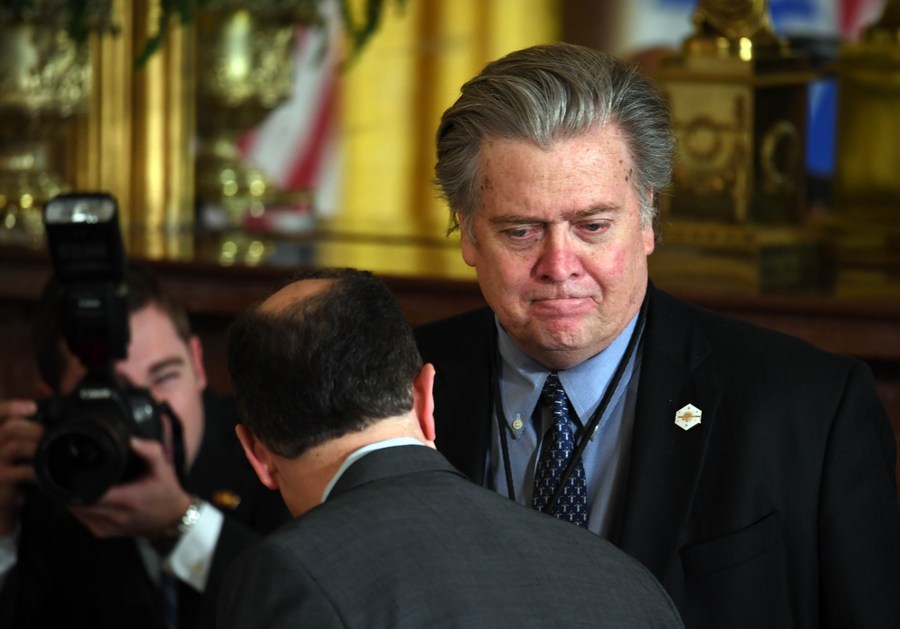 WASHINGTON, Oct. 22 (Xinhua) - CNN on Wednesday discredited a "shoddy" study paper claiming COVID-19 was engineered in a Chinese lab, finding the conspiracy theory to be linked to Steve Bannon, a proven far-right fringe extremist and long-time critic of China.

CNN said it spoke with six scientists and experts who found the China-bashing study's methodology to be "flawed," adding that the group described the study as "junk science," "leaps of logic" and "window dressing." 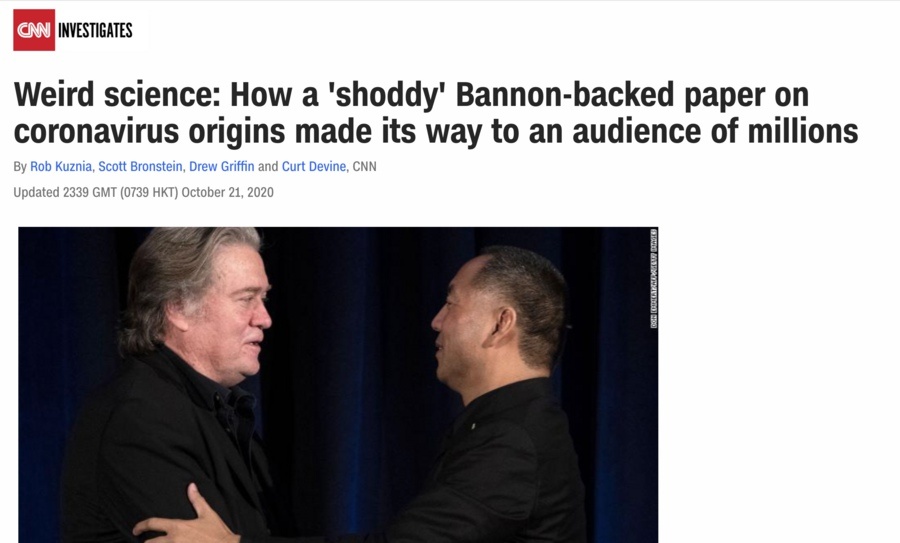 According to CNN, the Johns Hopkins Center for Health Security criticized the science behind the anti-China paper, saying that its authors "cite multiple papers in their reference section that have weaknesses or flaws."

CNN found a citation in the anti-China paper originating from a disinformation news site linked to Bannon, while one more appeared only as a LinkedIn post and another on an anonymous blog.

"This paper is very deceptive to somebody without a scientific background, because it's written in very technical language, using a lot of jargon that makes it sound as though it is a legitimate scientific paper," Angela Rasmussen, a virologist at Columbia University, was quoted by CNN as saying. "But anybody with an actual background in virology or molecular biology who reads this paper will realize that much of it is actually nonsense."