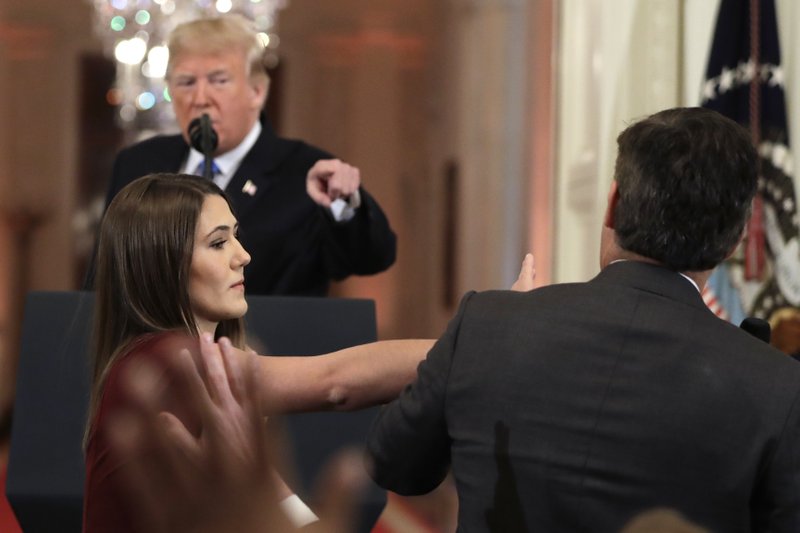 "The wrongful revocation of these credentials violates CNN and Acosta's First Amendment rights of freedom of the press, and their Fifth Amendment rights to due process," the news network said in a statement announcing the lawsuit filed in federal court in Washington.

"We have asked this court for an immediate restraining order requiring the pass be returned to Jim, and will seek permanent relief as part of this process," CNN said. "If left unchallenged, the actions of the White House would create a dangerous chilling effect for any journalist who covers our elected officials."

The White House had suspended Acosta's hard pass after he sparred at a news conference with the president, who demanded that the reporter yield the microphone and called him a "rude, terrible person" when he did not immediately comply.

Acosta persisted with questions and a White House intern tried to take the microphone from the CNN journalist -- an incident the Trump administration characterize as misconduct against the female aide.

Acosta banishment from the White House marked an escalation in tensions between the president and his chief media antagonist.

"We continue to urge the administration to reverse course and fully reinstate CNN’s correspondent," WHCA president Olivier Knox said in a statement.

"The President of the United States should not be in the business of arbitrarily picking the men and women who cover him."