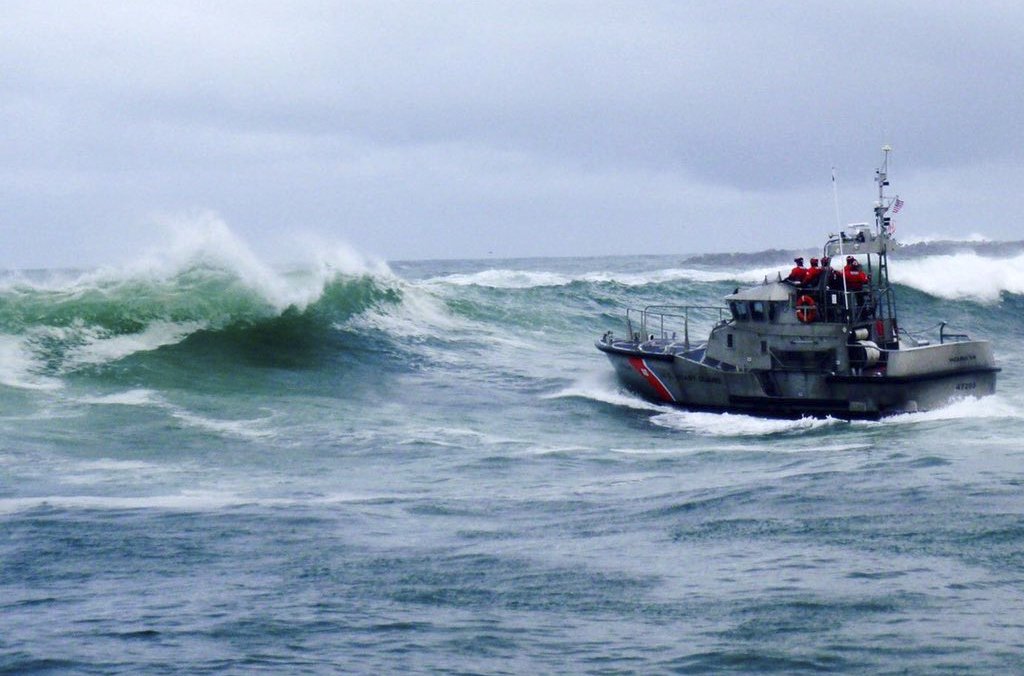 In this Tuesday, Jan. 8, 2019 photo, provided by the US Coast Guard, a US Coast Guard boat crew responds to three fishermen in the water after the commercial fishing vessel Mary B II capsized while crossing Yaquina Bay Bar off the coast of Newport, Ore. (Photo: AP)

Five people were missing and two were rescued after a 130-foot crab fishing vessel from Dutch Harbor, Alaska, sank Tuesday night, the US Coast Guard said.

The Scandies Rose sank at approximately 10 p.m. Tuesday with seven crew members aboard, the Coast Guard said. It received a mayday distress call and immediately commenced a rescue operation.

Helicopter and airplane crews from Coast Guard Air Station Kodiak were involved in the search. A helicopter crew arrived on scene and hoisted two survivors from a life raft. Their condition was not immediately known.

A Coast Guard cutter was diverted from the Bering Sea and was expected to arrive on scene Wednesday evening.

“We are conducting an extensive search in a 300-square mile area to locate the five missing persons from the Scandies Rose,” said Lt. Wade Arnold, command duty officer at 17th District command center.