The Colombian government on Friday blamed leftist ELN rebels for the car bomb that killed 21 people at a Bogota police cadet training academy. 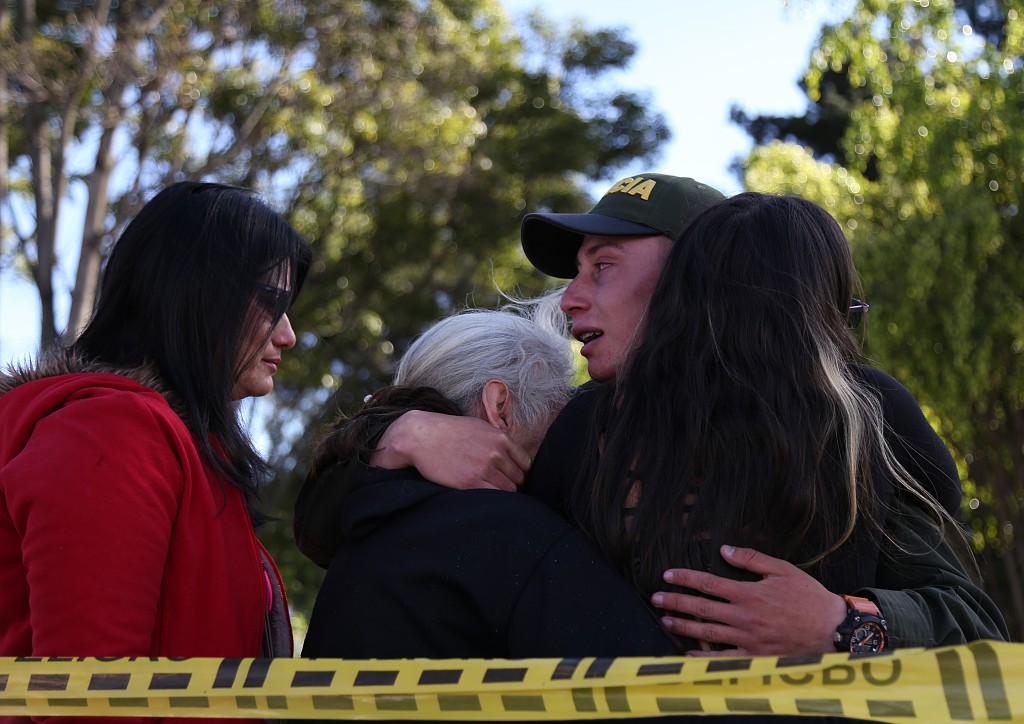 A police officer hugs his relatives who have arrived at the scene after the explosion occurred outside the General Santander police academy in Bogota, Colombia on January 17, 2019. (Photos: VCG)

Defense Minister Guillermo Botero, speaking from the presidential palace, described the Thursday bombing as "a terrorist attack committed by the ELN."

Cover image: A police officer and two women wipe their tears close to the scene where a car bomb exploded, according to authorities, in Bogota, Colombia January 17, 2019.