Venezuelan President Nicolas Maduro and Colombian President Gustavo Petro announced on Friday that the two countries decided to reopen the border on September 26 and resume flights. 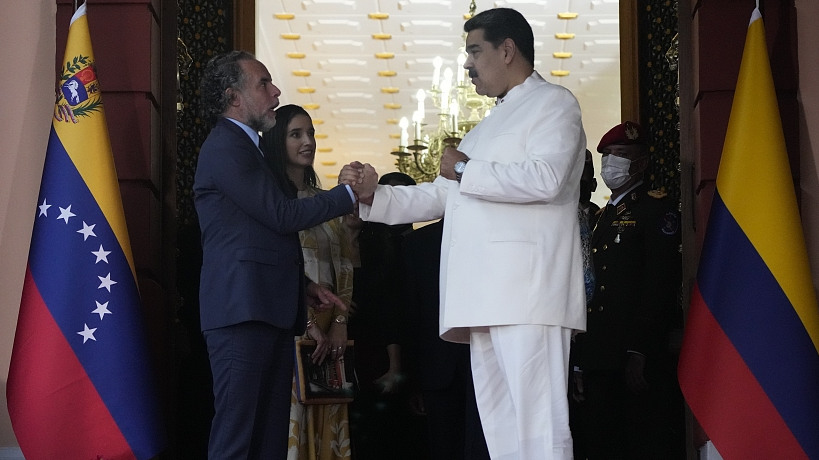 "I am very happy to announce that as of #26Sep we will jointly open the borders between Venezuela and Colombia. The exchange and cooperation between our peoples restart on the right foot," Maduro tweeted.

Petro also confirmed the border reopening on the same day, noting "On September 26 we will open the border between Colombia and Venezuela. We confirm the Government's commitment to restore brotherly relations."

Flights from Venezuela's capital Caracas and the northern city of Valencia to Colombia's capital Bogota will also resume, Maduro added.

Petro also confirmed the resumption of the air connection and cargo transport on Twitter. 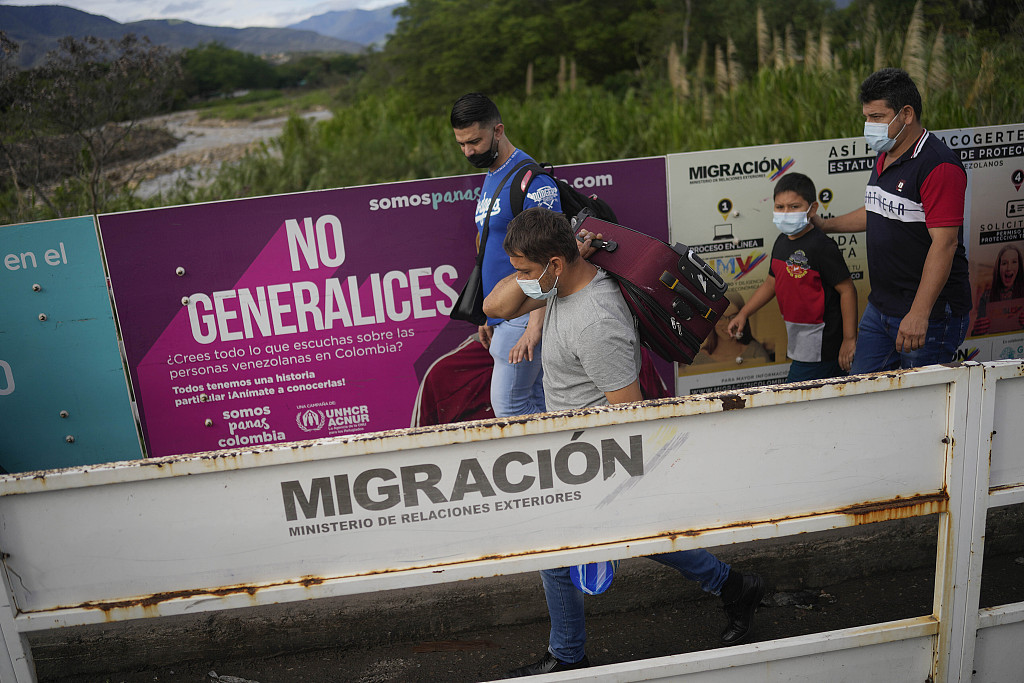 A sign with a message that reads in Spanish: "Don't Generalize", on the Simon Bolivar International Bridge to return to San Antonio, Venezuela, in Cucuta, Colombia, August 5, 2022. /CFP

The relationship between the two countries deteriorated due to disputes caused by suspicious illegal border crossings, resulting in the closure of the border in 2019.

Since Petro took office in Colombia, Caracas and Bogota have progressively advanced in normalizing ties severed in 2019 by his predecessor Ivan Duque.

Colombian ambassador to Venezuela, appointed by Petro, submitted the credential to Maduro, marking the diplomatic ties resume after a three-year break. The two sides are sending ambassadors to each other, seeking to restore military cooperation.