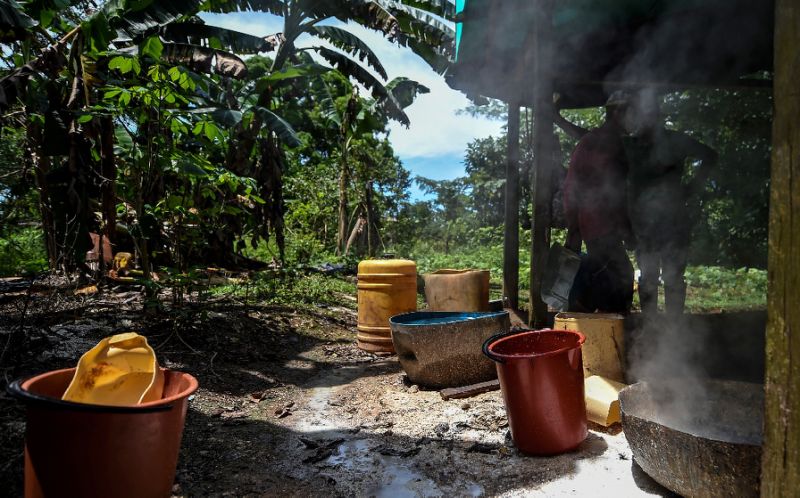 A "cambullon" (small lab to produce cocaine base paste) at a clandestine farm in southeast Columbia. AFP: Photo/Raul Arboleda

Colombian authorities have seized more than two tonnes of cocaine belonging to a splinter group from the now-disarmed FARC guerrilla organization, the military said Saturday.

A coordinated operation of air and ground troops destroyed a coca laboratory in the restive border municipality of Tumaco, the military statement said.

The laboratory belonged to "residual groups" -- as the military generally refers to dissidents who broke away from the peace agreement sealed one year ago between the government and what was the Revolutionary Armed Forces of Colombia, which has now disarmed and turned into a political party.

The South American country is the world's leading coca leaf grower and also the biggest source of cocaine, producing 866 tonnes in 2016, according to the UN.

Tumaco, a port city near Ecuador situated on Colombia's Pacific coast, is on a major route for United States-bound drugs.