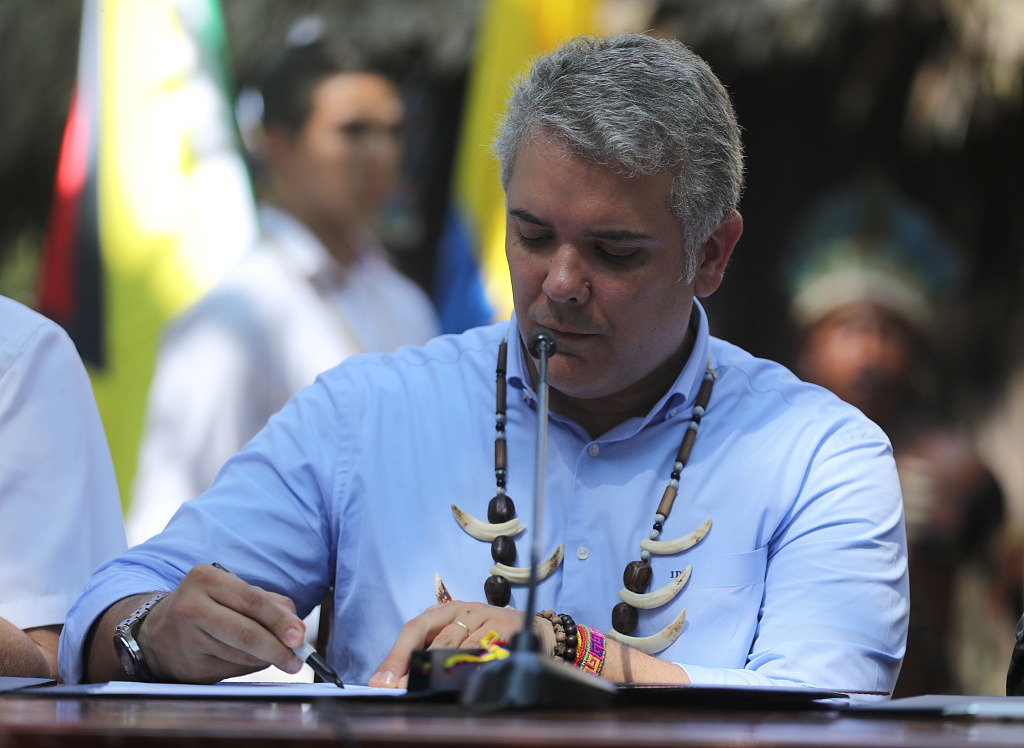 BOGOTA, April 4 (Xinhua) -- Colombian President Ivan Duque announced on Sunday new restrictive measures for several Colombian cities where the number of COVID-19 cases are on the rise and the occupancy of intensive care units (ICUs) is over 70 percent.

"The national government, headed by the Ministries of Health and the Interior ... has issued a series of recommendations to be implemented ... in order to reduce the risk of contagion," said Duque.

According to the president, the measures must be implemented by mayors and governors starting Monday and ending on April 19.

"We recommend that all families and people who traveled during the Easter holidays to places of high ICU occupancy or high levels of contagion, that is, ICU occupancy higher than 80 percent, practice voluntary preventive self-isolation for a minimum of seven days," he said.

According to the president, local authorities should not authorize "events of a public nature that involve crowds of people" or give permits for the opening of discos or establishments where alcohol is sold.

Colombia has registered 2,437,197 cases of COVID-19, with 63,932 deaths, according to the Ministry of Health and Social Protection.