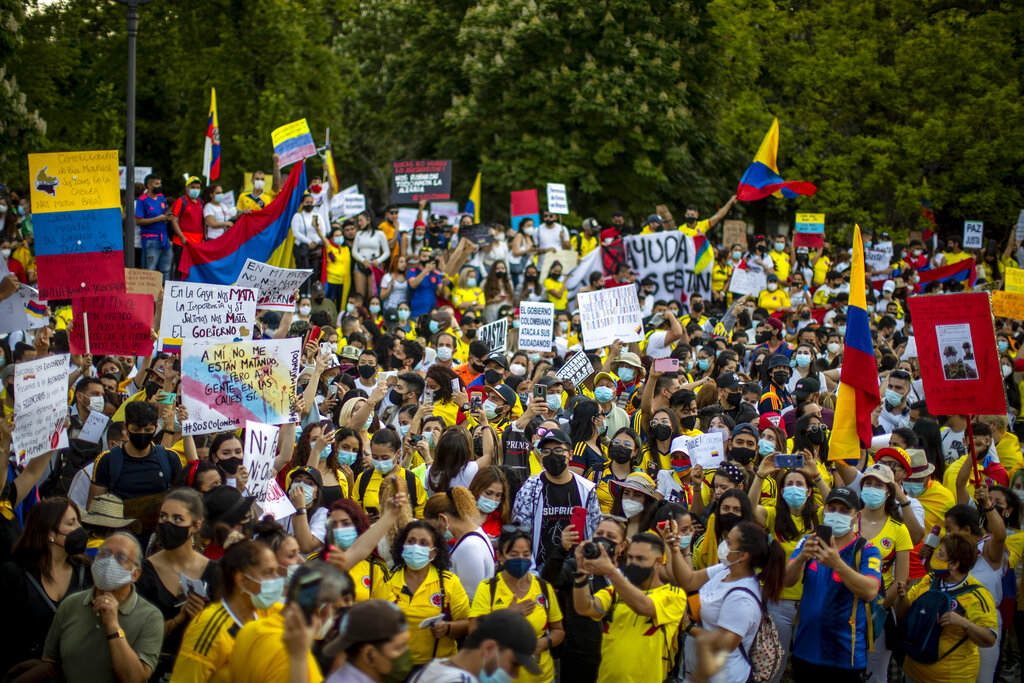 People gather during a protest against the violence happening in Colombia against tax reform in Madrid, Spain, Thursday, May 6, 2021.（Photo: AP）

BOGOTA, May 6 (Xinhua) -- Colombian President Ivan Duque rejected on Thursday the "acts of violence" that have taken place in the past week during a national strike, including looting of and damage to state and private property.

"We have to categorically reject violence and all manifestations and expressions that threaten the life, honor and property, rights and liberties of citizens," Duque said after meeting with high court representatives.

On April 15, Duque sent a tax law initiative to the Congress that would reform the national tax system, which will raise taxes on the middle class, who took to the streets in protest throughout the country.

For the last eight days, there have been heavy clashes in several cities between authorities and protestors, as well as damage to state and private property.

The president stressed that all acts against citizens and public servants in the last few days must be investigated and punished.

Meanwhile, the president and Vice President Marta Lucia Ramirez announced on Thursday they hope to meet with strike organizers to negotiate their demands.

"We want to announce that the president and vice president are willing to meet with all social actors in the country, including members of the strike committee, to meet urgently," Labor Minister Angel Custodio Cabrera said.