A huge reservoir that supplies water to tens of millions of people in the Western United States is at such low levels that populations it feeds must reduce their useage next year, the government said Monday. 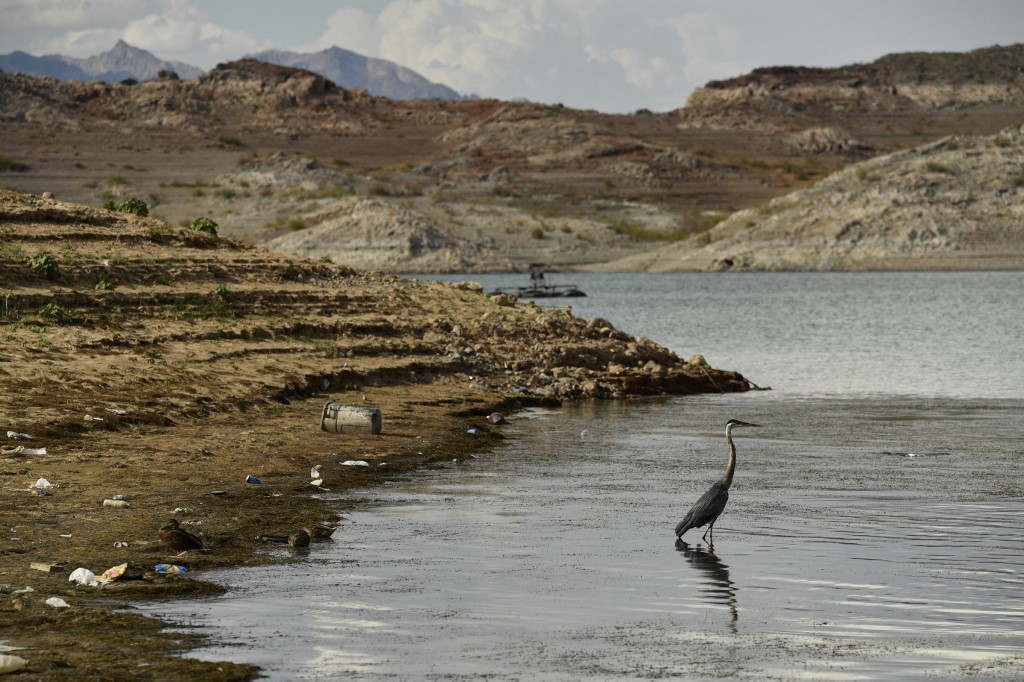 In this photo taken on July 19, 2021 a bird stands in the water among trash and debris as a "bathtub ring" is visible during low water levels due to the western drought at the Lake Mead Marina on the Colorado River in Boulder City, Nevada. (File photo: AFP)

A chronic drought has left huge swathes of the country parched, as man-made climate change forces shifts in the pattern of rainfall.

That has left Lake Mead, the largest US artifical reservoir which is fed by the mighty Colorado River, worryingly low -- at just a third of its capacity.

"Like much of the (US) West, and across our connected basins, the Colorado River is facing unprecedented and accelerating challenges," said Tanya Trujillo, an official with the federal water resources agency.

"The only way to address these challenges and climate change is to utilize the best available science and to work co-operatively across the landscapes and communities that rely on the Colorado River."

That means starting in January, places downstream of Lake Mead -- formed in the 1930s by the building of the Hoover Dam -- will receive less water.

Arizona's water supply will drop by almost a fifth, compared with a normal year, while Nevada will get seven percent less and Mexico will see a five percent reduction.

According to a study released last year by the US Geological Survey (USGS), the Colorado River's flow has declined by an average of 20 percent over the past century.

At least half of that decline can be attributed to rising temperatures in the area.

Global warming caused by human activity -– mostly the burning of fossil fuels -– has pushed up Earth's average surface temperature 1.1 degrees Celsius (2.0 degrees Fahrenheit) compared to mid-19th century levels. Most of that increase has occurred in the last 50 years.

A UN draft climate report obtained by AFP says these rising temperatures will cause water shortages around the world.

"Globally, 800 million people are projected to experience chronic water scarcity due to drought cause by two degrees Celsius of warming," it says.