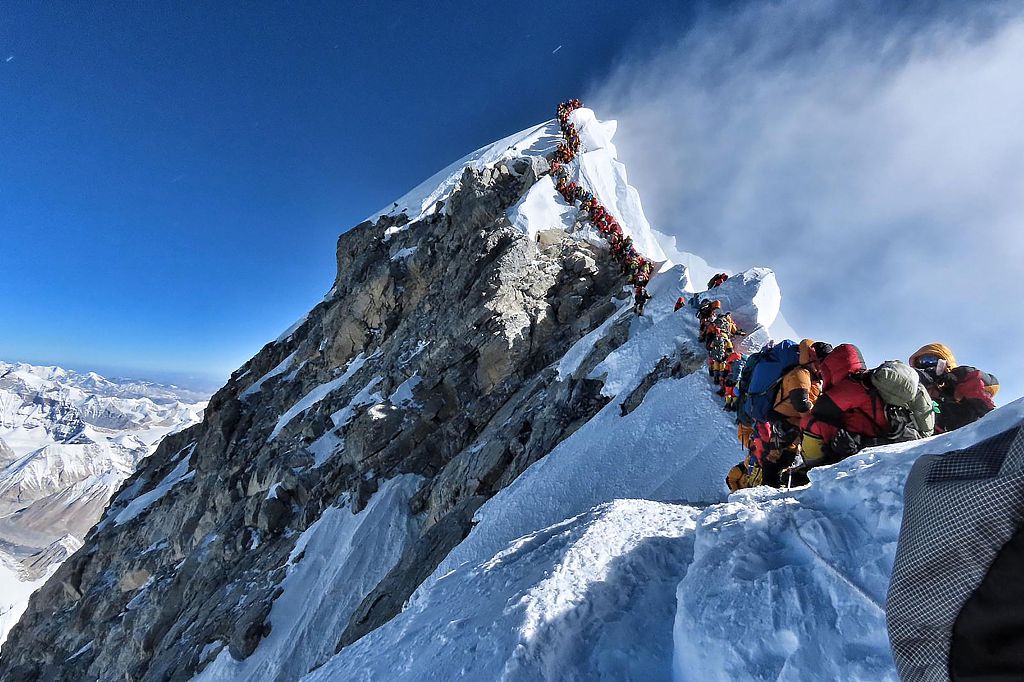 Heavy traffic of mountain climbers lining up to stand at the summit of Mt Qomolangma, May 22, 2019. (Photo: VCG)

LOS ANGELES - A Colorado man died on Monday shortly after getting to the top of Mt Qomolangma, becoming the second American that has died on the mountain this season and the 11th death overall, according to local media reports.

The victim was identified as Chris Kulish, 62, of Boulder in northern Colorado, according to the Denver Post.

He died Monday morning while descending from the highest peak in the world, his family confirmed in a statement. The cause of his death was not clear, according to the report.

Another American, 55-year-old Donald Cash, died last week while making his way down the mountain, minutes after reaching the top of Mt Qomolangma.

This year has been the deadliest for climbers on the Mt Qomolangma since 2012, according to media reports. The climbing season for the world's highest point is April and May, and all of the 11 deaths have occurred within this period.