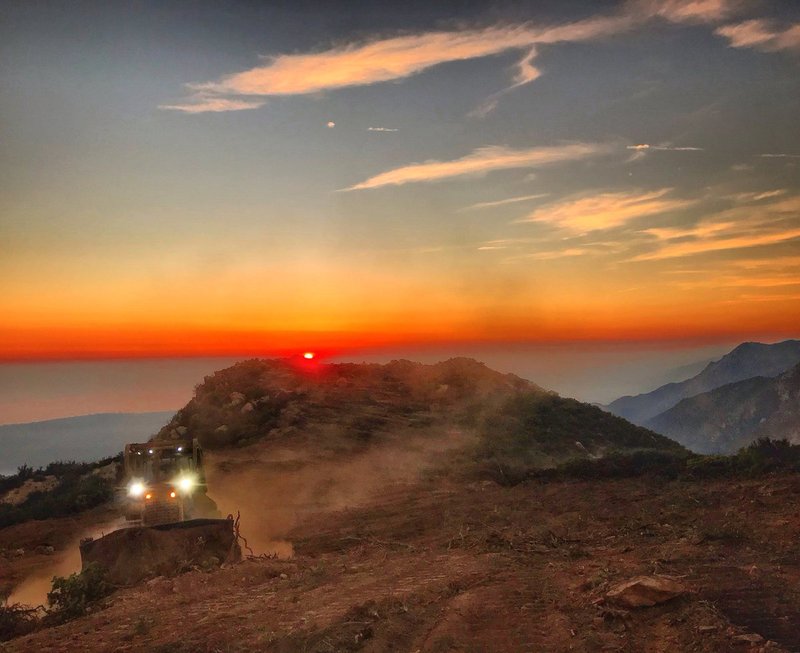 The colossal wildfire burning northwest of Los Angeles became the fourth largest in California history and authorities said it would likely keep growing and threatening communities as hot, gusty winds fanned the flames.

Firefighting costs so far were tallied at $74.7 million, according to the California Department of Forestry and Fire Protection.

Some evacuations were lifted and the risk to the agricultural city of Fillmore was diminishing. But coastal enclaves to the west remained under threat as crews protected hillside homes in Montecito, Summerland and Carpinteria.

Schools were closed and many roads remained shut down. The USA Water Polo Women’s National Team match against the Netherlands scheduled for Saturday in Santa Barbara was moved to Orange County.

The National Weather Service said extreme fire danger conditions could last through the weekend due to lack of moisture along with a likely increase in wind speeds. Gusts were expected to top 35 mph (56 kph) by midday Thursday.

Firefighters made some progress Wednesday on corralling the fire, which continued to spread mostly into national forest land.

Since the blaze broke out on Dec. 4, it has burned destroyed 970 buildings — including at least 700 homes. Flames threatened some 18,000 buildings and prompted evacuations of about 100,000 people. Covering more ground than the city of San Diego, it was 30 percent contained.

To the south in San Diego County, firefighters came very close to containing another major wildfire a week after it broke out.

That fire burned down 157 structures, most in its destructive first hours. It also killed 46 race horses at a training center, and left one of their trainers with serious burns.