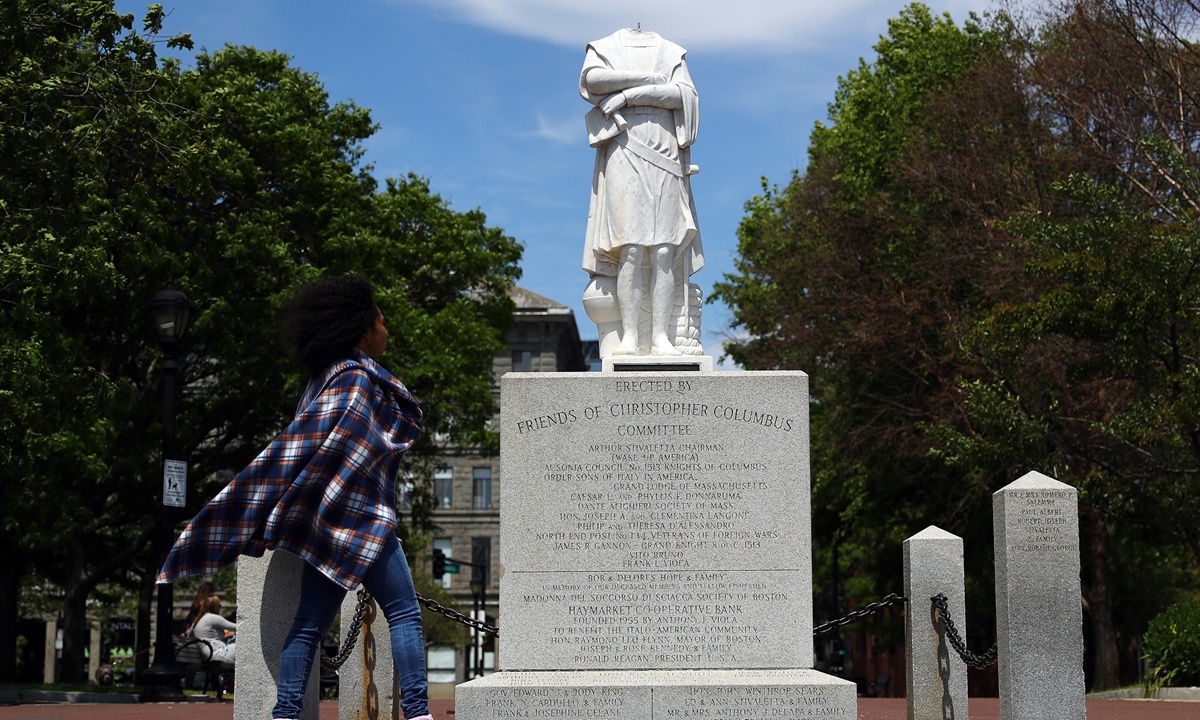 Thousands of indigenous people demonstrated in southwestern Colombia on Monday demanding an end to violence, on the day commemorating Christopher Columbus's arrival in the Americas.

Clashes also broke out between police and protesters in Chile as hundreds demonstrated in favor of the Mapuche indigenous people on the day known in many countries in the region as the "Day of the Race."

Dressed in green and red and carrying traditional sticks, the demonstrators converged on the city of Cali where they hope to meet President Ivan Duque.

"The main reason we're marching is the systematic massacres happening in our territories without the government taking any interest," said Franky Reinosa of the Regional Indigenous Council in the western state of Caldas.

The demonstrators are demanding they be consulted on major development projects and for the full implementation of the historic 2016 peace plan that ended half a century of armed resistance by the Revolutionary Armed Forces of Colombia (FARC) rebels.

Interior Minister Alicia Arango said on Twitter a government delegation was traveling to Cali to meet the protesters.

The demonstration coincides with the commemoration of the arrival of Christopher Columbus in the Americas.

While the occasion was originally intended to mark the beginning of Hispanic influence in the Americas, for many people in Latin America it is seen as an opportunity to celebrate native cultures and their resistance to European colonialism.

The southwest of Colombia that borders Ecuador and the Pacific has a large indigenous population and is one of the worst affected areas by a wave of violence that has resulted in at least 42 massacres in 2020, according to the United Nations.

Despite the 2016 peace accord, dozens of armed groups remain active in Colombia fighting over the lucrative drug-trafficking trade.

Representing 4.4 percent of Colombia's 50 million population, indigenous people have been fighting for territorial rights for decades, using methods such as road blocks to gain attention.

In Chile's capital Santiago, hundreds of people converged on a central square for a demonstration dubbed "Mapuche Resistence."

Clashes broke out with police as some people wearing hoods smashed bus stops and road signs and threw stones at security forces.