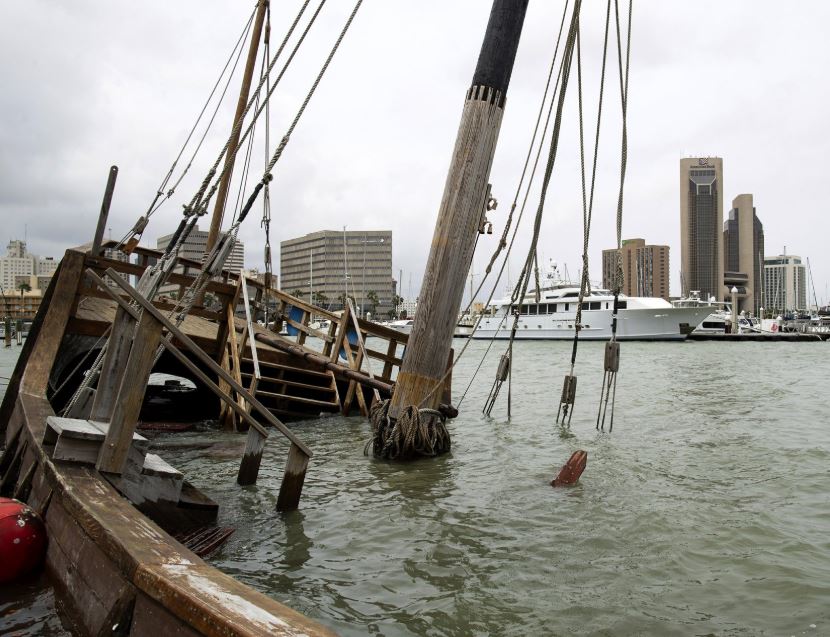 A docked replica of a Christopher Columbus ship that sank in 2017 days after Hurricane Harvey struck Texas has swamped again.

Officials say divers will examine La Nina (NEEN’-yuh) at the Corpus Christi Marina before efforts begin to refloat the ship that sank Tuesday.

La Nina, although in disrepair, has been a tourist attraction. The 75-foot (22.86-meter) ship sank in August 2017 after Harvey, but was repaired and refloated.

The volunteer Columbus Sailing Association said it could no longer maintain the ship after Harvey. Corpus Christi leaders are also trying to find someone to restore the replica built by Spain in the 1980s to mark the 500th anniversary of the Columbus voyage to the New World.