WORLD Commentary: How will the US deal with its flawed gun control system?

Commentary: How will the US deal with its flawed gun control system? 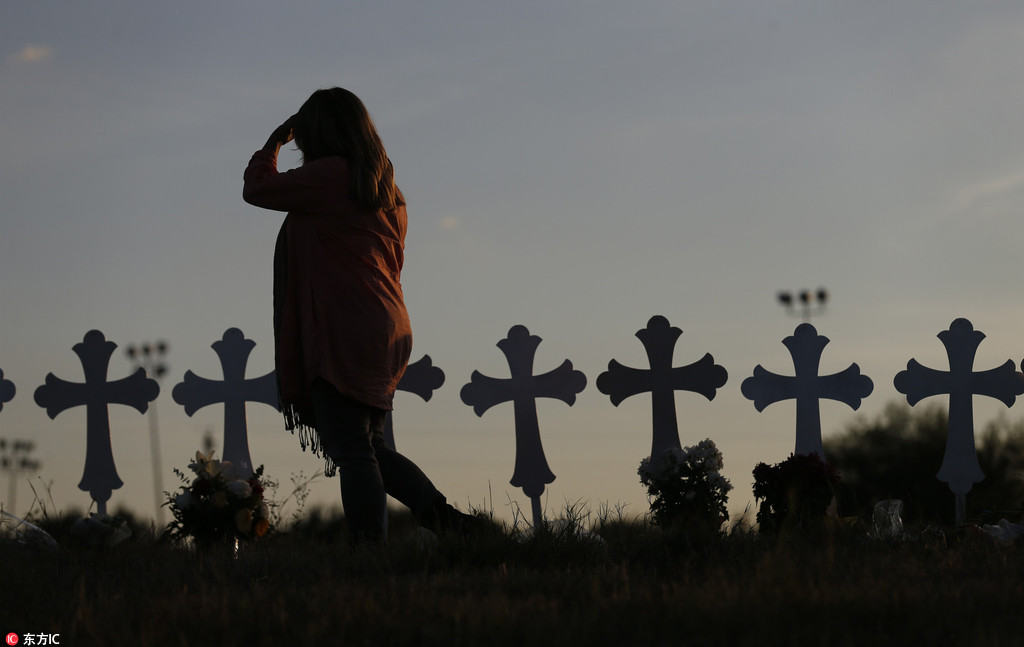 Austin resident Leslie Vandiver walks along a row of crosses that honor the victims of Sunday's shooting tragedy at First Baptist Church in Sutherland Springs, Texas on Tuesday, Nov. 7, 2017.(Photo:IC)

The US and the world are still in shock after a gunman shot and killed 27 people and wounded scores of others in Sutherland Springs, a small community in Texas.

The Texas shooting is among the worst in modern American history. Another shooting in Las Vegas just a month earlier caused 58 deaths, the deadliest mass shooting in the country, breaking the record of the Orlando shooting which led to 49 deaths in June 2016.

Once again, gun control has resurfaced as a contentious issue in the US.  But, as usual, the debate will disappear.

Clearly, there are big flaws in the US gun control system. The New York Times reported that the gunman, Devin P. Kelly, once escaped from a psychiatric hospital when he served in the Air Force, after making death threats against his superiors and trying to smuggle weapons onto the base where he was stationed in 2012.

Kelly was arrested on an animal cruelty charge in El Paso County, Colorado in 2014. Both the misdemeanor offenses should have prevented him from buying a gun. But the National Instant Criminal Background Check System managed by the FBI had no record of him.

Kelly is not the only case. The gunman in the Las Vegas concert shooting, Stephen Paddock, purchased and owned dozens of rifles and thousands of bullets, passing all background checks. According to Nevada gun laws, there is no need to apply for a permit to own a rifle or a shotgun. Even worse, it is legal to own a semi-automatic weapon made before March 19, 1986.

The two cases show that background checks, which is the core of the current gun control system, is not effective and efficient enough to prevent dangerous people from own ing guns.

The reasons are complex but clear. First, the Second Amendment of the US Constitution states, “The right of the people to keep and bear arms shall not be infringed” has become the battlecry of gun rights advocates.

Second, the US is a nation with long history of gun ownership, which has been strengthened by special interests.

Third, the National Rifle Association and other organizations have played an important role in blocking stricter gun control efforts.  "The president's power is limited, and the NRA wrote the laws,” said Adam Winkler, a UCLA constitutional law professor.

Last but not least, the gun control issue has been over-politicalized, which makes gun control a black-or-white issue with little space for compromise.

No matter how hard it is to further expand and implement gun control laws, the US must take meaningful steps to prevent more tragedies. Gun violence and mass shootings are serious human rights tragedies and the country must make a choice.