BEIJING, July 25 (Xinhua) -- The only serious task of this current US administration these days seems to be stoking and selling the so-called "China threat" theory. 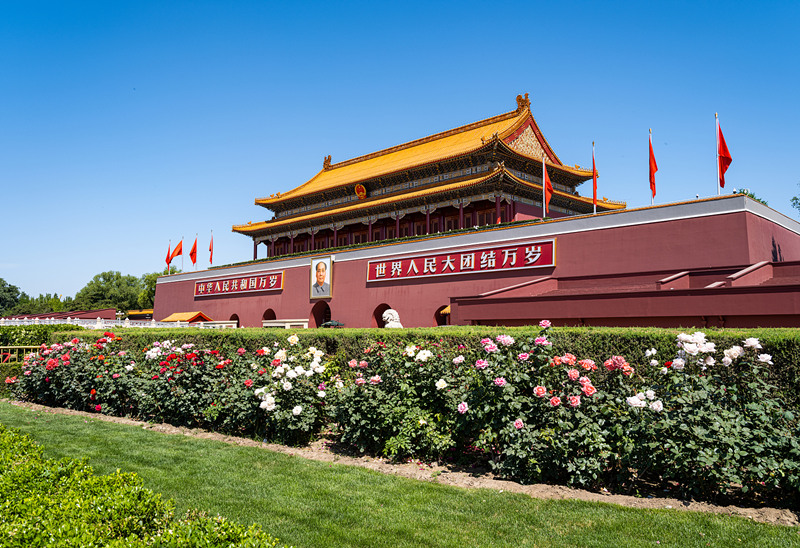 Yet Washington should not expect it can mislead the world community into containing China and serving its hegemonic agenda with corny lies.

Speaking at the Presidential Library of Richard Nixon, the former US president who pressed the start button to normalize relations with China about five decades ago, US Secretary of State Mike Pompeo on Thursday urged an end to the long-held engagement approach towards China and called for "a new alliance" to force China to change according to Washington's wishes.

Pompeo's highly provocative remarks are nothing new as he, as always, has falsely accused China of ripping off the United States, suppressing human rights in Xinjiang, and seeking to dominate the world.

The speech marked the finale of a string of malicious China-smearing statements made in recent weeks by a band of senior US officials, who also included Attorney General William Barr, National Security Advisor Robert O'Brien and Federal Bureau of Investigation Director Christopher Wray.

Since the incumbent US administration assumed power, those China hawks in Washington, driven by arrogance and ideological bias, have been seeking to portray China as a rival to the United States, as well as a threat to the so-called Western democratic world. The incumbent administration's growing re-election anxieties also explained Washington's recent surge of hostile rhetoric and moves to demonize Beijing.

However, under the leadership of the Communist Party of China, China has lifted hundreds of millions of its people out of extreme poverty, and contributed immensely to the global economic growth over the decades, while many of America's big multinationals have reaped handsomely in China's ever opening up markets.

Meanwhile, Beijing has also followed a path of peaceful development, and been the largest troop contributor to the UN peacekeeping mission among the five permanent members of the UN Security Council. Also, it always advocates and has practiced the notion that all nations are equal and have the right to choose a development model that suits their own conditions. China never tries to impose its own path on others.

By contrast, it seems that the current White House over the last almost four years has been unwilling, gutless and clueless to solve many of America's long-standing problems like fixing entitlement programs and gun violence. It has also been turning the United States into the gravest danger to the world.

Instead of rallying a global charge to beat the COVID-19 pandemic, this self-dealing US administration has not only failed to effectively contain the coronavirus outbreak within its own borders, but also intentionally disrupted the anti-virus efforts of others including those of its allies, and hindered international pandemic cooperation by withdrawing from the World Health Organization.

Instead of promoting free and open trade, the current White House has made a sharp protectionist turn, willfully unleashed tariff tantrums against most of its major trading partners, and deliberately paralyzed the World Trade Organization's Appellate Body without considering that its trade policies can damage the rule-base international trading regime and will plunge the global economy into an abyss of uncertainty and recession.

Instead of endorsing multilateral approaches to tackle some of the world's most challenging problems like climate change and nuclear non-proliferation, the current White House has quitted the Paris climate accord, departed from the Iran nuclear deal, and turned its back on the Intermediate-Range Nuclear Forces Treaty.

Washington's reckless and indiscriminate bullying has made the United States increasingly unpopular on the world stage, even among its European allies. The majority of Europeans hold an increasingly negative view of the United States, with just 2 percent of Europeans surveyed expressing the view that the country was "helpful" in the pandemic fight, according to a recent poll done by the European Council on Foreign Relations, a think tank.

Pompeo chose Nixon's presidential library to give his inflammatory China-bashing speech in a bid to prove that Nixon's engagement approach towards China is wrong and has failed. However, the enormous benefits generated and shared among people all over the world because of a stable and sound China-US relationship in the past some five decades have proved otherwise.

Ultimately, the Pompeos should check their impulse to subjugate or remold others for global domination. They should not overestimate their ability to impose their anti-China attempts on others. After all, few, if any, around the world will want to follow the lead of an erratic, overbearing and narcissistic Washington.