Committee of 100 calls for greater transparency in college admissions criteria 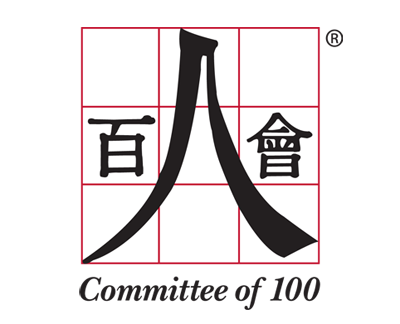 New York (People’s Daily) – In a statement Wednesday, the Committee of 100 (C100) called on Harvard University and other top colleges to be more transparent in their admissions criteria to dispel any notion of discrimination in their student selection process.

The group is also urging these same colleges to increase the diversity of their admissions office staff and the representation of Asian Americans among the decision-making bodies.

The group is “being disturbed by some of the initial discovery findings in the ongoing 2014 lawsuit by Students for Fair Admission (SFFA) against Harvard University, alleging discrimination by Harvard against Asian American applicants,” said the statement.

According to a news report, in the SFAA case against Harvard, whether there is in fact an intended policy of discrimination against Asian American applicants at Harvard will be adjudicated in the courts in October.

A statement from the SFAA said that the discovery process has revealed some disturbing assessments. On the plaintiff’s end, a statistical analysis conducted on 160,000 student files in the last six years of Harvard’s admissions revealed that Asian American applicants outranked all other racial groups in academic achievement and extracurricular activities, but consistently scored the lowest of all racial groups in personal quality categories, including likability, helpfulness, and courage.

Despite personal interviewers and teachers and guidance counselors who rated Asian Americans on par with white applicants in personal qualities, Harvard admissions officers, many of whom have never met the applicants, subsequently rated these same Asian Americans lowest in this category. The reasons behind the personality scores remain unknown to the public.

In 2013, Harvard’s own in-house research division, the Office of Institutional Research (OIR), conducted an investigation into the school’s treatment of Asian Americans and found that among non-athlete, non-legacy applicants, Asian American applicants outperformed or performed on par with Caucasian applicants in every category, except personal rating, and yet were admitted at lower rates than whites every year over a ten-year period.

Harvard has deemed this OIR study “incomplete, preliminary and based on limited input." Harvard’s own expert analysis in the current case, using the same data as SFFA but a different methodology, claims no evidence of discrimination against Asian American applicants, but the university has refused to disclose details for how their admissions officers rate personal qualities and overall scores.

The ratings appear to suggest that Asian Americans have less desirable personal qualities, that they are somehow less likable or less helpful than other applicants and hearken back to anti-Asian stereotypes of being perpetually different, of being less American.

Charlie Woo, Public Policy Engagement Chair for C100, notes, “Asian Americans, like all Americans, wish to be treated as individuals with their own unique life experiences, goals and dreams, and not discriminated against on the basis of their race or ethnicity.”

“Claims of anti-Asian discrimination in top college admissions dates back to the 1980s and are not just unique to Harvard. The same transparency, clarity and accountability that is being asked of Harvard should apply to other top colleges and universities. Secrecy only serves to maintain unequal and potentially discriminatory systems of review and decision-making and compromise the integrity of the entire higher education system,” said the statement.

In addition to admissions transparency, C100 further calls upon these colleges and universities to increase diversity within their admissions office staff and the representation of Asian Americans on the decision-making bodies.

“The possibility that implicit bias – preconceptions and assumptions about others based on long-held cultural and racial stereotypes – may play a significant role in college admissions, that admissions officers will rate more highly and choose those who are more like themselves, is very real and should be looked at with greater scrutiny,” Wu noted.

The Committee of 100 is an international, non-partisan leadership organization of prominent Chinese Americans in business, government, academia, and the arts. For over 25 years, the Committee has been committed to a dual mission of promoting the full participation of Chinese Americans in all fields of American life and encouraging constructive relations between the peoples of the US and Greater China.