WORLD Companies prepare for the worst as no-deal Brexit looms

Companies prepare for the worst as no-deal Brexit looms 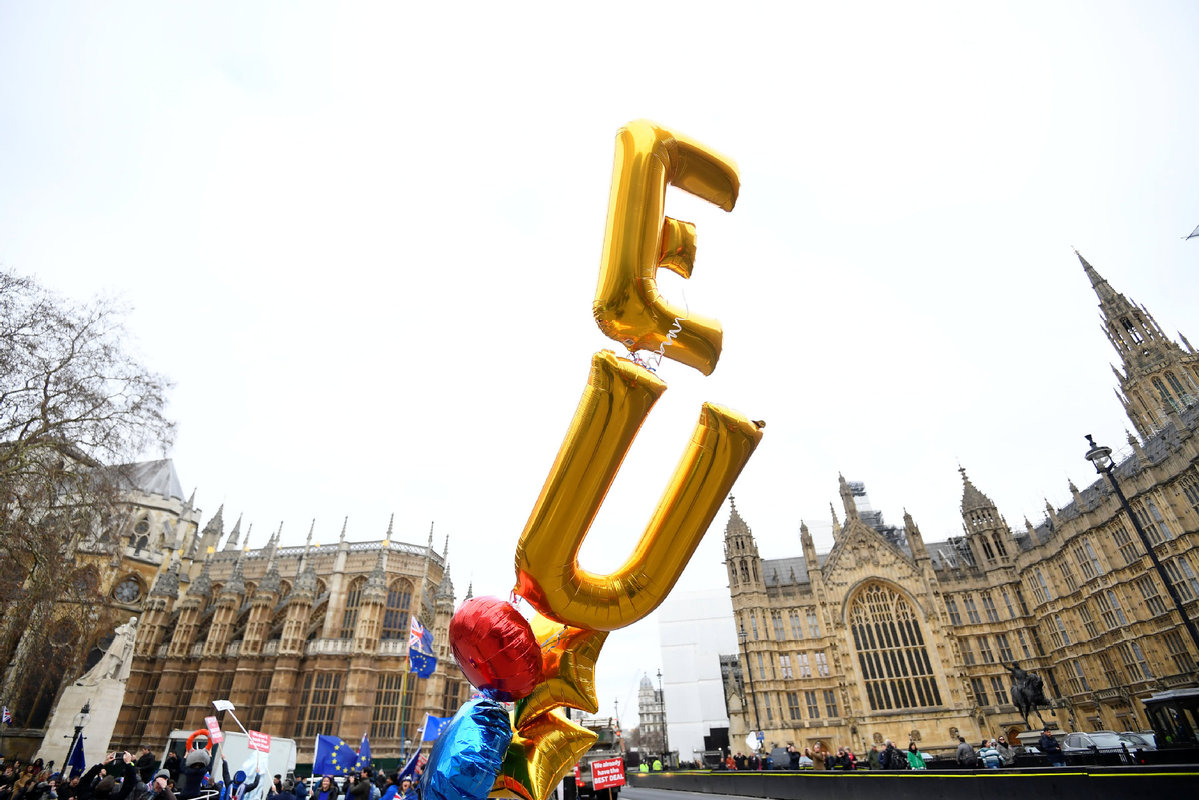 Anti-Brexit and Pro-EU balloons are pictured outside the Houses of Parliament in London, Britain, Jan 15, 2019. (Photo: Agencies)

British enterprises fear the worst and are preparing for the nation to crash out of the European Union without a post-Brexit trading deal in place.

The British Chambers of Commerce says businesses are making contingency plans, with many preparing to leave the United Kingdom and others stockpiling goods in anticipation of post-Brexit no-deal chaos.

Matt Griffith, director of policy with the west of England branch of the organization, which is also known as the BCC, told the Guardian companies are protecting themselves and that they ramped up efforts after members of Parliament defeated Prime Minister Theresa May's proposed Brexit withdrawal bill on Jan 15, by a massive 432 votes to 202.

"Since the defeat for the prime minister's deal, we have seen a sharp increase in companies taking actions to try and protect themselves from the worst effects of a no-deal Brexit," he said. "'No deal' has gone from being one of several possible scenarios to a firm date in the diary."

MPs will consider an amended version of May's defeated deal on Tuesday but it too is likely to be voted down and pundits are predicting MPs will then try to take over the Brexit agenda by going over May's head and seeking an extension to the March 29 deadline by which the UK is set to leave the EU. The MPs hope an exit deal can be found during the extension.

Labour MP Yvette Cooper is spearheading the attempt to have Brexit delayed until the end of the year and told the Observer newspaper she took action after two major employers in her West Yorkshire constituency－luxury brand Burberry and confectioner Haribo－urged her to help avoid a no-deal Brexit.

But senior Conservative Party MP Andrea Leadsom said in a column in the Sunday Times that attempts to delay Brexit are a "thinly veiled attempt to stop Brexit".

The BCC and the Confederation of British Industry have said UK exporters need a Brexit withdrawal deal in place that offers access to the EU customs union and the EU is also understood to be strongly in favor of the UK remaining a member of that customs union too. But May says the UK must leave both the customs union and EU single market if it is to honor the result of the 2016 referendum in which voters chose to leave the EU.

The BCC says many of its 75,000 members believe crashing out without a deal is increasingly likely.

Airbus, Europe's largest aerospace manufacturer, warned last week its UK operations, which employ 14,000 people and support 110,000 other jobs, would be devastated by a no-deal Brexit.

The BBC, meanwhile, says MPs will need to forgo their holiday between Feb 14 and Feb 25 if they are to have any hope of delivering a Brexit deal before March 29. May is likely to ask MPs to work through the holiday, and agree to longer days.