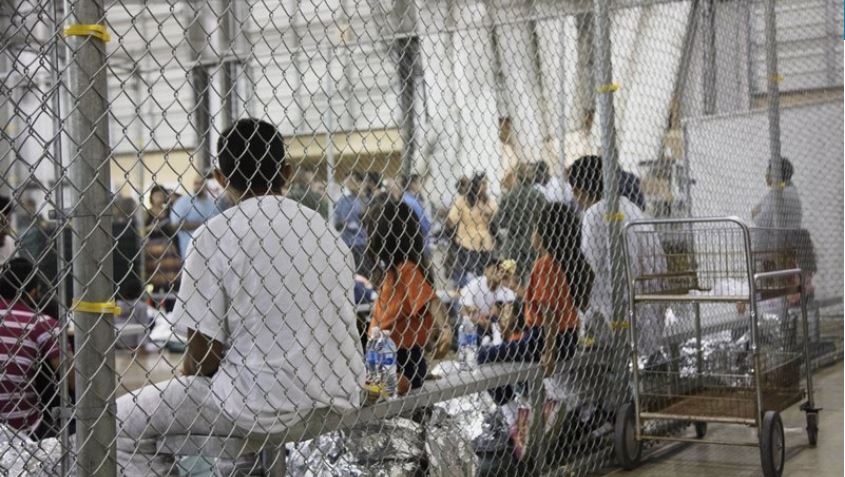 US immigration authorities coerced dozens of parents separated from their children at the border to sign documents they did not understand, according to a complaint filed Thursday.

In some of the cases, parents gave away rights to be reunited with their children when the non-English speaking mothers and fathers signed documents in English they could not read, according to the complaint provided to The Associated Press before it was filed with the Department of Homeland Security.

In other cases, parents who had been reunited were threatened with another separation if they didn’t agree to be deported with their children, the complaint said.

All of them said they weren’t allowed to ask what would happen if they signed the form.

The US government separated more than 2,500 children from their parents this year as the Trump administration adopted a “zero-tolerance” policy requiring anyone who crossed the border illegally to be prosecuted. That resulted in parents who had to go to federal court to face criminal misdemeanor charges of illegal entry to be separated from their children, often for months.

A federal judge overseeing a lawsuit against the government gave authorities until July 26 to reunite all families, although as many as 366 parents who were deported to their home countries have yet to be reunited with their children.

The complaint to the Department of Homeland Security’s Officer for Civil Rights and Civil Liberties and Inspector General claims several mothers said that Immigration and Customs Enforcement officers told them that if they didn’t sign the form, they would never see their children again.

“A great many of these individuals do not wish to have their child returned home with them. The reason most of them have come in the first place is to get their children to the United States,” Albence said at the time.

The complaint claimed migrant parents separated from their children were subjected to verbal and physical abuse, including being deprived of food and water and being put into solitary confinement.

In one example, a Guatemalan mother who was separated from her 5-year-old son said an officer at the Port Isabel, Texas, detention center told her to sign a document to be returned to her home country so that she could get her son back.

The officer didn’t explain what she was signing and the woman did so out of desperation, according to the complaint. The woman, like many others, also reported being threatened with solitary confinement because she was crying so much over being separated from her son.

The woman, referred to only as “A.E.” in the complaint, was eventually reunited with her son and is currently detained with him in Dilley, Texas.

“Coercive tactics employed against a vulnerable population raises significant legal concerns and threatens the fundamental due process, statutory, and regulatory rights of parents who were separated from their children,” the attorneys wrote in the complaint.

Stories of parents who said they were coerced into signing off on their deportations and further separations have circulated for months.

Rolando Antonio Bueso Castillo, the father of a 1-year-old boy, said he was told he’d be reunited with his son if he signed off on his deportation.

But it would be five months before the boy, Johan, would be reunited with his parents in Honduras. That happened only after an immigration judge granted the boy a voluntary departure order, which allowed the government to fly him home.