WORLD Concerns in EU growing about risks of second wave

Concerns in EU growing about risks of second wave 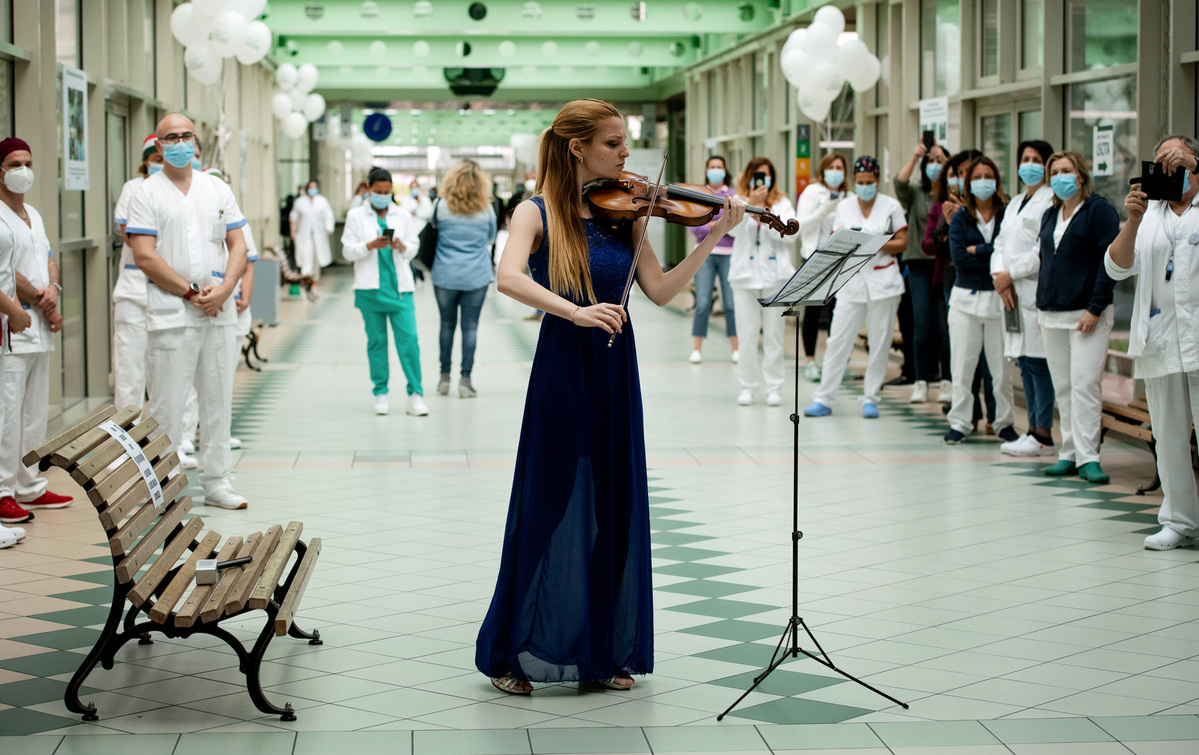 As European Union member states continue to ease COVID-19 lockdown restrictions imposed two months ago, concerns about the risks of a second wave of infections have been growing.

In Belgium, after all shops were allowed to open again on Monday, long lines were seen outside fast fashion and retail shops in Brussels.

In the Rue des Tongres shopping area, many people walking on the narrow sidewalks and into the stores were not wearing masks.

"It is not very encouraging for a second phase," Belgian Health Minister Maggie De Block said of the latest easing of lockdown measures, as she watched images of lines forming on Monday morning in front of large commercial signs, according to The Brussels Times.

Other EU member states, such as Italy, Spain, France and Germany, have also taken more measures to lift restrictions by opening stores and resuming classes.

Germany, which has been widely viewed as effective in flattening and crushing the curve of infections, has already witnessed a resurgence after Chancellor Angela Merkel said on May 6 that the country could gradually return to normal.

On Tuesday, the Berlin-based Robert Koch Institute for public health reported 933 new cases in Germany, a jump from the 357 reported on Monday.

The institute said Germany's reproduction rate had jumped to 1.1, meaning 10 people with COVID-19 infect 11 others on average. The rate as of May 6 was 0.65.

World Health Organization Director-General Tedros Adhanom Ghebreyesus described Germany on Monday as a country that has a system in place to detect and respond to a resurgence in cases. He had advised countries of "a slow, steady lifting of lockdowns" while "keeping a vigilant eye on the virus".

The 27-member European Union has also sounded the alarm about a second wave.

"Member states should prepare for eventual second waves of infections by taking any opportunity to enhance the existing surveillance systems," Stefan de Keersmaecker, the European Commission spokesman for public health, told a news conference on Monday.

He said the commission will work with the European Centre for Disease Prevention and Control and member states to ensure that the public understands that new waves can occur even if the initial wave of infection was successfully managed.

ECDC Director Andrea Ammon said that if the measures are lifted too quickly, without being accompanied by testing, contact tracing, physical distancing and hand-washing, "then we can see the next wave pretty soon".

The German government has already warned that strict measures will be reimposed if there are more than 50 new infections a week per 100,000 residents.

In France, Bruno Bonnell, a member of the National Assembly and a member of President Emmanuel Macron's ruling La Republique En Marche party, told the media there is "no doubt" the infection rate will rise as France eases lockdown measures. He said it was a case of trying to balance the needs of the economy with public safety.

Anders Tegnell, the Swedish epidemiologist who designed the country's unique approach of no strict lockdown, told the Financial Times that other countries that have imposed lockdowns could face more cases in a second wave because fewer people have been exposed to the virus than in Sweden.

The worry about a second wave comes as many Europeans are thinking about summer vacations.

"We know how much European citizens are looking forward to summer and to travel. Their huge sacrifices over the past months will make a cautious and gradual reopening possible, for now," said European Commissioner for Health and Food Safety Stella Kyriakides. However, she said, "We need to maintain vigilance, physical distancing and rigorous health precautions."