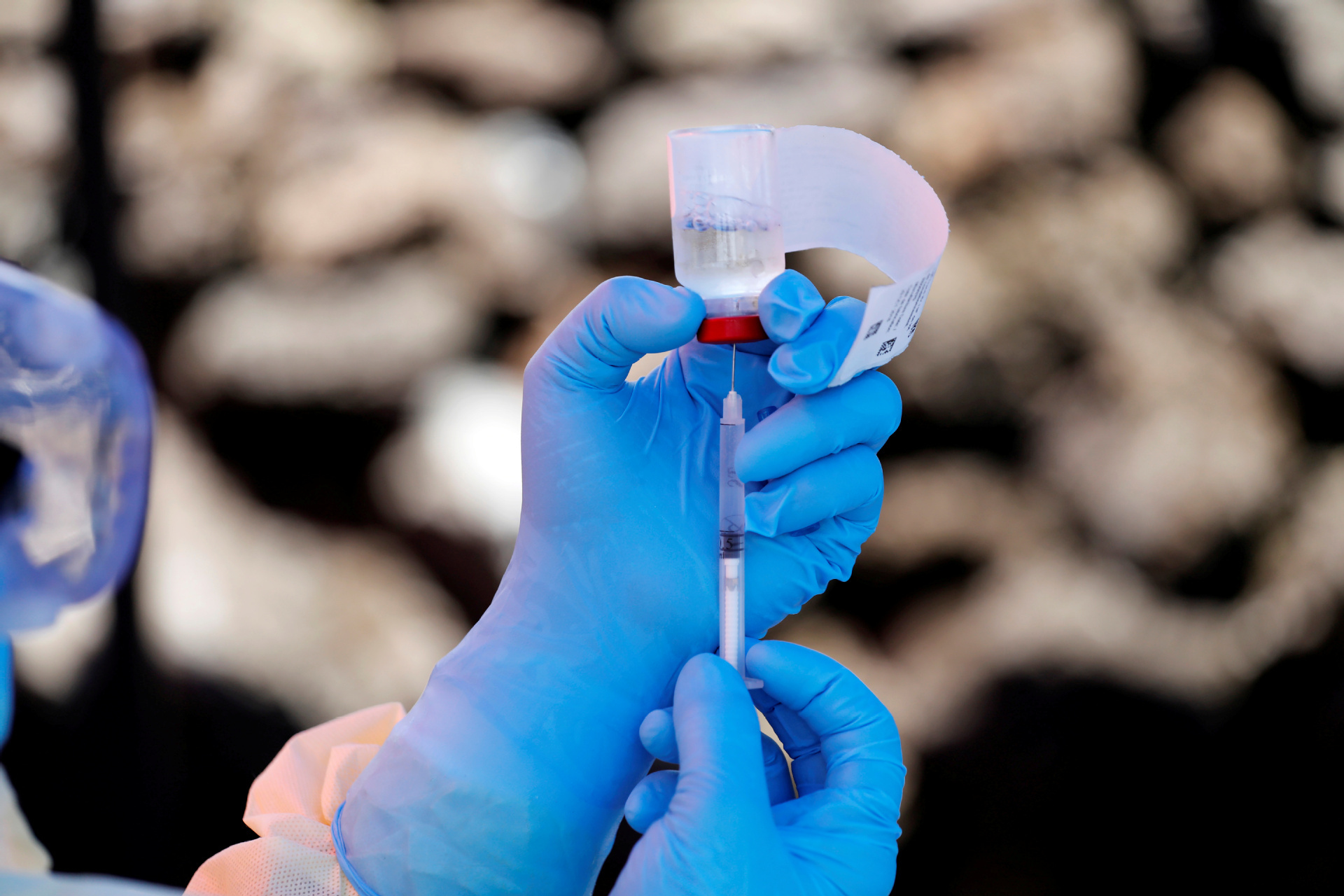 A health worker fills a syringe with Ebola vaccine before injecting it to a patient, in Goma, the Democratic Republic of Congo, in this Aug 5, 2019 file photo. (Photo: Agencies)

The Ebola outbreak in the western part of the Democratic Republic of Congo is increasing rapidly, raising concerns that the situation could worsen.

According to the World Health Organization, the number of Ebola cases in Equateur province reached 100 as of Aug 21, a near two-fold increase in barely five weeks.

"With 100 Ebola cases in less than 100 days, the outbreak in Equateur province is evolving in a concerning way," doctor Matshidiso Moeti, the WHO regional director for Africa, said in a statement released on Aug 21.

"The virus is spreading across a wide and rugged terrain, which requires costly interventions and with coronavirus draining resources and attention, it is hard to scale-up operations," she said.

The WHO said the outbreak presents significant logistical challenges, with affected communities spanning large distances in remote and densely-forested areas of the province, which straddles the equator.

The UN agency said it can take days to reach affected populations, with responders and supplies often having to traverse areas without roads, necessitating long periods of river boat travel.

In addition to the logistical challenges, the WHO said the response is underfunded, further frustrating efforts.

"Without extra support the teams on the ground will find it harder to get ahead of the virus. Coronavirus is not the only emergency needing robust support. As we know from our recent history we ignore Ebola at our peril," Moeti said.

The WHO and its partners have screened more than 640,000 people across 40 points of control that were set up to help keep travelers safe when crossing into an affected area.

The agency also raised awareness on how to recognize symptoms of Ebola and seek treatment among nearly 774, 000 people in the affected communities.

An Ebola outbreak occurred in the same province in May 2018 and was contained in less than three months, with 54 cases and 33 deaths recorded.

The ongoing Ebola epidemic in Equateur province was the 11th outbreak in the country after the 10th one, confirmed in North Kivu on Aug 1, 2018, was declared over on June 25.

The Ebola outbreak that infected 3,470 people and killed 2,287 was the second-largest globally and particularly challenging because it took place in an active conflict zone.

In addition to the Ebola outbreak, DR Congo also is grappling with novel coronavirus that has infected 9,811 people in the country and killed 251 as of Aug 23.