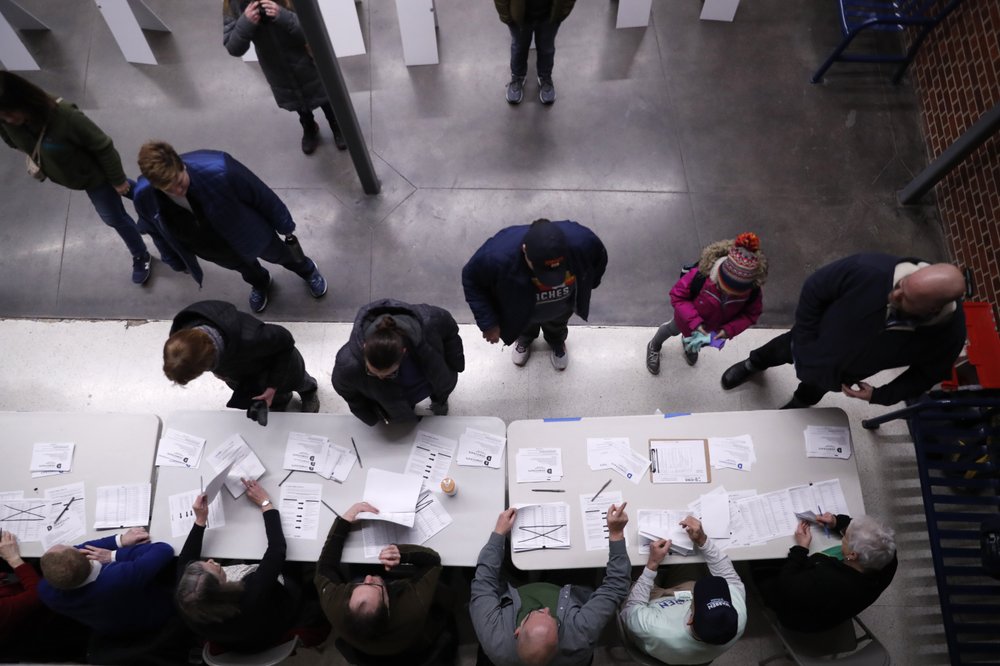 Americans kicked off the first vote of the 2020 presidential race Monday in Iowa, but delayed results in the state's Democratic caucuses triggered hours-long waits and growing confusion on the ground.

Iowa is a closely-watched test for the frontrunners, far-left Senator Bernie Sanders and moderate former vice president Joe Biden, in the months-long process to determine who will face President Donald Trump in November.

But with organizers yet to publish any official results four hours in, the tension was palpable among caucus-goers and Democratic campaigns -- while in television studios news anchors were left filling in the blanks with guesswork.

In a statement read on US networks, Mandy McClure, communications director at the Iowa Democratic Party, said further checks were ordered after "inconsistencies" were found in the reporting of three sets of results.

"This is simply a reporting issue," he said, denying there was "a hack or an intrusion" -- as Republicans including Donald Trump Jr rushed to suggest either incompetence or foul play by the Democratic leadership.

Held across nearly 1,700 sites, the Iowa vote offers a critical early look at the viability of the 11 Democrats still in the race -- even though just 41 delegates are up for grabs, a fraction of the 1,991 needed to secure the nomination in July.

It appeared the delays may have been exacerbated by new rules that the state's Democratic Party instituted after the 2016 election that now require caucuses to report three sets of numerical data rather than one set previously.

As the waiting dragged on, the candidates seized the chance to speak directly to voters with live television addresses -- each making the so far indisputable claim to have beaten expectations.

"When those results are announced I have a good feeling we're going to be doing very, very well here in Iowa," Sanders told loudly cheering supporters.

"Tonight in this enormously consequential 2020 election, the first state in the country has voted, and today marks the beginning of the end for Donald Trump."