Congolese flock back to church after 5-month hiatus over virus

People gathered for public prayer in the Democratic Republic of Congo for the first time in five months on Sunday as the country further eased restrictions linked to the coronavirus pandemic. 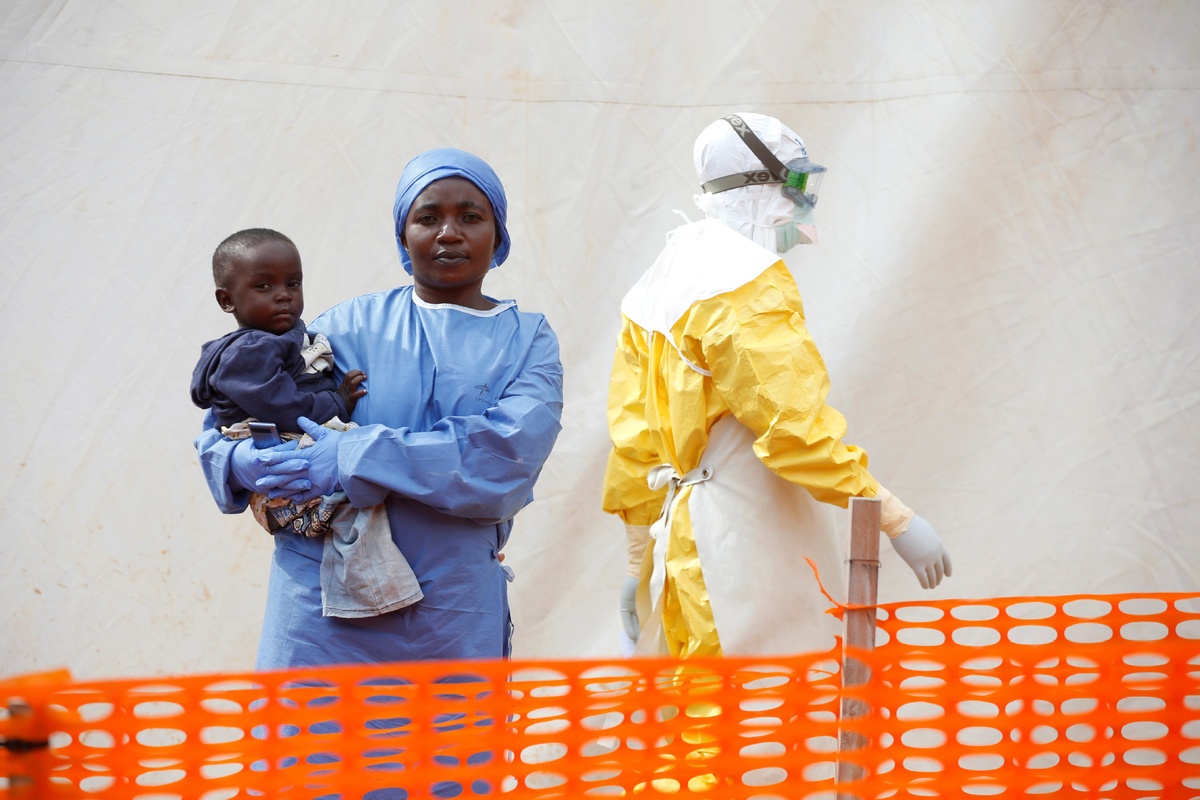 File photo: Mwamini Kahindo, an Ebola survivor working as a caregiver to babies who are confirmed Ebola cases, holds an infant outside the red zone at the Ebola treatment centre in Butembo, Democratic Republic of Congo, on March 25, 2019. (Photo: Agencies)

Worshippers were required to wash their hands with chlorinated water before entering the sanctuary, where they were kept a metre apart.

The priest -- the only person not wearing a face covering -- said those who did not observe the measures risked home confinement.

Nearby at the Philadelphia evangelical church, some worshippers were not wearing masks, but all had their temperatures taken before entering.

Worship resumed in many other cities of the vast central African country including Beni in the east, Kikwit in the southwest and northern Kisangani.

The poor former Belgian colony has recorded 9,676 cases of COVID-19 including 240 deaths since the first cases emerged on March 10, according to the latest official figures.

The health emergency decreed on March 24 was lifted on July 21.