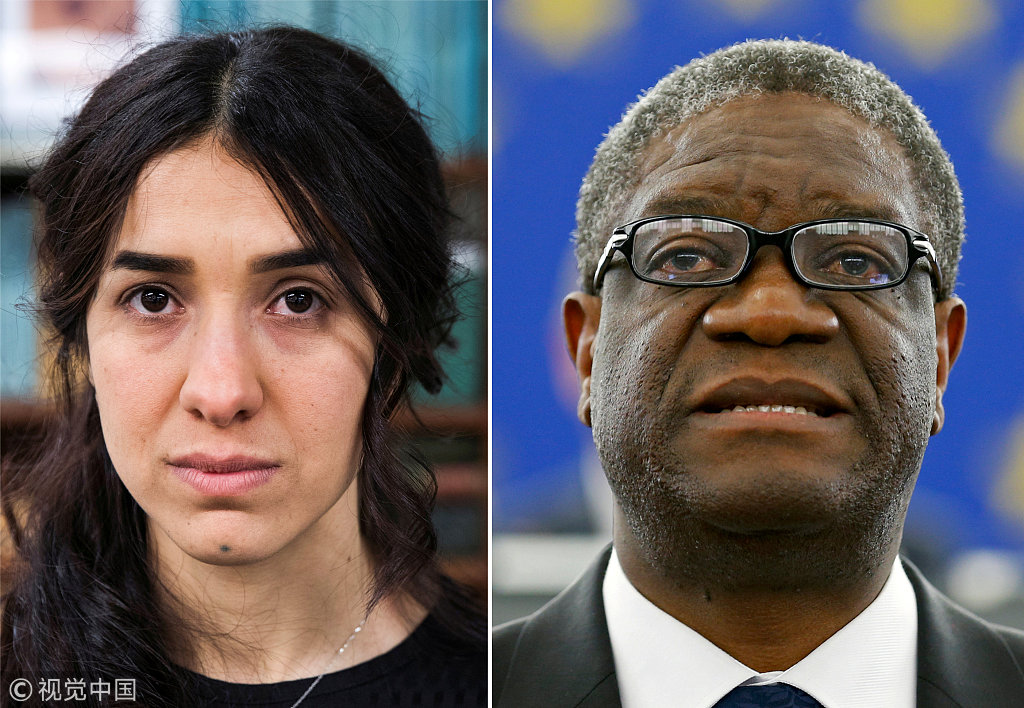 "Both laureates have made a crucial contribution to focusing attention on, and combating, such war crimes," Berit Reiss-Andersen, chairperson of the five-member committee, said in her announcement.

"Each of them in their own way has helped to give greater visibility to war-time sexual violence, so that the perpetrators can be held accountable for their actions," she said.

Mukwege, 63, has spent large parts of his adult life helping the victims of sexual violence in the Democratic Republic of Congo as most of the abuses have been committed in the context of a long-lasting civil war, according to the Norwegian Nobel Committee.

Murad, 25, is a survivor of sexual slavery by the Islamic State in Iraq. "She has shown uncommon courage in recounting her own sufferings and speaking up on behalf of other victims," Reiss-Andersen said.