WORLD Congratulations pour in from around globe

Congratulations pour in from around globe 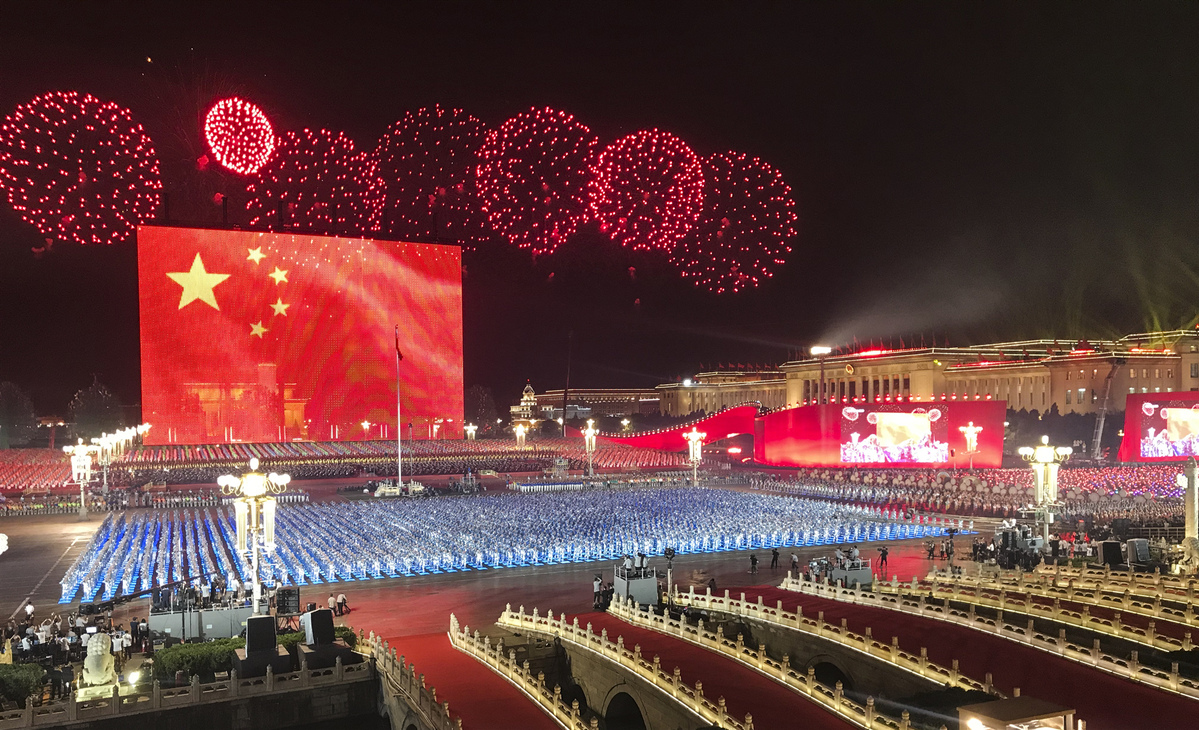 Tuesday was a special day for Jimmy Carter, the 39th president of the United States, who normalized diplomatic relations with the People's Republic of China. The day marked the 70th anniversary of its founding.

Carter celebrated his 95th birthday on the same day, becoming the first former US president to reach that milestone.

"I share the same birthday with your great nation, though I am 25 years older," Carter said in his congratulations to President Xi Jinping on the eve of China's National Day.

Ambassador to the US Cui Tian­kai on Tuesday joined hundreds from the US and beyond in an outpouring of birthday wishes for Carter.

"Thank you, President Carter, for your kind words for #China. The Chinese people cherish your friendship and contributions to the relations between our countries," Cui said in a Twitter post. "Happy birthday to you, too."

Carter, who served in the White House from 1977 to 1981, said he had witnessed how the Chinese people suffered during much of the early 20th century and how China's transformation into the world's second-largest economy lifted hundreds of millions out of poverty in the last four decades, according to Xinhua News Agency.

"Rosalynn and I wish you great success in leading China," the former president was quoted by Xinhua as saying in the letter.

Carter and his wife Rosalynn also wished China "every achievement in its domestic harmony and prosperity and in its contributions to global peace and development".

Kenneth Quinn, president of the World Food Prize Foundation, said the transformation of China as outlined in Xi's National Day remarks represents "the single most significant" development in Asia since his arrival there as a young diplomat in 1969.

"Over the last four decades, I have watched with fascination the economic and agricultural policy reforms that (have) brought such dramatic progress, particularly in reducing poverty," the former US ambassador to Cambodia said in an email.

Inger Andersen, executive director of the United Nations Environment Programme, said China's remarkable development in the past seven decades could inspire many other countries.

In an exclusive interview in New York, Andersen congratulated China on its achievements and lauded its contributions and its leadership role in environmental protection.

"I'd like to congratulate China on its 70th birthday," she said.

"What strikes me the most is the remarkable development that the country has gone through, from being an impoverished, agrarian economy to being what it is today — a vibrant, global economy, the second-largest economy in the world, and commanding significant economic interests," Andersen said.

"This development shows very much that poverty is not something permanent," she said, which coincides with the rationale behind the UN 2030 Agenda for Sustainable Development adopted by all UN members in 2015.

China's development "shows that we can see countries rise into economic growth and wealth — it gives hope to many other countries", Andersen said.

Yevgeny Afanasyev, a senior Russian diplomat who had worked in China for five years, said the world is watching the celebrations of China's 70 anniversary.

"Now China is getting stronger, and I'm glad to see its rapid development," he said. "The leadership of the Communist Party of China is crucial to the nation, and the Party has led the Chinese people to solve various problems along the way to China's development."

Echoing Xi's remarks that China had produced amazing achievements through concerted effort and arduous struggle, Yohei Sasakawa, chairman of the Nippon Foundation and goodwill ambassador of the World Health Organization, said he congratulates China on that from the bottom of his heart.

"In the past 70 years, China experienced a very poor and difficult period and changed into a modern China that is so great today," said Sasakawa, who was born in 1939. "As a witness to this whole process, I sincerely hope that China will achieve greater development in the future as a leading force to promote world peace."

Masanari Koike, a former member of Japan's House of Representatives from Shizuoka prefecture, said that through Xi's speech, he could feel great pride in modern China's development and its bright future.

Ivona Ladjevac, head of the Regional Centre "One Belt, One Road" at the Institute of International Politics and Economics in Belgrade, Serbia, said that while it is almost impossible to sum up 70 years of achievements in a speech of barely half an hour, Xi succeeded in doing it.

She said that Xi highlighted the root of Chinese greatness. All credit for the outstanding rise of China go to diligent Chinese people of all nations who nurture unity. Their sense of belonging to China as well the awareness of the importance of leaning on their own strengths are the most important spirit that has moved the development of China.

Robert Biedron, member of the Committee on Foreign Affairs of the European Parliament from Poland, said: "It's a very special day and a significant anniversary. Over the last 70 years China made a huge step.

"Today, China can be an inspiration for the world, Europe and Poland. Constantly growing its economy and the prosperity of a significant part of the nation, it is a symbol of Asia in 21st century."

Rajneesh Bhuee, a consulting economist in Nairobi, Kenya, said the Belt and Road Initiative is one of Xi's prime projects and has been focused on infrastructural development, especially on regional transportation and connectivity projects. Africa needs capital for its infrastructure development and the BRI is a building block with significant potential for intensifying China-Africa economic relations.

Oh Ei Sun, a senior fellow at the Singapore Institute of International Affairs, said Xi has emphasized the importance of national unity and solidarity in achieving national rejuvenation. He stressed those points as key to China's experience.

The period of reform and opening-up has seen the unity and solidarity of the Chinese people. This has supported progress and development and created economic miracles, making China the world's second-biggest economy.

Aaron Rabena, program convenor at the Asia-Pacific Pathways to Progress, a Manila-based foreign policy think tank, said Xi emphasized national rejuvenation because China wants to be in a certain position in history — a respected major power.

"For China to achieve that, China has to rise, to develop peacefully. It has to achieve this by avoiding war and conflict at all cost. And this includes internal conflict, with the need for internal stability," he said.