WORLD Congress could get Mueller report in April, Graham says

Congress could get Mueller report in April, Graham says 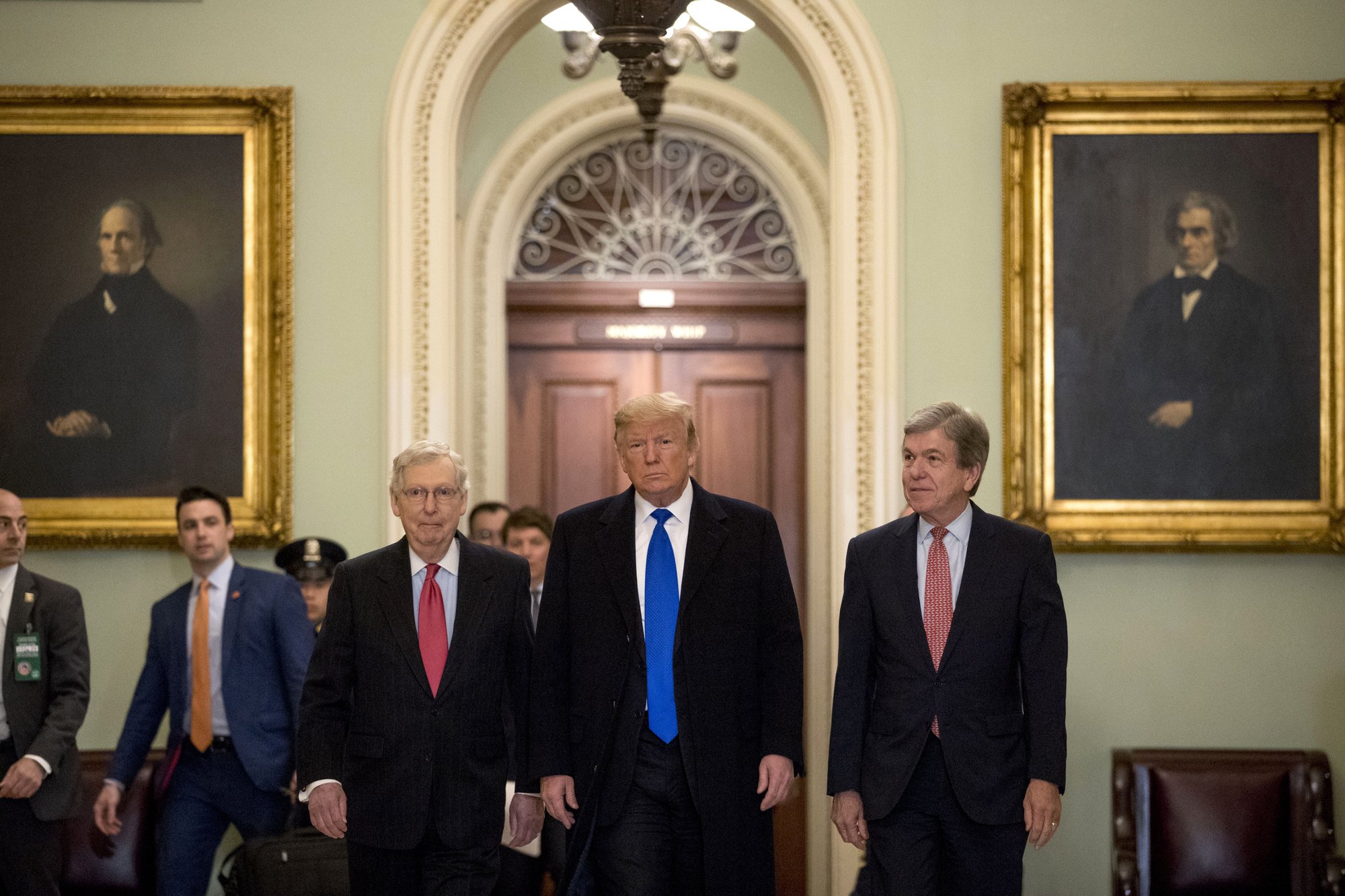 US Attorney General William Barr has told the chairman of the Senate Judiciary Committee that he’s combing through special counsel Robert Mueller’s report, removing classified and other information in hopes of releasing it to Congress in April.

South Carolina Sen. Lindsey Graham told The Associated Press on Wednesday that he had dinner the previous evening with Barr, who said he is willing to testify before Graham’s committee after he sends the report to Congress. Justice Department officials said Tuesday that more information could be released in “weeks, not months.”

Democrats, meanwhile, frowned at the waiting game. Rep. Elijah Cummings, one of six committee chairmen who have demanded the full report by Tuesday, said much about the path forward depends on whether the report backs up Barr’s conclusion that Mueller found no evidence that Trump colluded with the Russians to influence the 2016 elections. By Barr’s account, Mueller made no finding on whether the president obstructed justice, a question now in Congress’ hands.

“The president has now an opportunity for weeks, it sounds like, to do these victory laps,” while Democrats wait on key decisions about investigating the administration, Cummings said.

Challenges lie ahead for both the Republicans and the Democrats who hope to deny Trump re-election next year. Both parties are readjusting their aims and strategies in the post-probe landscape, pivoting to health care and other issues that are more important for many voters, even with Mueller’s full findings still unknown.

Graham said the attorney general is going through the report to take out grand jury material and classified information, neither of which can be publicly disclosed under the law.

Barr wants to make sure nothing is released that could compromise national security or intelligence sources and methods, Graham said. He said Barr also told him he wants to check with prosecutors who have cases associated with Mueller’s Russia investigation. Mueller had referred cases to other federal courts as part of his probe.

Graham later told CNN he had spoken to President Donald Trump about the Mueller report, who said “just release it.” Graham said Trump was unlikely to claim executive privilege on any of the material.

The attorney general released a four-page summary of Mueller’s confidential report on Sunday that said the special counsel did not find that Trump’s campaign “conspired or coordinated” with the Russian government to influence the 2016 presidential election. It also said that Mueller reached no conclusion on whether Trump obstructed the federal investigation, instead setting out “evidence on both sides” of the question.

Emboldened by the end of the investigation, Trump on Tuesday strode into a high-spirited gathering of Senate Republicans, flanked by party leaders, saying the attorney general’s summary of Mueller’s report “could not have been better.” GOP senators applauded his arrival, and he celebrated what he called his “clean bill of health.” He showed an eagerness to move on, Republicans said, specifically to focus anew on repealing President Barack Obama’s signature health care law.

At House Speaker Nancy Pelosi’s own closed-door caucus meeting Tuesday, she urged rank-and-file Democrats to “be calm” and focus on the policy promises of health care, jobs and oversight of the administration that helped propel them to the House majority last fall.

Not that the Democrats are forgetting Russia and the 2016 presidential election. Many Democrats dismiss Barr’s four-page summary as inadequate.

Trump has said he “wouldn’t mind” if the full report were released. But Senate Majority Leader Mitch McConnell said he’s hesitant to agree to releasing information from Mueller that would “throw innocent people who’ve not been charged under the bus.” He is blocking legislation approved unanimously by the House calling for the report’s release.

The president seemed to have heeded advice from allies, including Graham, who encouraged him to use the political capital he’s now gained to accomplish policy goals.

Pelosi’s advice to Democrats to stick with the strategy that won them control of the House in 2018 was reinforced by Obama himself, who counseled freshman Democrats at a reception Monday night.

Obama advised the newly elected lawmakers to focus on constituents’ hopes and concerns, while also identifying issues they feel so strongly about that they’d be willing to lose their House seats in fights over them, according to people at the private party.

The focus must go beyond Russia and collusion, Democratic leaders said.